Three views of the future of media

The media future is all about always addressable consumers, interactive, evolving ebooks and understanding how people's brains work… 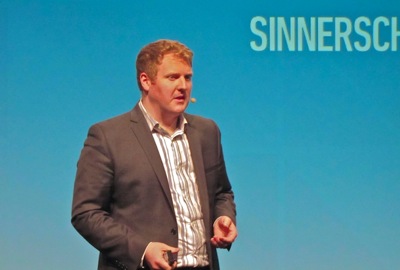 The world has changed a lot since 1993. From cassette tapes to MP3s. From “hyperlinks” to just “links”. The question is no longer “are people using these online tools” to “how are they using these tools”. They are the always addressable customer. People are going online frequently, from multiple times and multiple locations. The ones doing all three are the always addressable ones. There 40% of the population in the US.

It’s not about the technology any more for these people. Your aim is to make it invisible. Your audience want you to help them address the ways they want to do. We talk about “social” and “local”, but people don’t care about the buzzwords. They care about convenience and relationship.

The question of “where to use analog and where to use digital” is the wrong question. The tools should be in the background, supporting customer life cycles. The nature of the tools doesn’t matter – it’s their effectiveness and depth. You start building customer ecosystems rather than worrying about earned and owned media.

Lee Cowles, Blurb – beyond the ebook – what happens next? 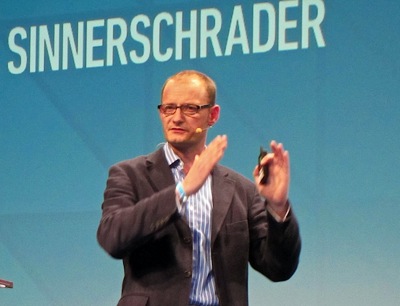 Everyone has an e-reader – often the phone. And they come in many flavours. They started as a long list of text. You can do PDF stuff, but it doesn’t scale well. And Apple’s fixed format ePub looks like a book, but doesn’t do much. ePub 3.0 is the holy grail. But the most interesting thing is Apple’s iBooks Author, which creates really interactive books. Physical books will stay around, but eBooks are starting to do things physical ones can’t.

Stories are evolving things. Seeing that people have highlighted a bit of text isn’t as useful as knowing WHY they did it. People pop away from the book to look up things they’ve come across. Can we integrate that within the book.

Blurb has started to experiment with eBooks – selling a few thousand authors – and they’re the ones who figure out hope to monetize. Blurb is acting as a platform. Bloggers, for example, have a lot of content, which they sell as eBooks to their audience. Models are emerging which are somewhere between a magazine and a book – you subscribe to a “book” on a specialist subject, which evolve and develop over time.

Now, each author is learning about social media and marketing individually, and a central support has the ability to help them find shortcuts. 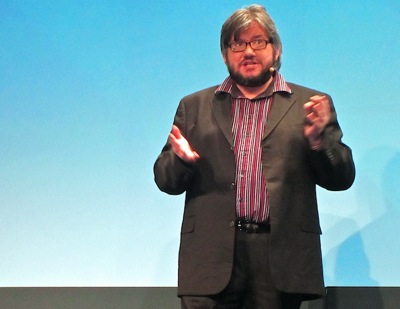 Steve Jobs famously said that it’s not the consumer job to know what they want. He didn’t go far enough. They’d be terrible at it even if it was their job. It’s the market researcher’s job to know how consumer behave.

Daniel Kahneman thinks that there are two levels of decision making – instinctive decisions made quickly, and cognitively made, slow decisions. System 1 decisions are made more often, system 2 are less powerful – you really have to strain. System 1 is emotional and experience-based. System 2 is slow, instinctive and cognitive.

Play French music in an off-licence, and people buy more French wine. Have someone walk down a train eating pretzels, then more people will buy pretzels from the trolley service. People like to copy. Judges are more likely to send people down when they’re hungry. System 1 rapidly overwhelms System 2 under cognitive strain.

Marketers are getting excited about Pinterest right now – because it’s easy to use and it triggers the social and emotional factors that are part of System 1. And it creates your Pinboards for you when you sign up – with Products I Love number one. Web media is way ahead of offline marketing in this.  The web is a mess of metrics, version testing and data. A greater focus on the role of emotion is one way of making use of this data.