Instagram catches up to the mid-2000s by launching embedding functionality. But does the app native company really understand what it's doing? Alleluia. The whole blogging and publishing word was delighted to learn this week that Instagram is finally – finally – making its photos and videos embeddable on other websites.

It’s not hard to see why the Facebook-owned photo app has made the move:

It’s a sensible, if belated, move from Instagram to make their content more easily spreadable, in the way that Vine and Twitter are; it’s hard to see it as anything but a way to encourage people to make more use of its video features, by making those videos are more broadly available

That’s not to say that the move has been universally well-received, though. As the Nieman Journalism Lab blog pointed out, this isn’t exactly the most flexible of embeds:

There’s one way, though, in which it’s not particularly publisher friendly. Unlike, say, a YouTube embed, there’s no option on the embed code to set the width of your content well — it just defaults to 612 pixels wide. (Instagram’s web interface uses that size.) But 612 pixels is too wide for lots of publishers’ sites.

That’s a fair point – it’s a surprisingly inflexible way of embedding. I could only use the embed above by switching away from the default two-column format of this blog.

In fact, this feels like the meeting of two cultures in a way that proves that the latter doesn’t really understand – or care about – the former.

The Web 2.0 era of the mid-2000s was all about embedding. People hosted their own “social media” – be it blogs or forums, and embedded content from specific hosting sites – Flickr for photos and YouTube for video. That’s what allowed these services to spread so fast – wherever you went on the web, you’d find little bits of them extruded onto other people’s sites.

Instagram, though, is a child of the app era, which started life as a game, and where what happens on the phone all too often stays on the phone. Its web presence was a late addition, and its embedding functionality an even later one. It is, to be blunt – a rather poor, ill-informed attempt to do a core part of Web 2.0 functionality well.

Of course, the reverse is often true, too. Flickr’s mobile app isn’t a patch on that of Instagram. In particular, the bizarre way you have to swipe left and right to see all the photos your friends have posted, as well as up and down to move through your friends isn’t a patch on the simple, effective reverse chronology of Instagram. You can switch to a mosaic view – but that doesn’t give you the “wow” factor of the larger images in Instagram: 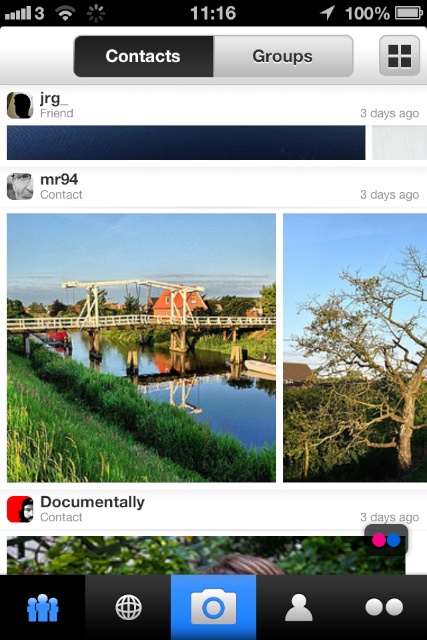