Can machines learn multi-channel interfaces? Where is VR going? Is eye tracking the future? And is the cyborg dream coming true? NEXT14 explores the interface… Narrativ is in the searchable photographic memory business. It’s the size of a stamp – and you just clip it to you, and it starts taking photos. It has no buttons, it’s automatic, and is always on as long as the lens is exposed. It has 5MP camera, GPS, and 8GB on memory. It lasts about two days on a charge.

It takes a photo every 30 seconds. When you attach it to a computer, it uploads the pics to the cloud, and they can they be accessed through smartphone apps.

How do you make a camera honest but subtle. They wanted it to be visible but discreet, and it be clear that it was there for taking photos. The camera lens being centred made it look too much like an eye, so they went with an off-centre lens. 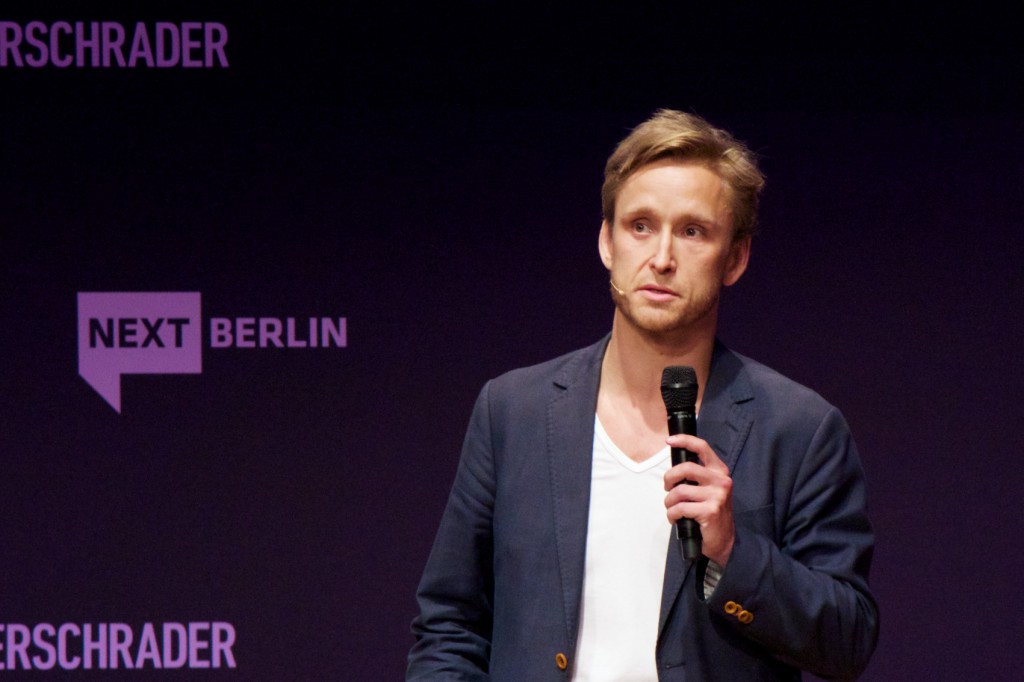 Eye tracking uses a dedicated piece of hardware to track what you’re looking at on a screen. Now, imagine looking at a device, and interacting with it just by looking at it – it’s truly effortless. It’s incredibly fast. Eye tracking plus a new UI paradigm could create Eye Control.

Imagine scrolling a web page scrolling when you look at the bottom of the page, or an ebook turning the page when you reach then end of it. Eye control could make gaming very, very fast – or creating new game categories. Screen unlock could be done through gaze and face recognition.

Could we end up with pay-per-gaze advertising?

But how do you “click”? Blinking is too imprecise – and “purposeful” blinking strains your eye. Therefore, the best approach might be eye control in combination with other input. For example, the combination of eye-tracking and your thumbs on a tablet would be a powerful mix.

Beyond the Oculus Rift 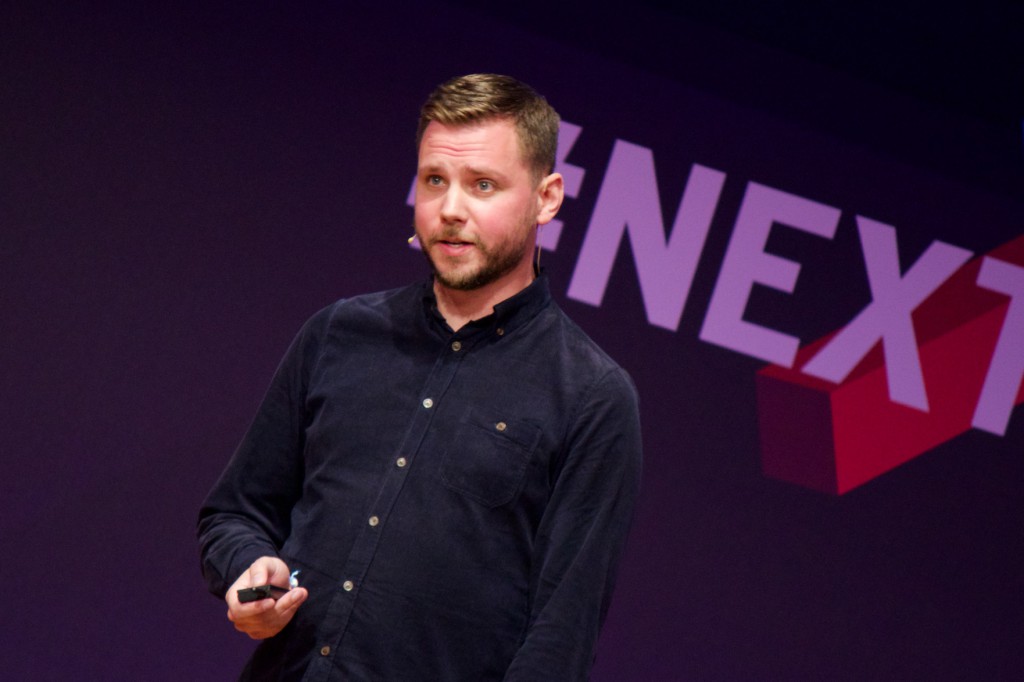 From one of the most successful Kickstarters, we’re not on the second generation of the Oculus Rift developer kit (it’s not a consumer device yet). It’s progressively solving the problems – low resolution, greater range of eye and movement detection. There are other effort going on in the field.

What they did was Nail Polish Inferno – an art project. It’s an example of how you can create the feeling of being in a 3D space. The next issue is bring things like hands and self-movement into the space. The Virtuix Omni allows you to run in place, and have those movements mapped into the virtual world. PrioVR kickstarted some motion capture suits.

There’s also work going on Augmented Reality. This mixes the real environment with virtual elements. Others are looking at hooking up VR goggles to remote cameras, so you can look around other places. 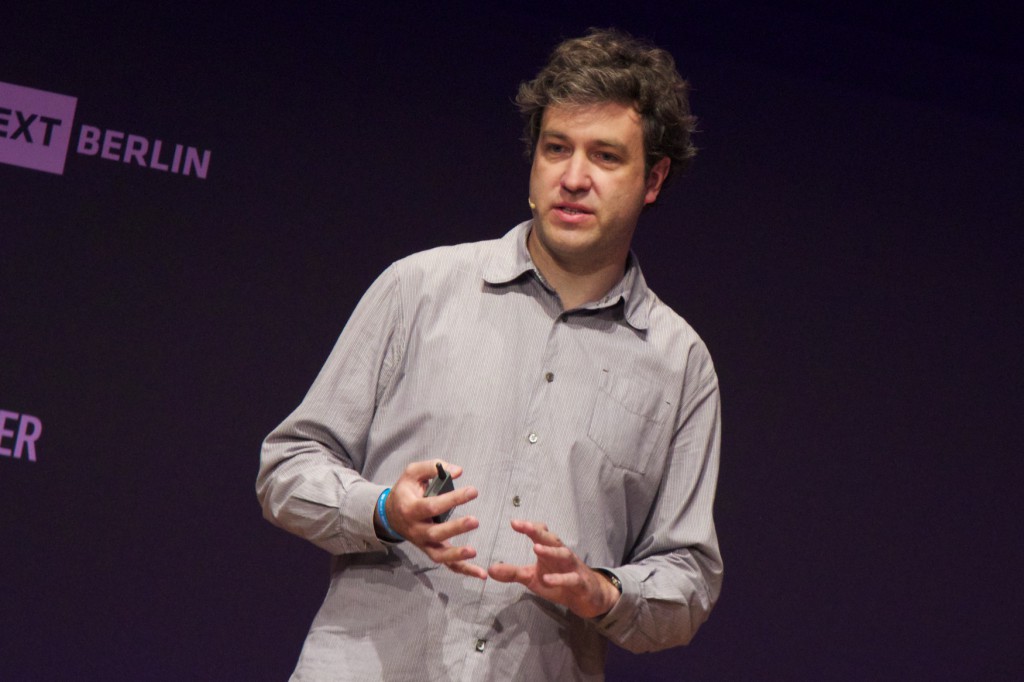 A lot of people coming into VR are from the games industry. There are plenty of other disciplines that could be involved – architecture, design, philosophers… First person shooters in VR is a case of layering one intense experience on another, with the result that they have to tone it down a little. Sometimes headsets make people feel sick, because of the imbalance between what people are seeing and what their inner ear is feeling.

Sounds and other sensory experience make a huge difference to the experience. For example, in their sky dive experience, getting people to life their feet of the ground made a difference.

Game pads are a de facto standard right now – but they’re not a great experience. They need both hands, and are complicated. People can grasp one-handed navigation controllers much, much quicker.

Interface in her face 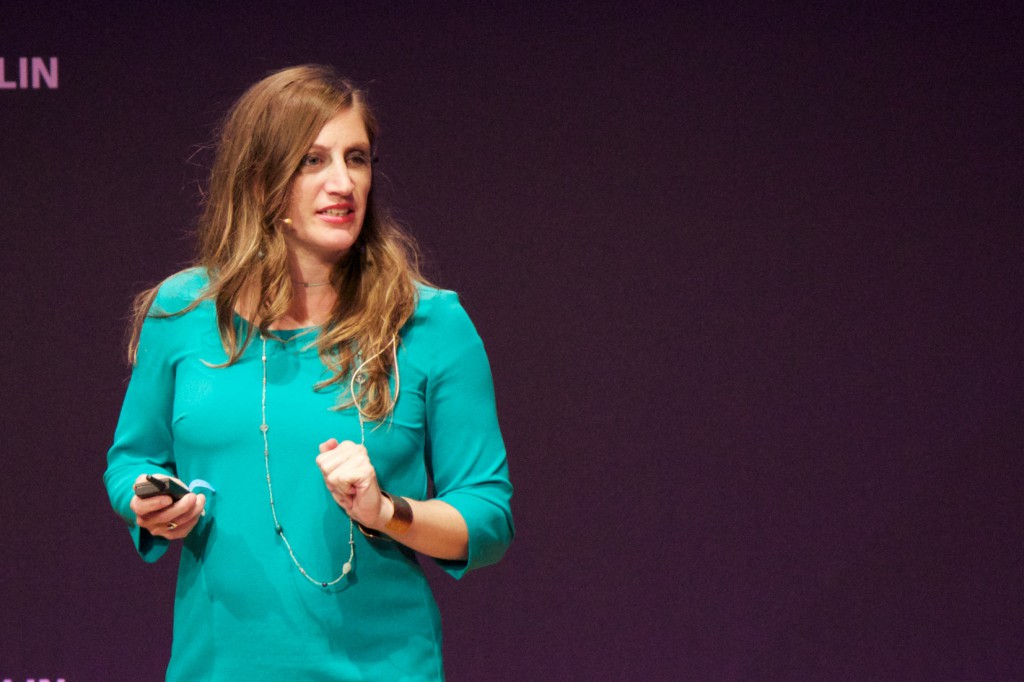 Tanya was a victim of a car accident – and has an enthusiasm for cyborg technology. She fractured her cheek bone, ruined her eye and damaged many of her vertebrae. She was “babysat” by the public library after school. She read loads of scifi there. It wasn’t too much of a far cry for her to be sat in the hospital bed with a morphine drip, to dream of a bionic eye. As part of her healing she started writing a blog, and became part of a community of one eyes. She ha da virtual community on the blog, and her real community who through a benefit for her that funded her first prosthetic eye.

Technology should be meaningful. When she started adding a video camera to her prothesis.

Horus’s eye in ancient Egyption myth was only healed with a team of other gods. She chose his symbol, because it means healing and renewal to her. Technology allows people with disability to create a new normal. Its access to technology to redefine yourself. A TEDx talk allowed her to raise enough money to get some prototyping done – but the tech is still too big. So she still needs help with that.

She calls her projects “kitten” because they’re cuddly and she loves them. MeetiPal.com – eye tracking tech she’s working with on her eccentric art projects.