The tech press loves to portray Apple and Google as two big beasts fighting over the future. But is that the reality of these businesses? All eyes will be on Apple this evening – including ours – but, before the keynote storm begins, I’d like to take a moment to look back on two announcements made last week that I think tell us a lot about the current tech landscape: 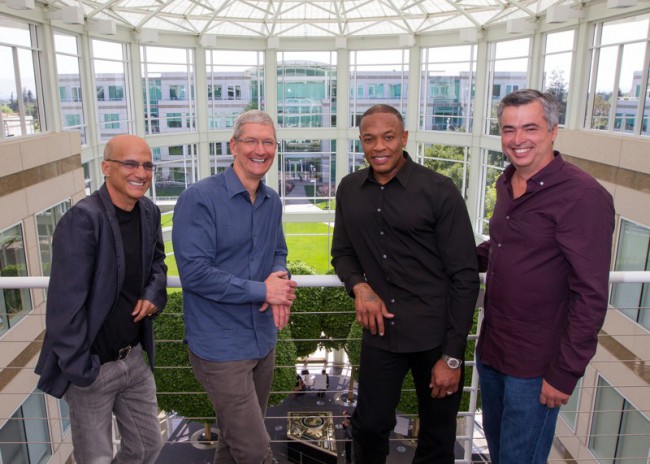 The much-rumoured and reported deal landed, and it was both huge and surprisingly well-received when it arrived. There’s been a whole bunch of great analysis of the deal already, but what most of it comes down to is:

While there’s a long-term component to this deal, there are immediate returns and (if you’ll excuse the word) synergies in it straight away. That’s very much Apple’s way – it builds its vision of the future in secret, and then releases it when it views the product and, importantly, the markets as being ready.

Google, on the other hand, announced and got a lot of press for something that isn’t even a commercial product yet. Much as it’s doing with Google Glass it’s showing us prototypes of a future that it would like to see, even if those prototypes aren’t really viable products yet. There is no present component of this announcement in a business sense – this is very much a concept product, which isn’t ready for market yet, and which the market may not yet be ready for.

It’s cute. It’s exciting. It’s almost certainly a step along the road to the future that Google wants. But it’s not here.

The more I look at these two companies, the less I see the antagonistic enemies that much of the tech press would like to see. Sure, the late Steve Jobs helped them a long way down that road by declaring “thermonuclear war” over the launch of Android. But Google is still fundamentally an advertising-via-search business that uses its vast financial resources both to defend that position, and to have fun with grand visions of the future.

Apple, by contrast, is still a product-driven company. It’s not even interested in talking about its ideas until the moment it has them in a form ready for us to buy and use. For all the millions of words written about the notional “iWatch”, the number of them that actually originate from things said by people from Apple would be significantly less than the length of this post (a touch over 500 words).

These are very different companies, with utterly different business models and approaches, that we like to classify together because they both play in the “tech” space.

Yes, playing up to the tribal conflict between the two companies’ fans is great for pageviews. But I think people who are fans of the idea of tech enabling a better future for all of us – as I suspect most NEXT attendees are – would do better by being glad that we have two so different yet so ambitious big companies in the world.