Google's major keynote of the year was long, rambling and technical - but it still painted a picture of a company with a unified vision for the future. Last week was Google’s week. On one hand, Facebook managed to reclaim the “creepy tech company” crown. On the other, an epic three hour keynote at Google I/O gave us some insights into where the company was going, and how it sees the world. And, unusually in recent years, there were few distractions in the shape of its more experimental products. Google Glass did not feature, and autonomous cars were nowhere to be seen.

Instead, we got a deep look at Android, and the ecosystems that surrounds it. Android is going to be in your hand, on your wrists, in your car and on your TV. It might even be in your laptop, and Android apps make their way into Chromebooks. The presentation was very much about Android as a platform, and because of that it felt like the start of a major attempt to unify and interlink Google’s various service more than ever.

The most visible expression of this was the introduction of the Material Design language that is both a development of the card metaphor we’ve seen in places like Google Now and Google+ and also the beginnings of a common language across the whole of Google’s offerings. 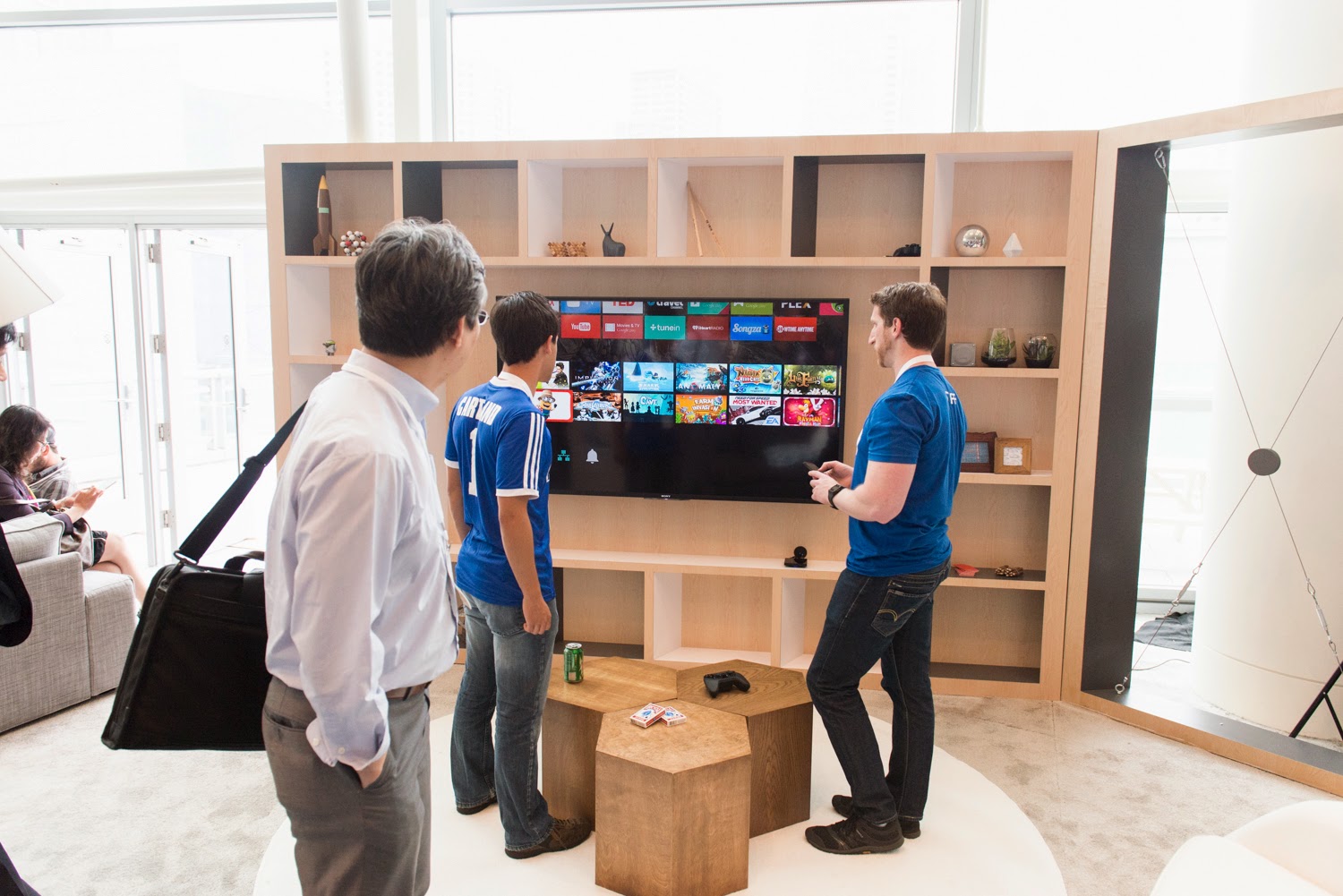 Lurking underneath this is a fundamental part of Google’s vision: that the devices in of themselves are not the important thing. They’re just windows into the data that matters, the digital representation of you that exists within Google’s services. Whichever little glass window you’re looking at that data through – the one on your wrist, the one in your pocket, the one in your bag, or even the one in your car, Material Design ensures that it feels essentially the same.

It’s an interesting half-way house between Microsoft’s “one OS everywhere” and Apple’s “interlocking experiences” approaches. Google is trying to enforce a universal design more strongly than Apple – and is notably not giving its partners on watches and cars the freedom to skin Android in the way that phone partners have right now. 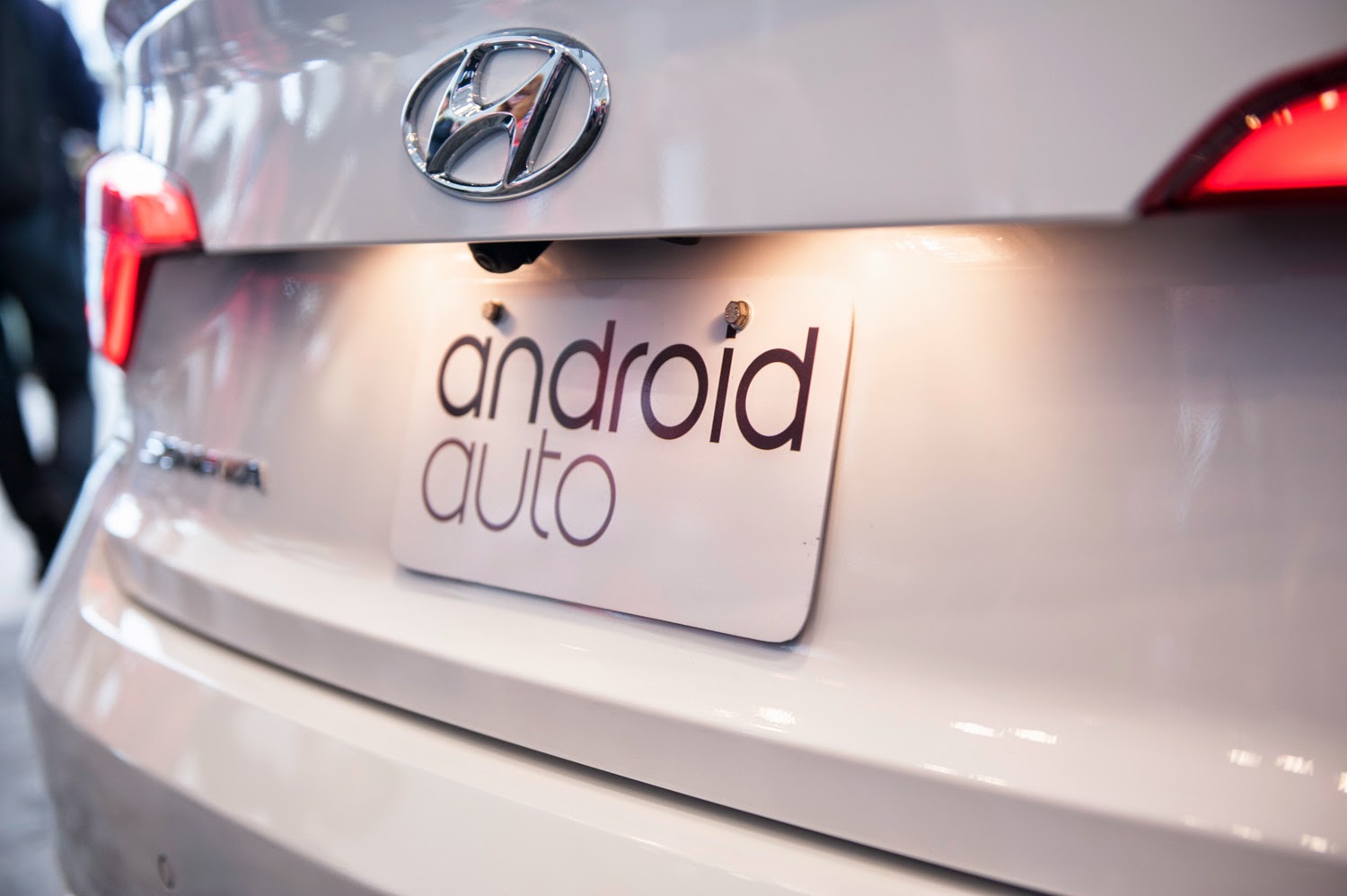 (This same, more proscriptive approach can also be seen in its Android One devices

Right now, that’s a tough vision to sell. Many people have become manifestly less excited by the idea of storing their data in the cloud since it has become clear that Governments have been helping themselves to that information extensively over the last few years.

That, coupled with some other announcements – such as their desire to have all “connected screens” context aware, based on locations – means that there’s going to be a whole lot more information about you passing through Google’s servers. How comfortable are you with that in the post-Snowdon world?

Interestingly, the Material Design language is NOT app-specific. It’s designed to be used on the web as well, and we were given demos of Search results using this language. Indeed, the new Android multitasking view doesn’t differentiate between open Chrome tabs and and applications. There’s heavy blurring of web and apps emerging in what Google is doing

There’s a whole bundle of performance improvements in there, which suggests that Google are working hard on making Android work better on cheaper (and older) hardware, which is probably critical given its market skew. The same apple to its battery life efforts, which are a common complaint. 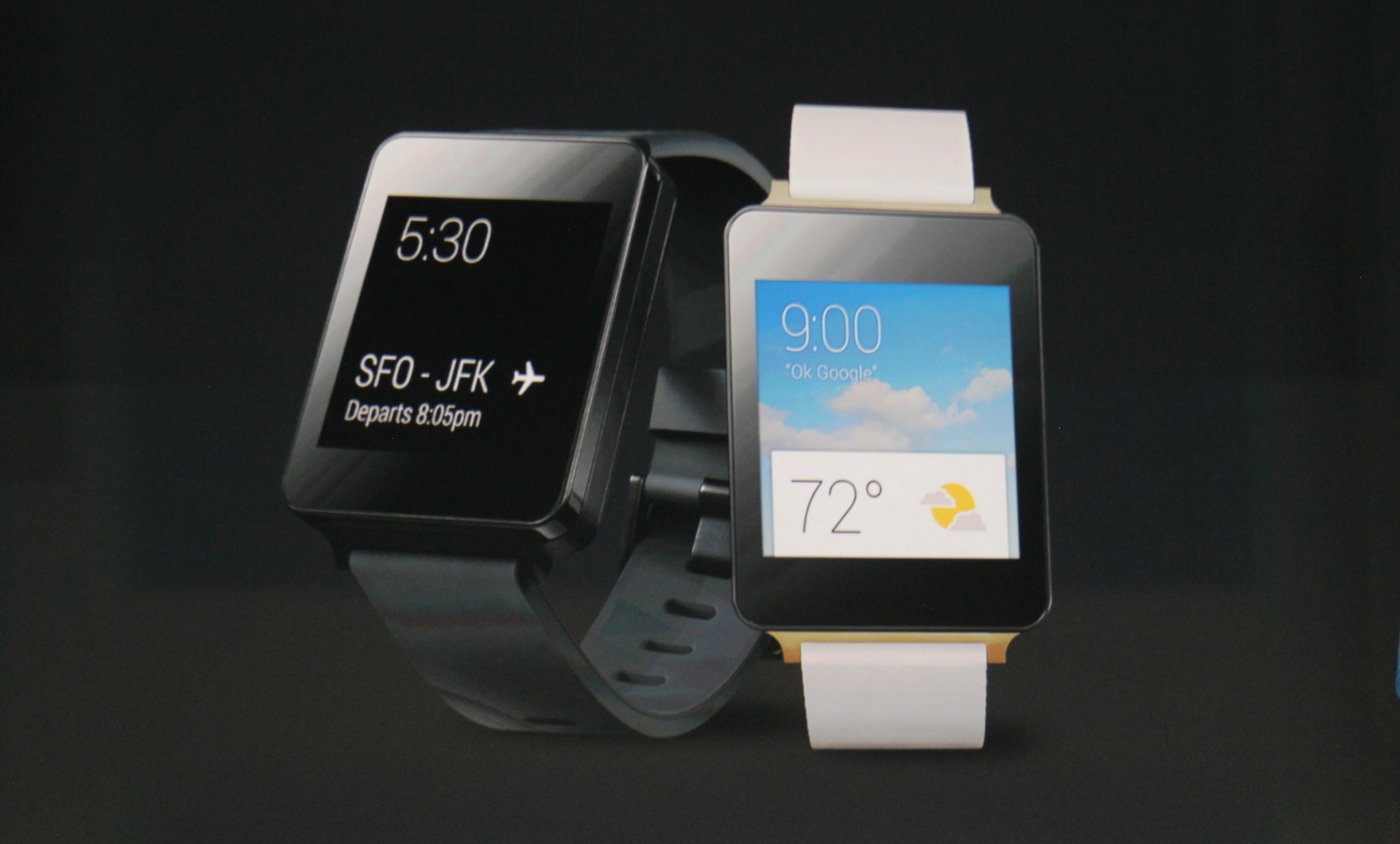 Well, the Android Wear watches are here. There are three of them: two rectangular and one round. You can order them now, and they’re pretty cheap – a few hundred Euros. But they’re pretty clearly extensions of your phones.

Right now the videos give a sense of people “pawing” at their wrists in a slightly odd manner. It’s perhaps an inevitable consequence of the small form factor. You’re only going to get a few facts on the screen at one time. Instead, it’s just projecting the “snacks” of information you’d normally have to get your phone out to check onto your wrist. It’s the ultimate notification screen, in essence. And the perfect place for Google Now to pro-actively tell you what you might need to know.

Interestingly, they made a few allusions to the watch being an identity tool – that other devices will recognise its proximity, and thus recognise that you are there.

That additional aspect is probably going to prove to be important. A tiny info screen on your wrist doesn’t seem a terribly compelling proposition in its own right. We’re going to need more compelling reasons to strap this little computer to our wrists.

Notably, though, there is no “Nexus watch”.

If there was a theme to the event it was this: Google is stepping back from its flirtation with being a hardware company, and focusing on being really great platform for building products – physical and digital – on top of. But that shift comes with a price – it’s starting to lock down and unify the experience. If you want to play with Android, get ready to learn to love Material Design.