Foursquare has changed. Its defining feature of Checkins now live in another app, with neutered mayorships. But its vast database is now front-and-centre. Thanks, gamification, but good night.

Foursquare has been around a long time now. It seems wrong to call it a start-up any more. But given how much it has changed in the last couple of months, maybe that’s how we should view it again. Last week, the service came to the end of a process of completely revamping how it operates, with the launch of the new Foursquare app, one that does away with Mayorships, badges and check-ins, and focuses on discovery:

So, what happened to checkins? They’ve been dumped out into a separate app called Swarm for some months now. That does away with badges, and Mayorships in the old sense. Now you can only become the mayor of a place amongst your friends, not the overall major.

And frankly, that had me breathing a sign of relief.

I developed something of a Foursquare obsession about four years ago, when I moved to my current home town. While many of the local places had been entered into the app, few of them had mayors, or well-defended Mayorships. I found I could quickly win mayorships of all my favourite haunts in this new town – and pick up some more, as I explored. I ended up in an extended battle with some local chap to win the Mayorship of the spit of land I live in. I won. It felt good.

These were fun times.

In the last year or so, they became less fun. More people started “playing” in my neighbourhood, and defending Mayorships became hard work. In particular, one guy started checking in everywhere, even when places weren’t open. He added places just so he could checkin and become mayor of, essentially, imaginary places. This was both annoying to me as a competitive soul, but also worried me in terms of the Foursquare database. This guy was filling it with terrible data, just to “win” at the game. I wanted to walk away, but my competitive urges wouldn’t let me.

Once I’d started thinking about the data distortion the competition was creating, I wondered if Foursquare would eventually start downplaying checkins. Clearly the value in the company was in the database they’d built – and gamification was helping them do that. They were developing a huge database of property use, and activity within these properties, that other companies were paying thousands of researchers to do for them – and with much less frequent updates. But had they crossed a Rubicon, whereby the ramification was polluting their data more than adding to it?

The update gave me the answer I was looking for.

The third life of Foursquare 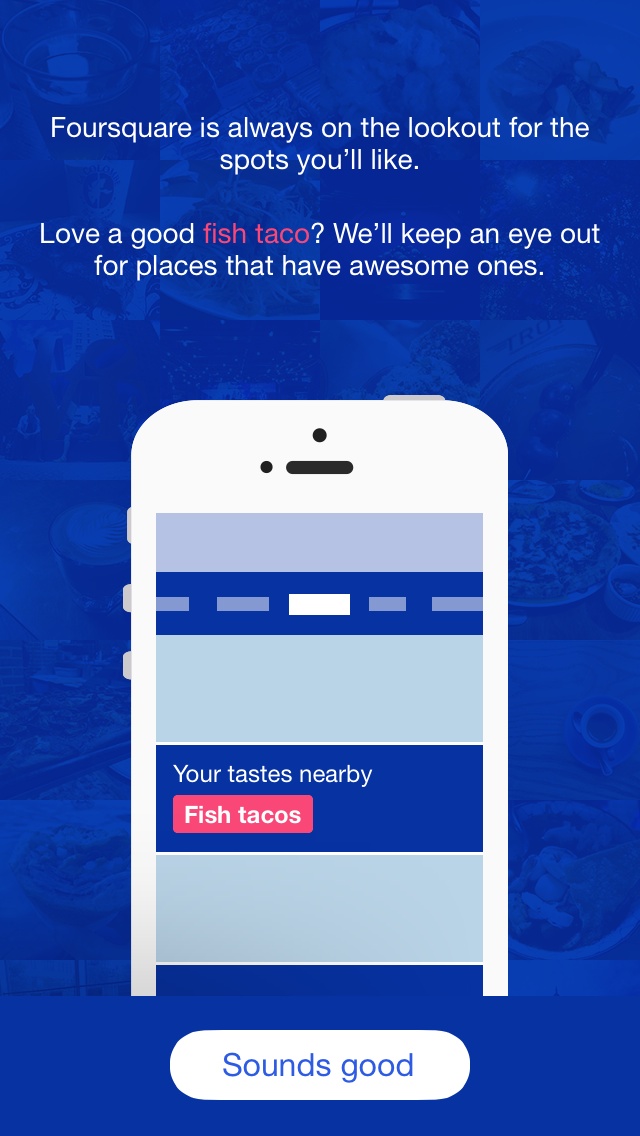 It’s easy to forget that the origins of Foursquare were with Dodgeball), a startup sold to Google, and eventually closed down. Foursquare was its offspring, once co-founder Dennis Crowley left Google. In essence the Foursquare and Swarm we see now are the result of 14 years of evolution: how many other products can say that?

The new Foursquare is a very different beast. It’s a discovery app, allowing you to find good places around you, especially when you’re in unfamiliar territory. The old Foursquare could do this, but it was hard. I’ve been in Berlin, Hong Kong, New York and other cities in recent months and it never occurred to me to find places via Foursquare. The new app makes it really easy to do so.

Indeed, the split was driven by exactly that problem:

Earlier this year we sat down as a company and looked at all the amazing pieces of technology we had built. Foursquare then had two distinct use-cases — keeping up and meeting up with friends, and finding places to go — and we’d tried just about every way possible to have them live together in a complementary way. We came to the conclusion that there were millions of people that want a better and more personalized search experience than currently exists, but are averse to check-ins and location sharing.

The new app does nothing but make it easy to find interesting, popular places around you, tailored to your own tastes. My results using it in France last week were mixed – but I was out of the Anglophone world, in a fairly small town, that’s pretty much of the tourist trail. My next city jaunt will be more telling, I suspect.

There’s little doubt that Foursquare wouldn’t be where it is today without the ramification of the app. But, to my mind, there’s equally little doubt that it had become a burden, rather than a benefit. Swarm’s complete abandonment of the Mayor system as was is a strong signal of that. But equally, this isn’t a picot, in the much-abuses start-up sense. This is a natural evolution of what Foursquare does, one that would have made no sense in the early days of the business.

Evolution is hard. Splitting apps is hard – people haven’t reacted as badly to the Swarm/Foursquare split as others have to the Facebook/Messenger split, but there has been resistance – but for a company determined to survive as a viable busyness, not an acquisition target (Crowley was burnt by his Google experience), it’s essential.