Apple Watch: what we know and what we don’t

The Apple Watch has been announced - but it won't arrive until next year. There's much we don't know yet - but there's also an opportunity to prepare to build something new. So, this time the rumours were true. We have our smart watch. Not an iWatch, but an Apple Watch, and it is to watches exactly what the iPhone was to mobile phones. It occupies the same place in your life, but isn’t the same thing. Like all Apple’s main products, this is a computer, not a watch.

If Apple has approached this the right way – and they seem to have – they’ll have been asking “what’s useful in a computer on your wrist?” rather than “what’s a smart watch?”

Some of the answers are clear already. There’s timekeeping (of course) and the notifications from your phone that the other smart watches are already doing. There’s a huge focus on health and fitness, though, big enough that there’s an entire video devoted to it:

Then there’s the quick personal communication aspect – little drawings, sounds and touches of feedback that are meant to keep people who are separated geographically feel emotionally connected to each others.

But there’s still so much we haven’t seen. On stage, Apple CEO Tim Cook referred to the fact he uses his watch to control his Apple TV. This, we have not seen. Someone else uses it as a viewfinder for his phone’s camera, Cook told us. Again, this we have not seen. It can be used to play music, based on screen we saw, but we haven’t seen how that works. And many of the other icons we’ve seen are unexplained – so we can only guess at their purpose.

Indeed, most of what this device will actually be used for we haven’t seen – because it doesn’t exist yet. Unlike the iPhone, the Apple Watch is launching with a full developer kit, and the ability for you to write apps for this device. And this is where the potential lies for both developers and users:

But these are just obvious extensions of things that already exist. What will developers come out with when they get their hands on the device?

Things to be worried about

There was one thing that remained completely unmentioned during the product launch – true battery life of this device. And that’s a pretty crucial figure. We know some things that have been done to extend battery life – like the screen only coming on when you raise your wrist – and we can guess at others. I suspect the only radio in the device is low energy Bluetooth, to keep the Watch connected to your phone, which will be doing all the hard network lifting. 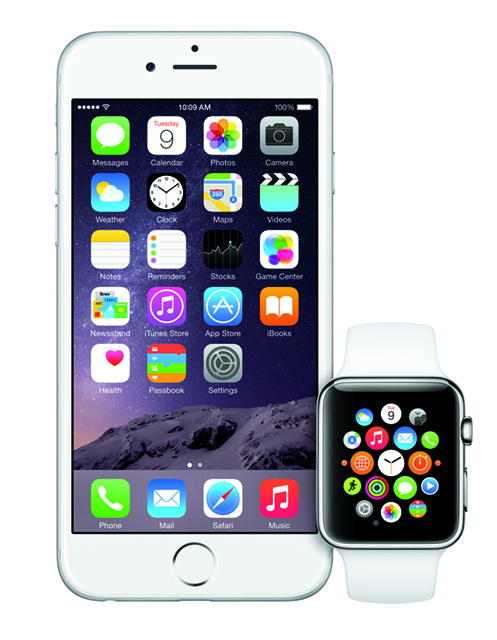 And that’s another point of concern. This is not a stand-alone device. You need an iPhone – not even an iPad – to use it. It is, in essence, a peripheral that extends your phone onto your wrist, allowing you to leave it in your pocket or handbag a little longer. I’d make a guess that that’s a technological limitation right now – there’s no way a device this small could support the battery power needed to drive any sort of cellular connection over a day or so. Maybe future battery or power tech will change that, but for now, you’ll have two devices charging on you night table as you sleep.

That’s my best guess on battery life, by the way – a full day. Anything less, and the watch becomes impracticable. I think Apple Watch users will cert soon be in the habit of putting phone and watch together to charge.

Also, bear in mind that if your phone and watch get separated, by mistake or by power loss, your watch will suddenly get a lot less useful, as connectivity disappears.

There’s a tonne of questions surrounding this device. They’re not going to be answered in detail until next year – indeed, we’re quite feasibly six months away from it arriving in the shops.

And that means it’s almost certainly an unfinished product. Rather famously, we now know that the very first iPhone we saw demoed was a lashed-together prototype that the engineers weren’t convinced would make it through the demo. The reliance on videos in the announcement suggests that, while the Watch isn’t as ropey, it’s still not ready for a major, full-on demo just yet.

Indeed, it appears that the watches in the demo area were on demo loop, rather than something you could actually use:

So, we have a vision of a product, but nothing substantial just yet. But what we do have is something that people can start thinking about, designing for and preparing to code for. Because, by next summer, there will be a lot of these on people’s wrists – and it will be up to the developers and entrepreneurs to figure out if that’s going to be a fad, or the beginning of a new ecosystem.