Four months ago, the NEXT14 audience voted Cinepass as winners of the NEXT14 Start-up Pitch. And now, they've reached another milestone: they've recently released their App for iOS. Four months ago, the NEXT14 audience voted Cinepass as winners of the NEXT14 Start-up Pitch. Since then, the Cinepass team has been working hard and have reached another milestone: they’ve recently released their App for iOS.

Cinepass describes itself as “the easiest way to buy your movie theatre ticket online and via mobile”. The start-up saw a chance to improve the movie theatre ticket industry because the founders saw a lack of innovation. A lot of German movie theatres still have the old ticket rolls with paper tickets. You can only reserve a seat online. And most moviegoers have to rely on the newspaper to find out screening times. 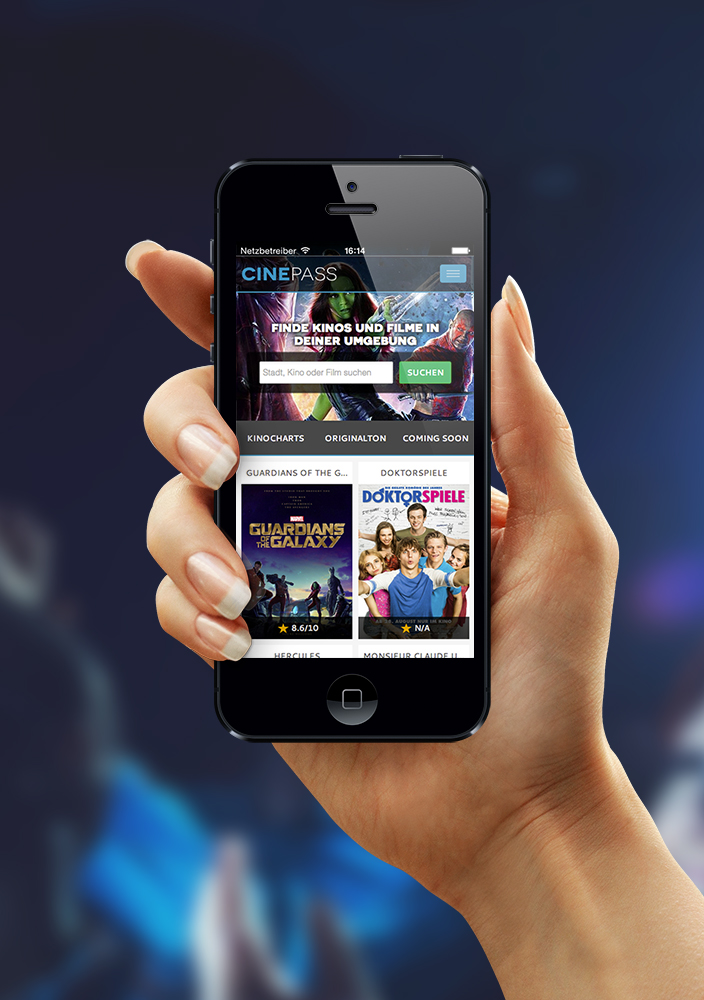 The goal of Cinepass is to combine all the cinemas in Germany into one App. It will show which movies are on at which theatres, display show times and – the greatest benefit – you can buy your ticket within the App. The ticket can also be saved on your smartphone and used to enter your favorite cinema.

The 6-person start-up from Berlin just merged with movie showtimes app “Cinery” to provide an even better service and give users an exceptional mobile experience. Cinepass now offers tickets for cinemas in Berlin and cities in Baden-Württemberg, Hessen, Rheinland-Pfalz and Nordrhein-Westfalen with the number of cinemas and cities increasing every week. The goal is to have more than 200 movie theatres on the platform by mid 2015 and also to get the first cinema chains to sign up for the service. On 01.01.2014 the Federal Film Board passed a legislation to allow the fully digital cinema ticket, meaning instead they can walk straight to their seat with their tickets. As yet, most theaters don’t have the infrastructure to seamlessly offer that service, but Cinepass is assisting its clients in the shift to a new and brighter future.

You can try out the iOS App or take a look at cinepass.de!