Sluggish iPad sales: is it becoming “just” a large iPhone?

In the wake of last week's iPad announcements, Apple has admitted that iPad sales weren't great last quarter. What's the future for its market-leading tablet? Apple announced another set of great results last night – with a few surprises in there. Mac sales were much, much stronger than expected – but the majority of the coverage has focused on the under-whelming iPad sales.

Dan Frommer has done an excellent job of bring together Tim Cook’s statements on this:

“Instead of looking at this thing each 90 days, if you back up and look at it, we’ve sold 237 million in just over four years. That’s about twice the number of iPhones that we sold over the first four years of iPhone.”

There are lots of other interesting points – iPad replacement cycles seem to be much longer than phone cycles, with people hanging onto devices for three or four years. (I’m typing this on a 3 year old iPad, for example).

Interestingly, he mentions the cannibalisation of iPad sales by Macs – and iPhones. Yes, iPhones:

“I’m sure that some people will look at an iPad and an iPhone and decide just to get an iPhone. And I’m fine with that, as well.”

You do have to wonder if someone with an iPhone 6 Plus really needs a tablet at all. In fact, where does the dividing line between the iPhone and the iPad really lie?

The blending of the iPad and iPhone 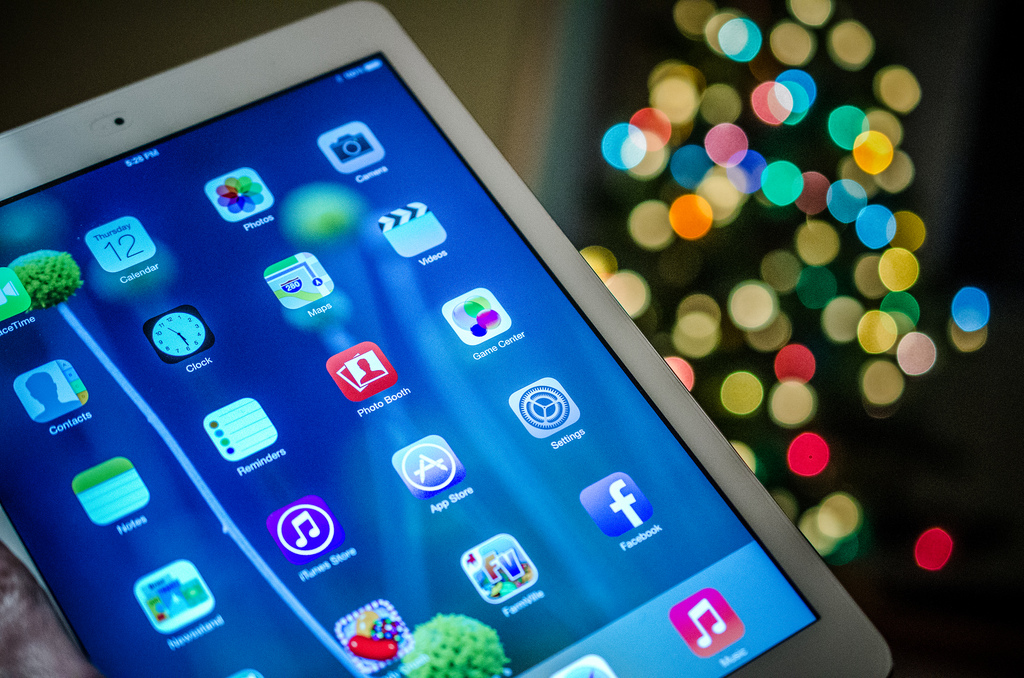 Consider this: the iPhone 6 Plus uses iPad-like views when turned into landscape mode. It is, often, functionally, between the traditional iPhone and the iPad. It really is a mix of the two.

Indeed, right now, what really differentiates iPhone and iPad is the phone functionality. The iPhone has it, the iPad doesn’t. iOS 8 has seen the first steps towards phone service being migrated over to data, with Apple’s voice over WiFi arriving in iOS8. As many suspected the iPhone 6 brought Voice over LTE, as well. If voice calls can be routed though LTE and WiFi – could the iPad start acquiring phone features in iOS9, or a future hardware revision.

Could these lines essentially merge in the future?

Images by SirMo76 and m01229, and used under a Creative Commons licence