In the first of a series of extracts from the NEXT Year! book, Olaf Kolbrück explores what Amazon’s dominant position means for costumers and marketers When Amazon chief Jeff Bezos stopped off with friends at Mount Rushmore in 2001, he was himself something of a tourist attraction – not as the CEO of a company that was powerful even back then – but as the guy from the Taco Bell TV ads, at the time for cheese tortillas.

Perhaps Bezos has harboured an ambivalent relationship with advertising since then. For years Amazon ran a mile from TV spots. Before the digital giant did eventually book TV time for the Kindle ereader, Bezos viewed classical advertising as a sign of weakness:

Advertising is the price you pay for having an unremarkable product or service.

In future he would make the advertising industry pay. In all probability the ad men didn’t even notice what was facing them. One person who did grasp its significance is Google CEO Eric Schmidt:

Our biggest search competitor is Amazon.

After all,one in every three product searches is already carried out in Amazon and not in Google. That means fewer clicks and fewer AdWords dollars for Google. But it’s not all about search.

How the world views Amazon

With the exception of Eric Schmidt, the rest of the world still sees Amazon above all as an online sales platform, as a quasi-monopolist even, which looks to gain ever more market share with little thought for profit. With good reason: almost every second e-book in Germany is bought following recommendations from Amazon. Amazon has more than 40% share of the entire book market (this, too, is only like reading tea leaves). In 2013 its turnover in books, music, electronics and clothing in Germany totalled €7.7 billion. One in four euros spent in Germany on e-commerce is pocketed by Amazon.

And Bezos is doing his utmost to ensure customers stay with him. He is building a digital conglomerate that includes:

The purchase of the Washington Post fits into the overall picture too, strengthening the content offering for the Kindle. The purchase of ‘Twitch’, a YouTube for gamers, ensures yet more content and new sales leverage.

And then there’s the ‘Fire Phone’ To date it hasn’t been a big sales hit.

Nor does it have to be.

Bezos takes a long term view of the smartphone. It not only triggers the sale of more digital content, above all it hoovers up data: with a single touch of a button the user activates the purchase-feature and can buy products, music and videos taken by its camera and/or microphone. In this way the mobile phone turns the world into a showroom, and Amazon is not only positioned right at the start of the sales process, but makes even Google search in part superfluous. Why bother typing into a search engine when a simple photo will do?

There’s more: Amazon saves photos taken with the ‘Firefly’ feature to improve the functioning of its system. Through additional GPS data, local information and other metadata the company learns more about the user: where they shop, what they do in their free time, what interests them apart from shopping and maybe what they have kept hidden from Amazon up to now.

For example, say you take a picture of your child with the recognition tool. Amazon can use this for precise product recommendations and more impactful advertising.

So while Google can only tell advertisers what users are searching for and clicking on, Amazon can tell them what they are actually buying, where and how often they are buying it, and increasingly and more precisely – with an ever closer eye on the Customer Journey – why they are buying it.

Amazon has only really been a competitor for Schmidt since the company has been accused of going after more advertising spend and utilising its data goldmine to this end. Amazon already wants to start its own display advertising network in 2015 and to place advertising space similar to AdWords. Firstly the advertising will appear on its own website, and then later also on other publishers’ sites. In doing so Amazon is entering into direct competition with Google.

And not just Google.

The targeting goldmine impacts equally on marketers, technology providers and agencies. If Amazon starts to peddle its own personalisation algorithm and its data power, it will make these service providers superfluous to some extent. It is not just a case of Amazon being able to achieve outstanding conversion rates due to its data and its reach. With each single click Amazon enhances its know-how to improve its own products, its own content and its own services. 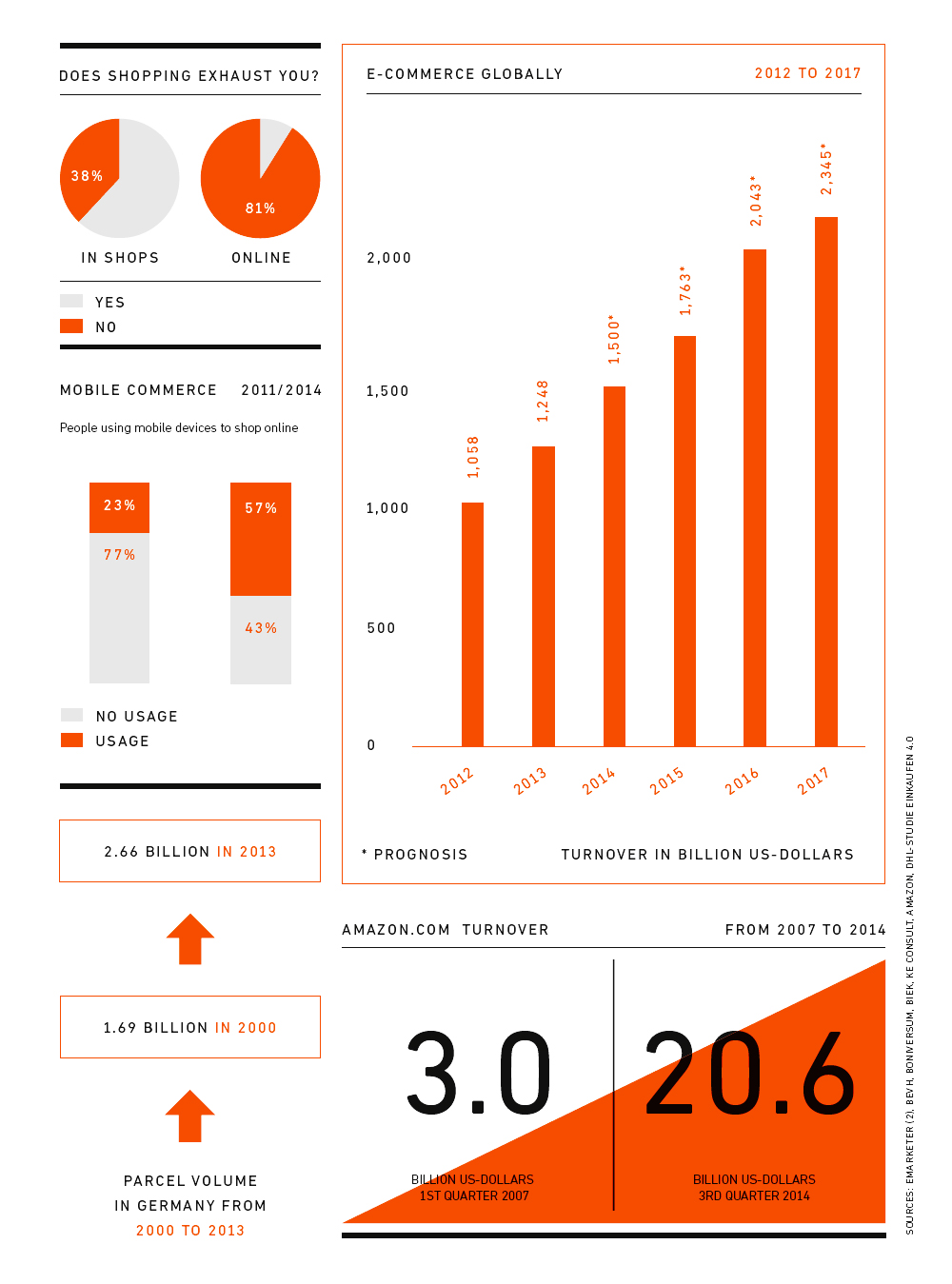 There is a lesson in how this online giant deals with its partners: if the data shows that a new product is selling particularly well in a seller’s marketplace, that is often a cue for Amazon to sell it directly – undercutting all other prices in the process. If a consumer goods manufacturer comes to enjoy double-digit market share on Amazon, Amazon puts on a real squeeze for rebates and new terms, as book publishers in particular have found out, with corresponding impact on sales too.

For Amazon is interested above all in low prices – and cross-subsidisation of the manufacturer’s and trader’s advertising monies suits that goal perfectly. Charges (effectively ‘tolls’) could work one day to the detriment of these brands, if Amazon were to support predatory pricing with marketing monies, to force through its own brands against the competition, for example. Or to undercut in the trader’s marketplace.

Ultimately, Amazon can always be cheaper, because it alone can avoid the Amazon charge.

HOW TO DEAL WITH AMAZON

OLAF KOLBRÜCK
is founder and director of specialist e-commerce portal etailment.de and author of the book “Erfolgsfaktor Online-Marketing”. From 2000 to 2013 he was a reporter with HORIZONT magazine, with responsibility for internet and e-business.