We seem to be in the age of big tech HQ projects. We’ve looked at some of the big companies already – but the latest to announce a big office project is Uber. It’s proposing a two-building development (that you can see above) in San Fransisco’s Mission district, as reported by the San Fransisco Chronicle:

On Wednesday, the app-based transportation company, which operates in more than 200 cities in 55 countries, released the first renderings of the 423,000-square-foot, two-building complex that will include an 11-story mid-rise at 1455 Third St. and a six-story structure at 1515 Third St.

It’s a surprisingly ordinary design for such a disruptive company: 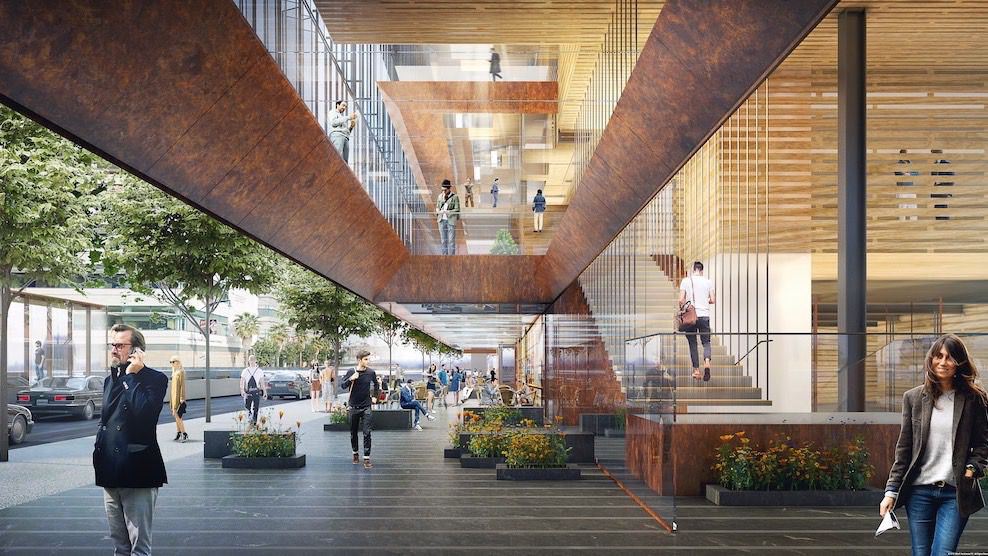 But then Uber, for all its funding, is still a relatively early-stage business. Perhaps more statement style architecture will follow when it grows a little larger…