UK police forces are looking at deploying Microsoft technology to visualise crime scenes. Why don't we get more excited about business technology? The days when discussion about tech were all about business applications have long passed. The last decade has seen such a paid consumerisation of tech, that some of the giants of the pst have really struggled. BlackBerry’s woes are well-documented, and IBM is now in a business alliance with its old enemy Apple, to bring business apps to Apple’s consumer-centric kit.

And what about Microsoft? The long-term business technology leader now seems to want to play in consumer tech, too – but under new CEO Satya Nadella, it seems to be slowly getting its business mojo back. How about high-tech eyewear for the police?

Robert Hogg, founder and MD of custom development and consultancy firm Black Marble, which specialises in Microsoft platforms, explained that his firm “will be delivering HoloLens to [UK police forces] as soon as we can. We can do some amazing things with the technology”.

People who are familiar with that other famous bit of kit – Google Glass – might shudder at the idea of police walking the beat with tech eyewear on. That’s not the idea, though.

A Microsoft spokesperson later told Computing that, while it’s unlikely that members of the forces will go out on the beat wearing the slightly cumbersome devices in the near future, the technology could well be used in the recreation of crime scenes.

And that sounds like a remarkably good idea. Anything that makes the real world a little more like the borderline scoff of CSI gets my vote…

Breaking up with consumers 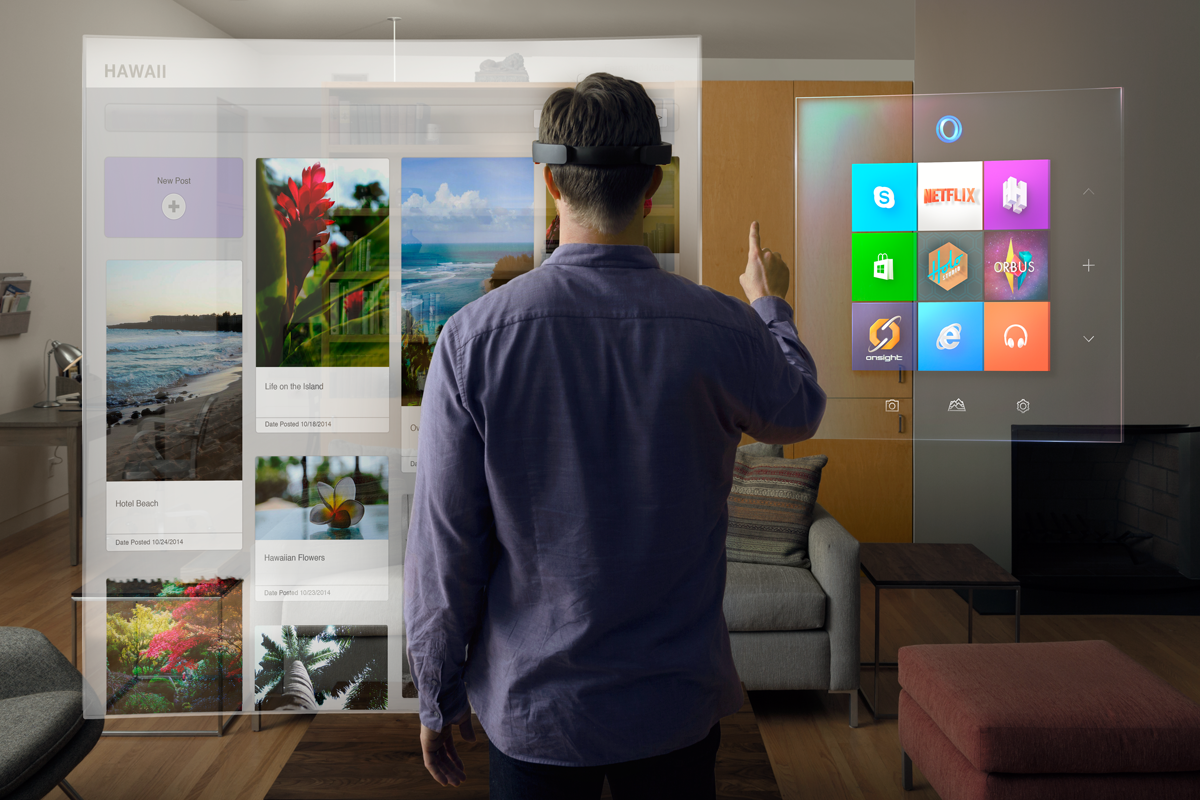 It’s interesting that even Microsoft’s marketing materials for Hololens – like the image above – suggest a consumer device. Yet, as with Google Glass, the real potential here seems to be as much about specialist application in the workplace, as a general consumer play.

There remains a huge potential business in selling technology solutions to business, yet the Apple-envy that has understandably gripped the tech world since the company’s rise to dominance has locked the discussion too firmly centred on consumer IT. Yes, the needle used to be too far in the other direction, and business technology paid no attention to the experience customers were getting home, leading to too many vendors getting way with charging a premium for an inferior experience. And the arrival of consumer tech in businesses is helping correct that.

But wouldn’t it be nice to see a few more companies celebrating their focus on making business life better?