[Liveblog] Selling to the Children of Uber

Today's generation are used to instant satisfaction via their phone. How can we sell to them in physical spaces? Two speakers explore the challenges. Two talks about selling to the children of Uber – the generation that expects instant gratification through digital means. 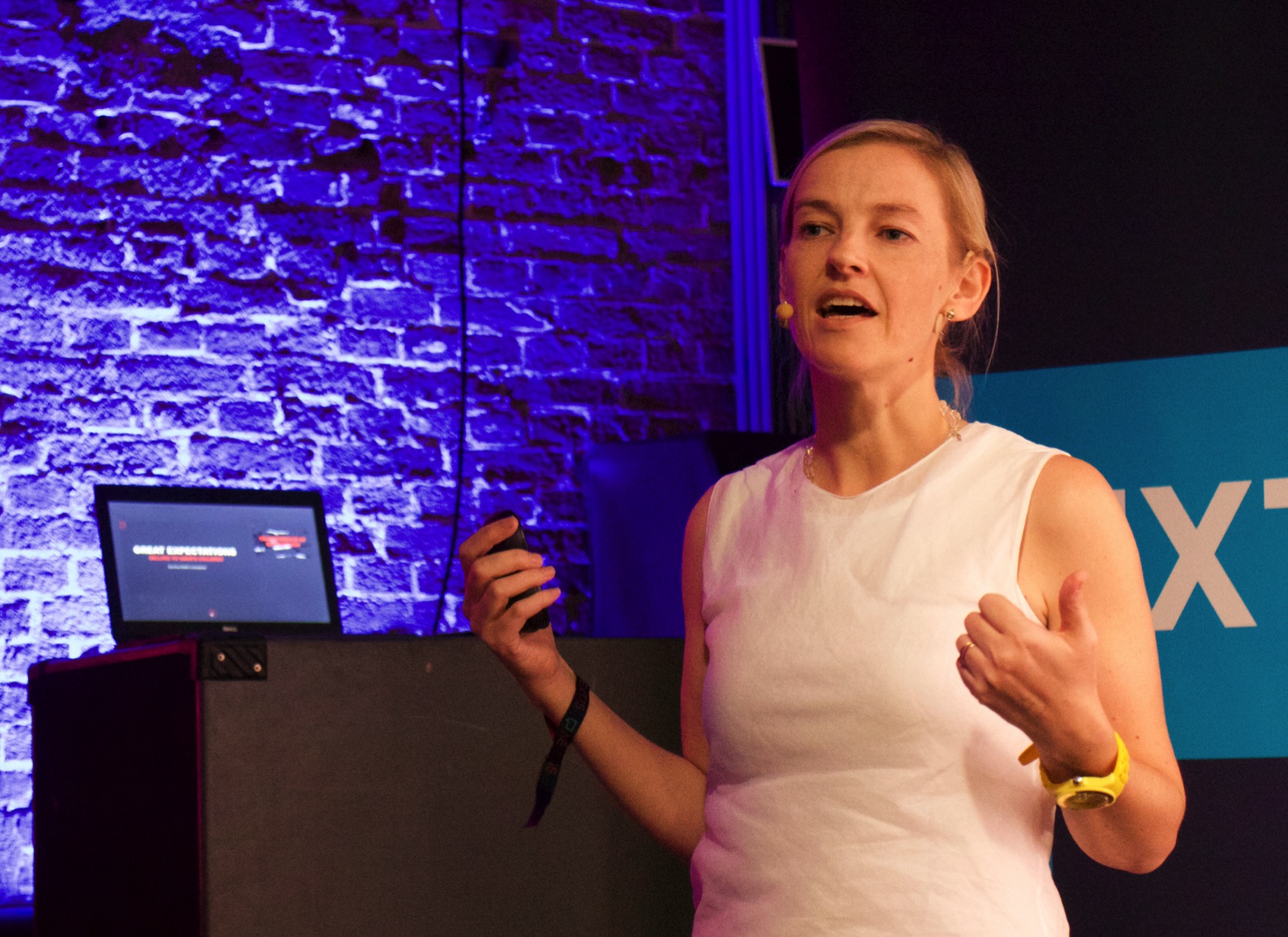 Services like Uber and AirBnB are setting the benchmark incredibly high for consumer experiences. People use them and think “why can’t everything be like that?”

Louis CK has pointed out that today’s generation are spoiled – but business are running towards them. They have money to spend.

We’re not really addicted to our smartphones, but to the information they provide. That’s something brands can work with. 87% of people research online before visiting stores. This is reverse showrooming. Google has a proximity-based marketing platform. When you search for something, it doesn’t just show you store and price – but distance and inventory, too.

Macy’s is spending lot of time and money embracing this multichannel approach. They’re indifferent as to where the customer shops, as long as they shop at Macy’s.

That’s great for goal-focused shoppers. But how about those who want to browse and discover? Topshop are working with Pinterest to analyse the colour ways of the boards to spot emerging colour trends. This moves Pinterest from being the problematic social media site to one we can usually use. They can create a colour spectrum for you, for example.

Finding ways of intelligently joining the dots between the touchpoint on different platform is an incredibly important feat for retailers/ Harvard research suggests that the journey is more important than individual touchpoint.

Content has a role to play in this. Lush is working deeply with content. It has a huge army of engaged fans. It’s huge and successful. But 60% of the population are mortally offended by the smells that waft out from the shops. It’s very strong identified with the high street – where the noses are.

Their site is highly dependent on video – the product in use, the stories if ingredients. User reviews for social validation. And the Lush Kitchen is a lab within their HQ in Poole, and they post their one-off batches of products being made – and then offer them for sale.

There’s a weird division on many sites between the information about the products, and the buying element. Lush integrates them completely. It does incredibly good business for them – 16% decline in basket abandonment, and a 64% in like for like digital orders. The kitchen alone is responsible for 10% of the sales increase.

Lush are now launching an app. It makes sense for them, because of their heavily engaged base. But people are falling out of love with the app scene. 31% of smartphone users do not download any apps in the average month. A steep increase in two years. We devote most of our time to four apps.

The big growth in app use is messaging apps. They’re growing at over 300%, while others are growing at a fraction of that. The messaging apps are adding more and more utility, including commerce abilities. WeChat did a flash sale of Mercendes Benz and sold 338 SMRT res in three minutes.

Operator is a forthcoming app that helps you find specific things. They use a mix of algorithms and their own personal shoppers. The heart of business is becoming the operations that gets everything working together, rather than the assets you own.

Powerade is fulfilling needs of customers, rather than seducing them, by installing Bluetooth LE-based vending machines that provide drinks while a running is running on popular routes in Barcelona.

Brands have a challenge of communicating meaning without narrative or storyline. For example, Dominos came up with the idea of the pizza emoji. They have an app, where you can save your favourite order. With a singe tweet with a pizza emoji, @replies to @dominos, they’ll deliver your favourite pizza to you. Dominos aims to be on any emerging digital platform. It’s pervasive pizza. 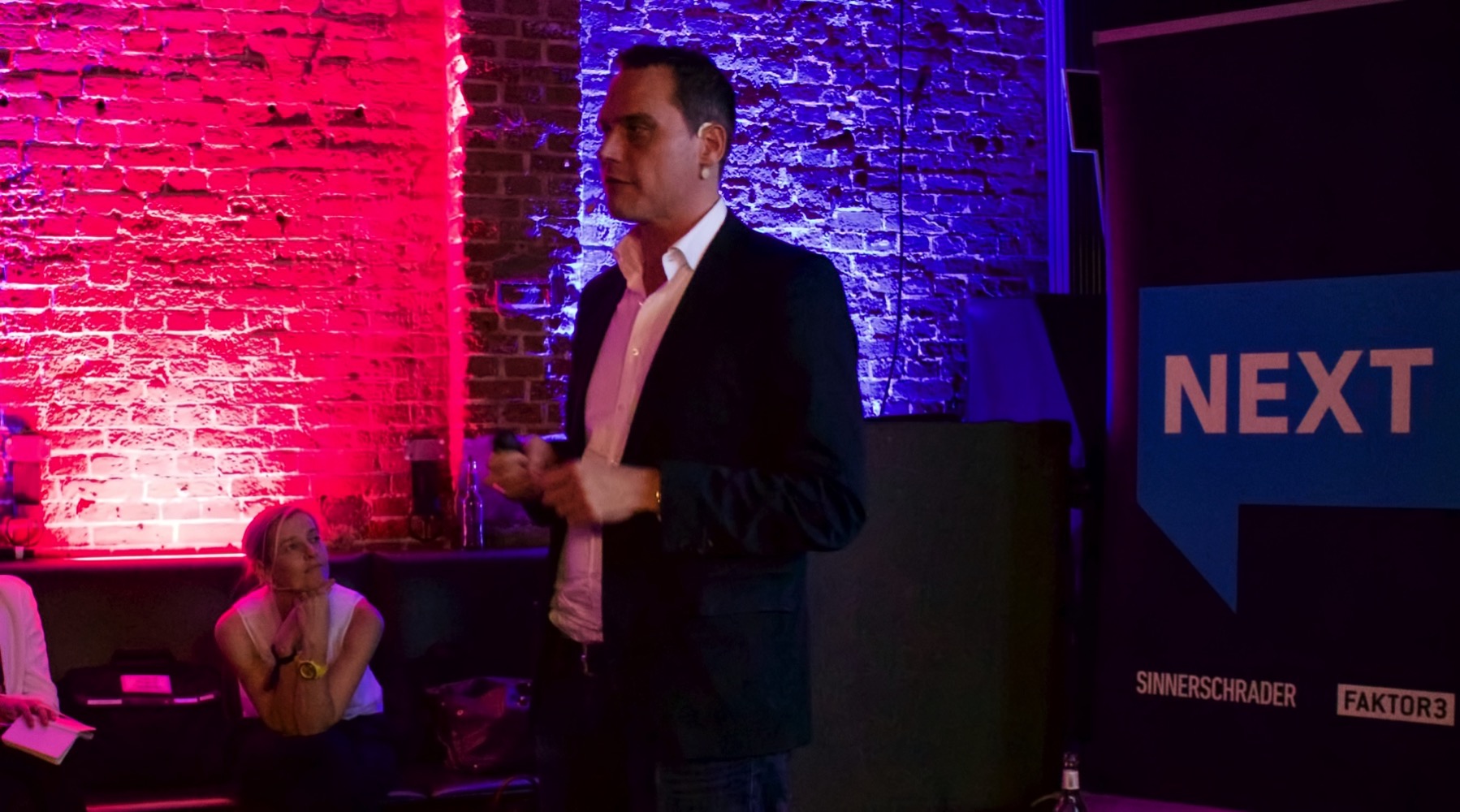 Payback is a conglomerate loyalty program. They have 27m customers in Germany. They’re getting digital – with millions of app downloads and some commerce app partners. They want to be Tante Emma – the German idea of a “mom and pop” store. These “Aunt Emmas” knew their customers.

The real Aunt Emma is gone – priced out of the market – but she’s been reborn in digital form, and is creating data ghosts of her customers. And they learn some surprising things from the data they collect:

The media is continually showing us images of the dying city centre. Payback does not believe it. Why? Physical sales are still 10 times bigger than commerce transactions.

The digital players are trying to move into the physical space. Amazon is playing with drones. Google and Apple are playing into the payment infrastructure. Facebook gave out free beacons for retailers.

You really need multichannel customers, though. That give you data, a haystack in which you can find a needle – which is easier if you use smart data, which detects patterns.

It’s more about digitising the point of sale rather than ecommerce. Classic could be more digital than digital. The card and coupons that people have to among are becoming an app. That’s just one digital solution.