Which posts from pre-2015 got significant traffic last year? Some surprising answers tell us a lot about the tech world of 2016… So, here’s something a little different in our look back on 2015. We’ve already looked at the most popular videos, and the most popular 2015-written posts. But how about the most popular posts, whenever they were written? After all, this site has been going since the late 2000s, and there’s a wealth of material here that’s worth looking at – and which people are looking at.

And, if we’re doing our job right here, we’re analysing what’s coming next, not what’s happening now. And that should mean that our posts do have a lifespan beyond the few hours after publishing. Time to test how true that is…

Diving deep into Google Analytics, we can see the evergreen posts that drew the most traffic through 2015 – and they cover a surprising amount of the last five years. For a start, our number one post take bus back to 2012: 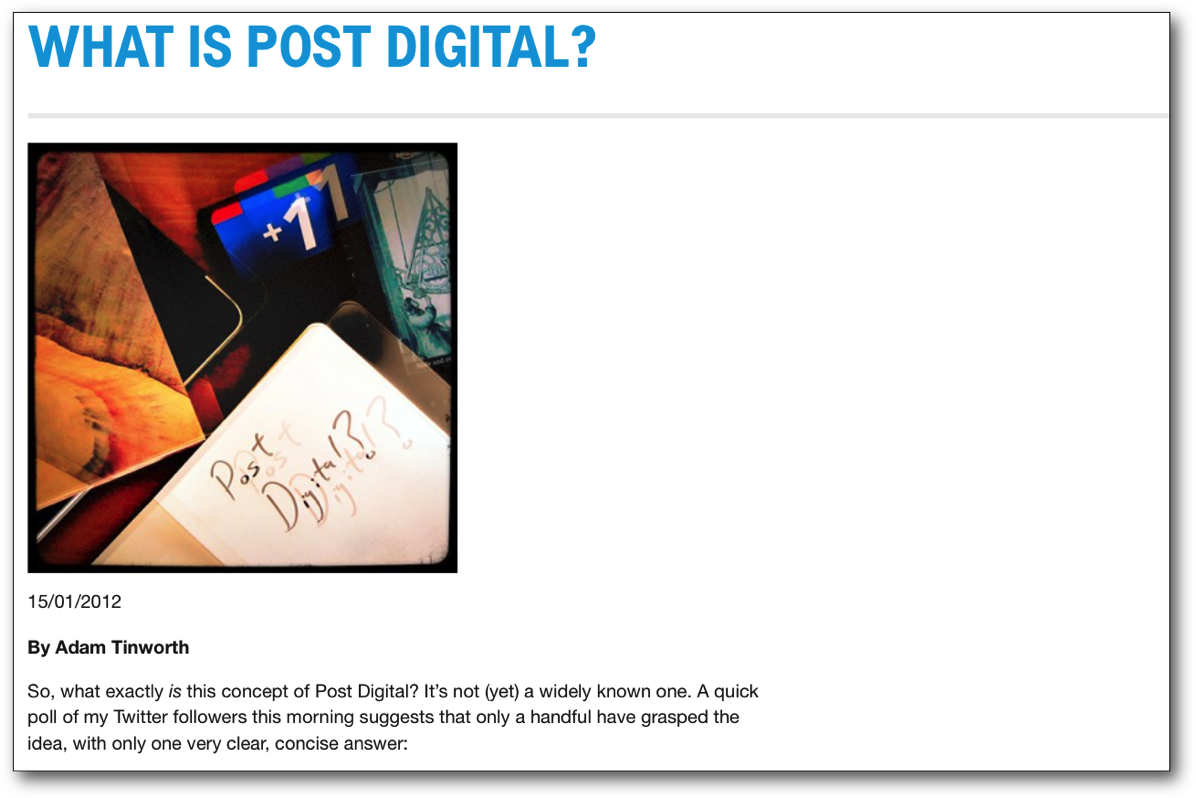 Post-digital was the conference theme back in 2012 – but people still want to know what post digital is. On a personal level, I’m delighted to see this post still serving people. I put a lot of time and effort into researching this to help define the key ideas that the team in Hamburg were building the conference around – and to give myself a hook for the blogging here.

Nearly four years on, this concept of “post-digital” – the era when we stop thinking about digital as something separate, but as an integral; part of our existence – is still resonating with people. And it will probably continue to do so for years to come. Post-digital isn’t a moment, it’s a process, one that was underway back in 2012 – but which is still gaining pace today.

2. The Slow, Steady Approach to the Smart Home 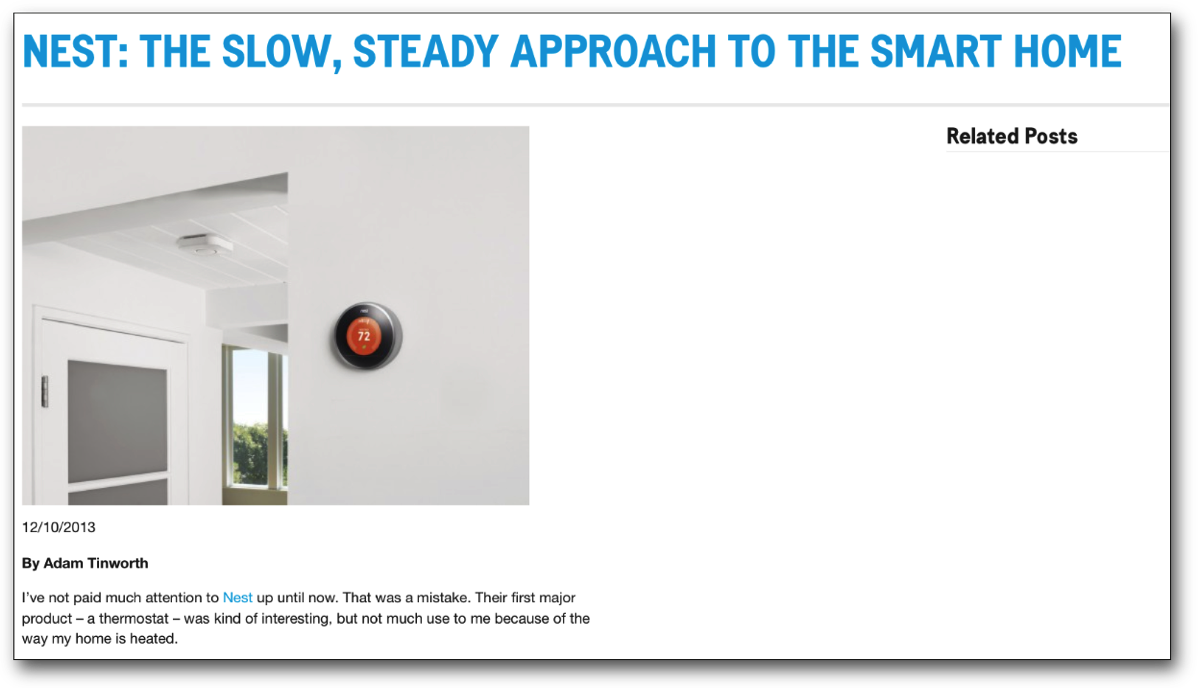 This 2013 piece about the smart home crept back into circulation via Facebook. It’s short, and to the point, but the point remains good three years on. The evolution towards connected, smart homes is happening, but it’s happening slowly and progressively. I’d expect to see more evidence of that in 2016, as more and more compelling smart objects make their case for a presence in our home – and Nest will remain a leader here.

3. What is digital service design? 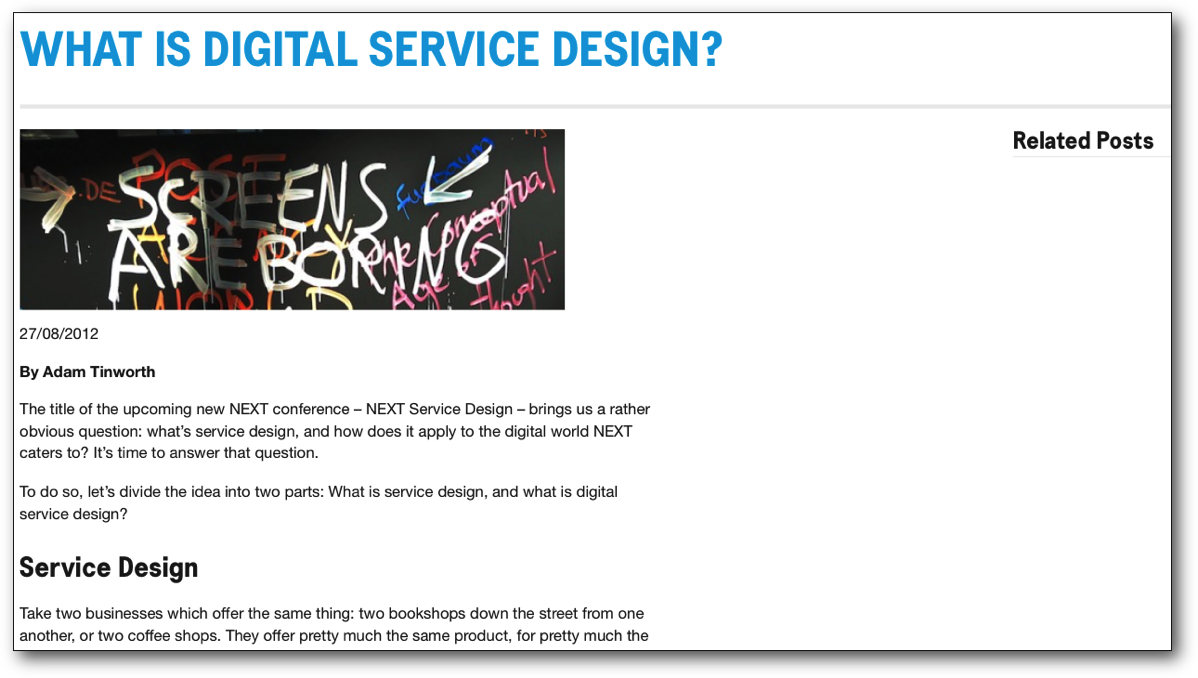 Another 2012 piece, that’s been doing well in the SEO stakes. It was written to support the two NEXT Service Design mini-conferences we did, and the topic remains a live one. People are clearly still interested in the idea of digital service design – even if they don’t understand it.

But, as it beds itself deeper into digital business, they’re going to need to. 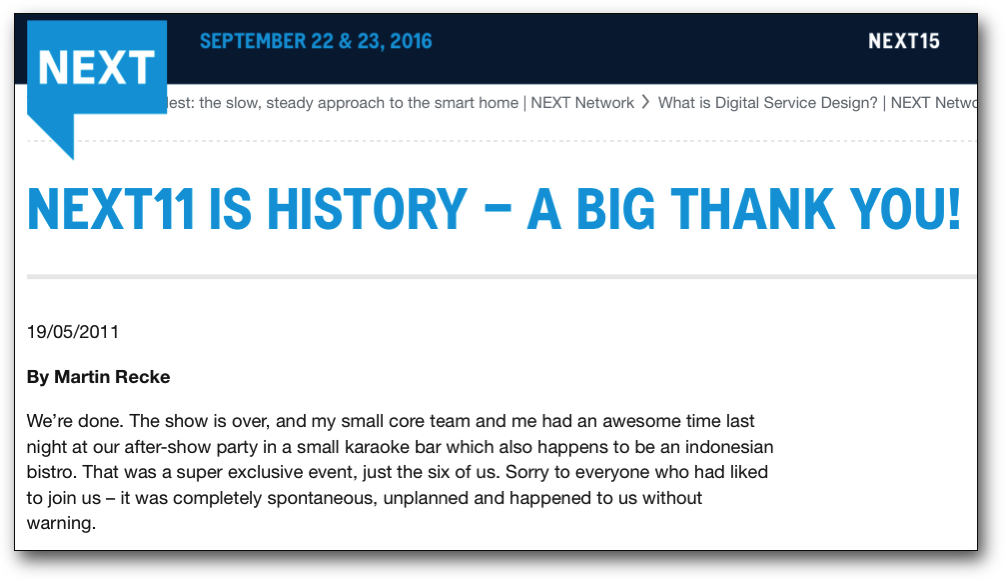 Now this is a surprise – why is a wrap-up post from 2011, on the topic of data love, still so popular? A link from Tim Ferriss’s Four Hour Work Week, it seems. Former NEXT Speaker Tim is till sending us a firehose of traffic – for which, we are, of course, grateful. :-)

5. As Uber Comes Under Fire, Does The Tech World Take Social Responsibility Seriously? 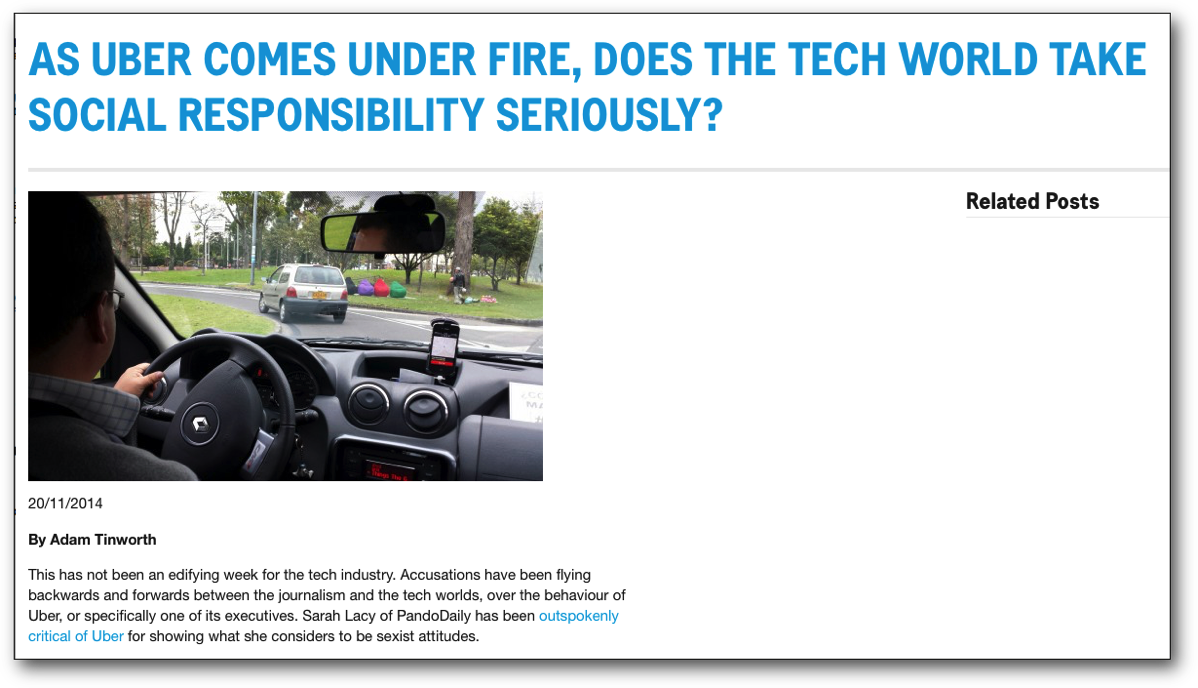 A post from late-2014, talking about everyone’s favourite tech bad boy, Uber – and extrapolating from that to the wider tech industry. It’s a n issue still worth considering. As the pace of change initiated by tech increases – are we adopting this tech in a thoughtful, mindful manner, or are we letting it just happen to us? Many of the speakers at NEXT15 explored the ramifications of this idea, and I expect they will continue to do so into 2016. It’s one of the big issues we face as a culture, and we need to keep this in our minds.

I wonder which posts from 2016 will make their way into the long-term hall-of-fame of the site?