The best product Apple announced this week was Apple itself

People often accuse Apple of being style over substance - but the style of this week's keynote was the substance. And other companies could learn from it. If you’re a product fan – and we all should be – Monday’s Apple keynote might well have been a disappointment. No new hardware, and a whole bunch of software updates that were either simply evolutions of existing stuff, or features that already exist on other platforms.

But there was one really big product revamp on display – if you could read between the lines.

In the aftermath of Steve Jobs’ death nearly half a decade ago, many people noted that Apple – the company – was his greatest product. The lesson he had learned from his earlier career missteps – and the Apple that developed between his two stints at the company – was that company culture was anything. He worked very hard – including building the internal Apple University – to make sure that the culture of the company would survive his departure.

But on the other hand, he told Tim Cook not to try and second guess what Jobs himself would have done. He – and Apple – should find their own answers.

All of this came to mind as I watched the Apple Keynote on Monday evening. This is now very much Cook’s Apple, and that was reflected in the presentation. In fact, what it said about the current Apple was more interesting than what was said on stage. (That’s not to say that there wasn’t some interesting stuff said – and I’ll return to that in another post).

From the very start, it was marked as a different event. Rather than the skit or tone videos that have kicked off recent keynotes, with started with Cook leading a moment’s silence for the victims of the Orlando attacks. The world’s most prominent gay CEO memorialising the largely LGBT victims of a horrific attack was a powerful statement in its own right. And then Cook disappeared from the stage, until the very end, and let a parade of other senior executives tell the story. 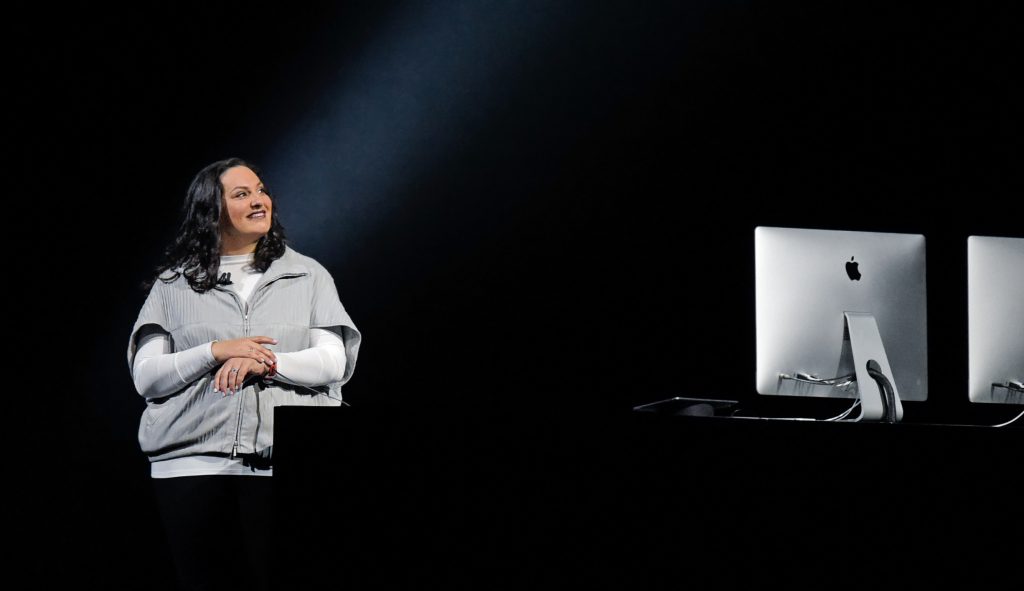 Rather than the largely white, male, straight line up we’ve seen for the last decade, we had Watch head Kevin Lynch, a notoriously awkward public speaker, handing over to the much more charismatic Stacey Lysik who led the demo of the massively revamped watchOS. 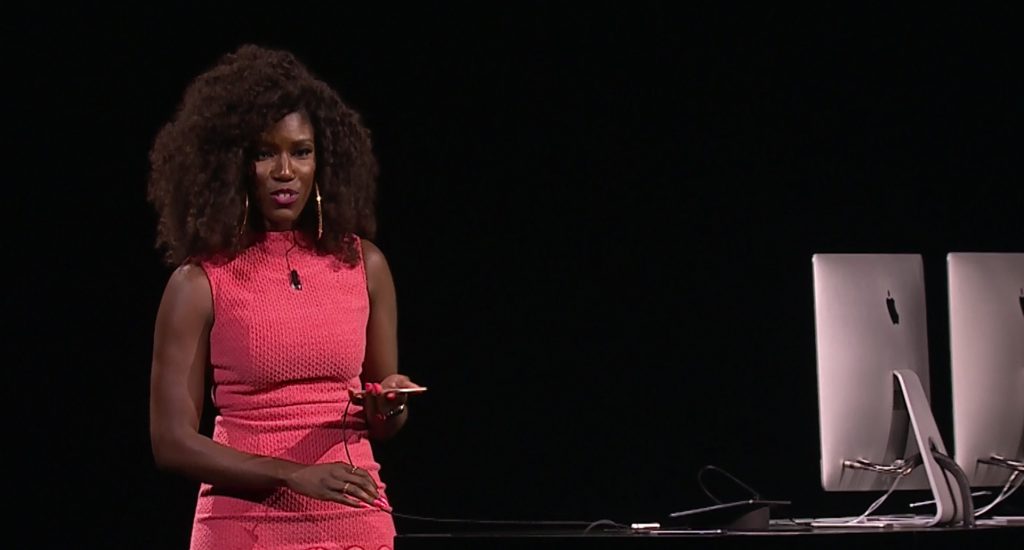 “No,” she said, with detectable sass. “We’re gonna pause this, because some of you guys are not rapping to the beat.” It was a hilarious wink to the lack of diversity in the room, and Saint John pulled it off without offense. And everyone in that darkened auditorium and beyond wondered: Who the hell is this badass woman, and how did Apple keep her secret for so long?

It turns out that she’s an influential figure in music, and we just haven’t been paying attention. 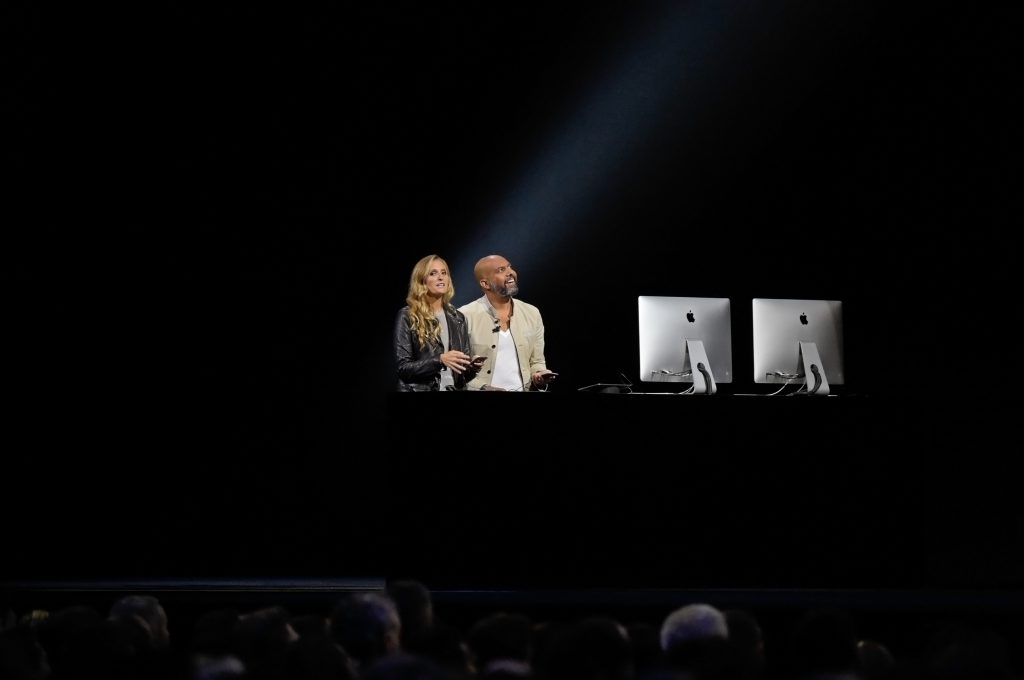 And through the demos it continued. An Asian. Another woman. Some familiar faces never made it to the stage. Phil Schiller – one of their most reliable speakers – didn’t appear. This keynote marked the end of a long journey from the so-called Stevenote, where Jobs occupied the stage all on his own, with maybe the occasional nod to another speaker to do a demo, to one where the greatest diversity (in both senses of the word) of Apple employees we’ve ever seen on the stage represented the company.

And perhaps that’s a fulfilment of two men’s dreams. Jobs’ vision of a company whose culture transcends the individuals who lead it, but is made up of the people within, and Cook’s vision of an Apple that celebrates, embraces and campaigns for diversity.

Buzzfeed’s Katie Notopoulos describes this as the end of “Apple Man”:

The prototypical Apple demo person is someone I’ll call Apple Man. Apple Man is a fortysomething dad who just wants to FaceTime his adorable children while he’s on a business trip, and also find a local pourover coffee shop while he’s in town. Apple Man has an Apple Watch (obvious). He needs a way to manage his photos of his adorable children and hiking trips with friends. He loves jogging and mountain biking and wants to use his Apple Watch to monitor his workouts, because he LOVES working out. Apple Man is very fit for his age — you can just barely tell he’s totally ripped through his light blue, off-the-rack, wrinkle-free, button-down shirt. Apple Man has a great head of hair.

(I’m feeling a bit awkward here – because that’s basically me, as long as you ignore the “fit for his age” bit. I leave that to Martin.)

But the effervescent demo of Apple Music by the charismatic Bozoma Saint John — a black woman who looked and acted nothing like the typical Apple Men onstage before her and who in her opening remarks mentioned being a mother — felt like a breath of fresh air signaling that perhaps the winds are changing. There were other signals too. In the video segment cheering on developers using Apple’s Swift programming language, the video ended with a black woman joyfully expounding how awesome coding was — certainly not the stereotype of a coder, and not totally reflective of the crowd there watching the video. At another Apple event in March, another black female Apple executive, Lisa Jackson, took the stage to talk about Apple’s environmental efforts.

A company that aspires to build products for everyone, needs to have a wide diversity of people in its ranks. And some of the announcements made it clear that Apple is seeing clearly beyond the 30-something early adopter crowd. Special wheelchair algorithms for the Apple Watch’s health traffic? The new “emergency call” feature for the Watch, where a long press on the watch button triggers a call to the local emergency service number, seems idea for both women who fear attack, and the elderly who might need urgent assistance.

Silicon Valley and the tech world in general has long been accused of having a toxic, young male-centric culture. But companies that genuinely want to change the world need to understand the world – and that means understanding people, be they black or white, gay or straight, male or female, young or old – or any of the other glorious combinations humanity comes in.

There’s not just one digital ego. There are so very many. How many companies truly understand that?