These days, everybody and their uncle wants to be a platform. The Four Horsemen of Tech — Google, Apple, Facebook, and Amazon, or in short: GAFA — might still be dominant, but others are rising. These days, everybody and their uncle wants to be a platform. The Four Horsemen of Tech — Google, Apple, Facebook, and Amazon, or in short: GAFA — might still be dominant, but others are rising. Especially in the east, where WeChat is now widely perceived as vanguard of a new, powerful model for a mobile, chat-centred app platform. Or is it even post-app?

The GAFA platforms are used by, and enable, lots of other businesses — and even provide building blocks for another breed of tech giants called Unicorns. The fastest growing superpowers in the network economy today are not Google, Apple, Facebook, and Amazon, but rather Netflix, Airbnb, Tesla, and Uber — the latter built on top of the former.

In the age of the platform, proclaimed back in 2011 by Phil Simon, it is essential for every enterprise to have a concise platform strategy. This starts with the intelligent use of existing platforms, while avoiding the trap of auction mechanisms that suck out the last bit of operating margin from your business. It doesn’t end with the question of user interface (UI) that’s at least partly defined by the platform you build upon.

But the crunch question is whether your product has at least the potential to become a platform itself, albeit in the long run. Since the early days of computer networks (that are also platforms) we’ve seen countless platforms being built on top of each other, interconnecting technology and human beings – the people formerly known as consumers or users. 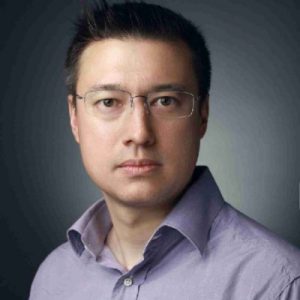 At NEXT16, we will adopt a global perspective on the platform game. We are excited that William Bao Bean will join us. He is Partner at SOSV, a US$250m accelerator focused venture capital fund, and the Managing Director of Chinaccelerator, East Asia’s first startup accelerator, and knows the Asian market pretty well. We can also expect some insights on WeChat and what is so special about it. 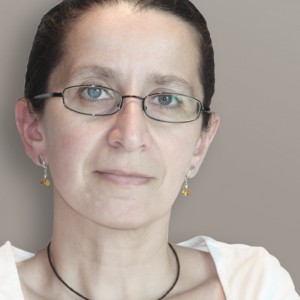 The emerging global web is a topic covered by Stephanie Rieger, a product designer, researcher, and anthropologist at Yiibu. She thinks about IoT, futures, re-appropriations of technology and mucks around with design fiction. Her insights about the creative use of digital platforms are refreshing and surprising.

A bit more local flavour is brought to the table by NEXT regular Nils Wollny, Head of Digital for German car maker Audi. We are proud that Audi is again partnering with NEXT and helps us bringing you the unique NEXT experience. Kudos to Nils! But don’t worry, he will never even think about boring you with a subpar talk. If in doubt, watch this video from last year.

For the 2016 jubilee edition of NEXT, Nils has promised a completely different story. Audi has been working on cool virtual reality (VR) stuff for years, and in September we will see what they have in store. VR itself is rapidly evolving into one of those new platforms that might change human-computer interaction from the ground up. 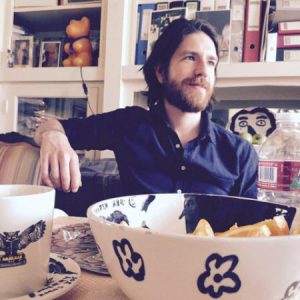 While Audi is famous for its sleek design, there is a lot more to say about design these days. Which we will of course do at NEXT16, among others on a panel with the working title “How to design products that people really love”. We are thrilled to welcome Jason Cale, Product Design Manager at Facebook, to our speaker roster. Jason’s brain is one part artist, one part engineer. Before Facebook, his work spanned interface design to advanced web app prototyping to pair programming with engineers.

Together with Jason, Golden Krishna (Google) and other, yet to be announced speakers will discuss product design, which seems to be a hot topic these days. Besides Jason Cale and Golden Krishna, don’t forget Brian Solis who will also talk about product design. And be sure to apply for a ticket to NEXT16. Summer Rate ends on June 30, so better be quick.