The incredible success of Pokémon Go in the last week has put a technology often seen as VR's poor cousin right into the public eye. Productivity in Germany might have taken a rather serious dive yesterday, as the new app Pokémon Go was unleashed on the country:

We are happy to announce that #PokemonGO is available to Trainers in Germany. Follow us to receive future announcements.

And Britain followed suit today. (Is coming second a result of Brexit…?)

Hard at work researching a post for the @nextconf blog… pic.twitter.com/bUBCawZRcq

This augmented reality version of the decades-spanning Pokémon franchise has been a massive success in the few days it’s been available:

Pokémon GO has seen incredible success, topping App Store charts in countries where it is available. Estimates suggest the game (a collaboration between Nuantic and The Pokemon Company) is raking in $1.5 million a day from In-App Purchase sales.

Here’s a sense of what the game is all about:

In essence, you can “find” Pokemon or their eggs in the world around you, by viewing it trough your phone’s app. Eggs can be hatched by walking, cycling or other exercise – hence the “Go” in the name. (This might remind NEXT15 attendees of the games Adrian Hon produces.)

This has led to some unusual sights in the US, as trainers (as Pokemon players are known) congregate in places that have become important in the game:

Pokemon GO is just insane right now. This is in Central Park. It's basically been HQ for Pokemon GO. pic.twitter.com/3v2VfEHzNA

And Australia has had the same issues:

As Bob O’Donnell points out at ReCode, this is a game-changing moment for augmented reality:

The truth is, augmented reality and virtual reality are technologies that are very difficult to explain to people who haven’t had the chance to actually try them. Many tech industry insiders seem to be glossing over this as a non-issue, but for these technologies to really go mainstream at any time in the future, this is exactly what needed to happen. So it’s important to recognize the Pokémon Go phenomenon for what it is — a game-changing opportunity that sets the stage, eventually, for the success of other augmented-reality-based applications and devices.

While much of the focus has been on virtual reality in recent years – especially with the Oculus Rift finally shipping – augmented reality seems to hold so much more promise. We already have devices in our pockets that can handle this, as you can in this “photo” of my daughter encountering a Pokémon on the way to nursery this morning: 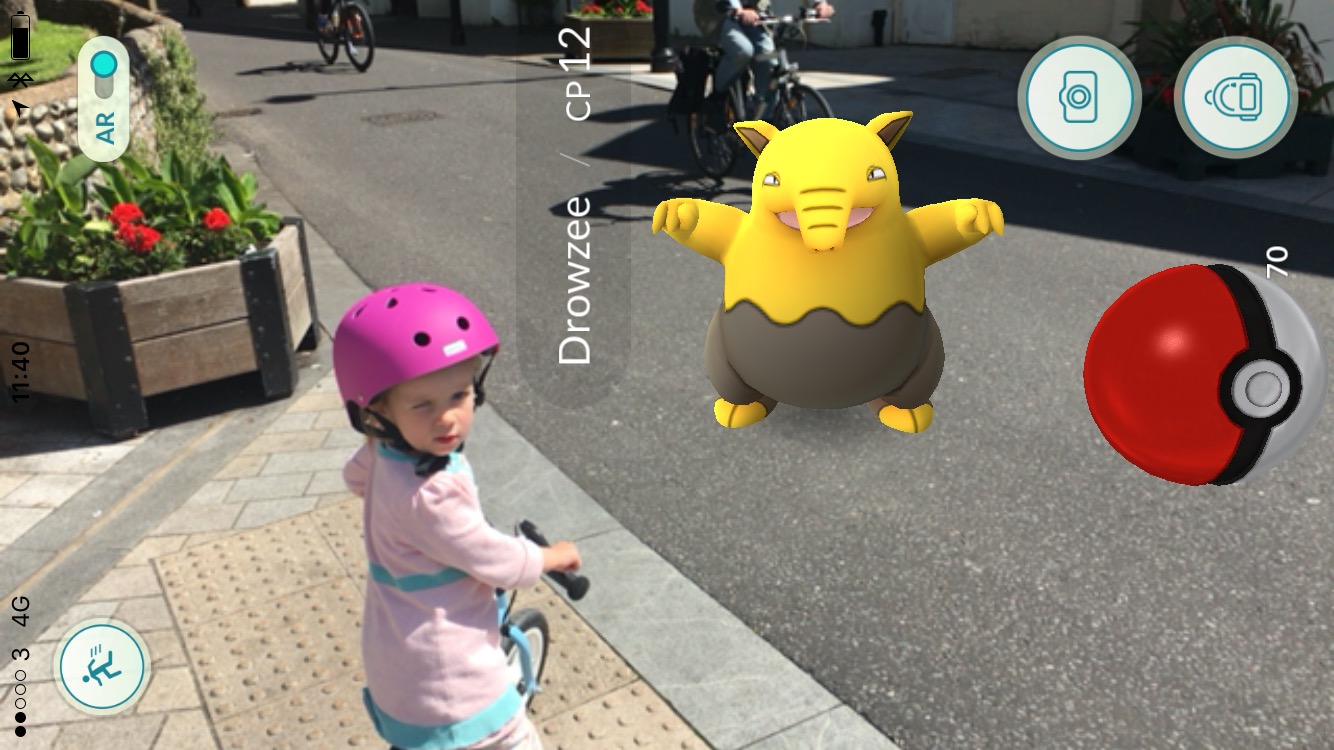 A game with this level of mass market adoption – Recode is estimating nearly 10 million players already – means that augmented reality is an established concept in a way that VR just isn’t yet. The expense of VR equipment, and its isolating effect from the physical reality of the world around you are both factors that will slow adoption and restrict its use. AR, on the other hand, can make the mundane – like commuting or exercising – significantly more entertaining.

I, for one, was particularly delighted to discover that my local pub is a Pokéstop: 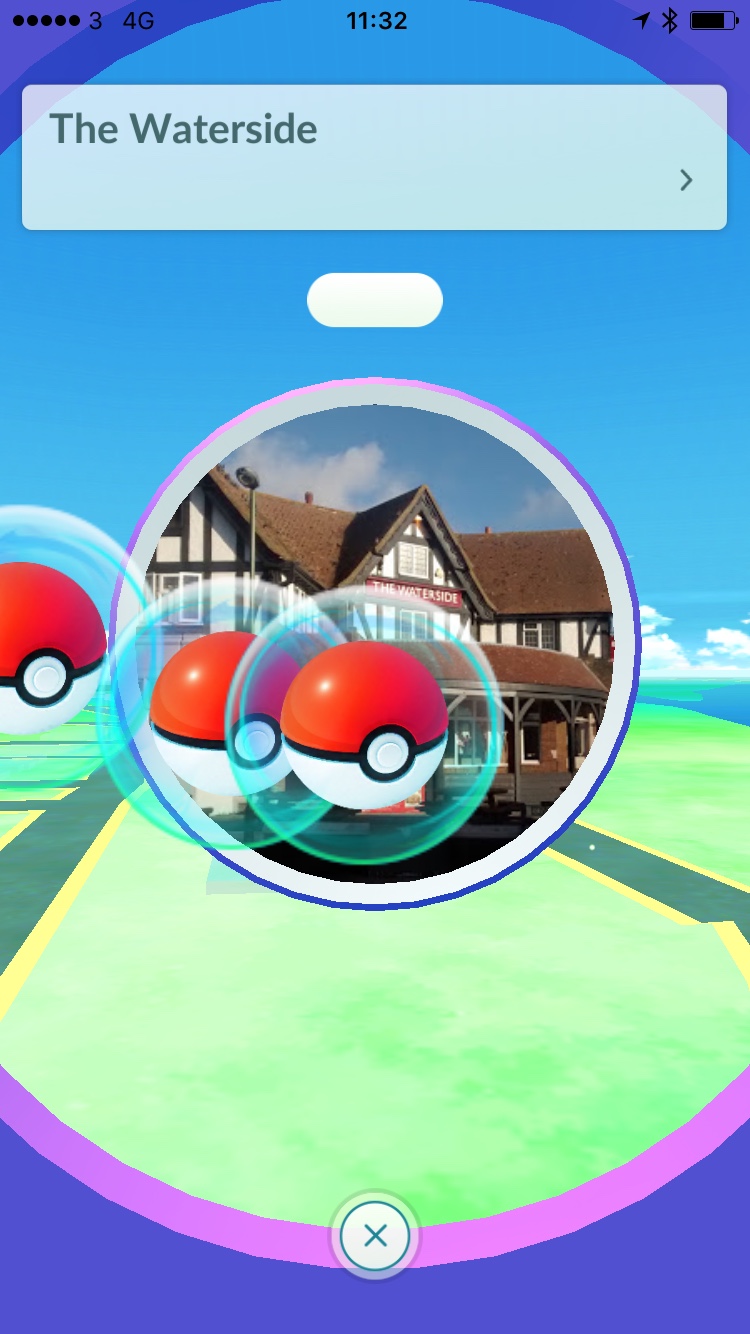 There are reasons to be concerned. The app is certainly harvesting huge amounts of location data and leading to some obnoxious behaviours.

But AR is firmly in the mainstream now. The question is: what’s the next big use of the tech going to be?