Evolving the iPad and the new face of personal technology

If you sit on an aircraft on any length of flight, it's hard to avoid tablets. Despite their less than stellar sales figures - they're evolving into the future. For the last four years I’ve had a pretty clear tech budget – I plan to replace my laptop every three years, and my iPad and phone every two years (I alternate the years). This year I was due to replace both my laptop and my iPad. But with Apple’s MacBook Pro line languish with updates long overdue, I’ve not been inclined to splash the cash – especially with my current MacBook feeling more than powerful enough for my needs.

Instead, I splashed out a little early for the smaller iPad Pro. I justified it to self on the basis that I’m spending a lot of time travelling at the moment. In the last three weeks I’ve been to New York, Stuttgart and La Rochelle, with trips to Malaysia, Singapore and then Hamburg (for this little digital festival you might be familiar with…) coming up shortly. The iPad Pro allows me to work nicely on an aircraft, even in economy seats.

I’ve been pleasantly surprised how much I can get done with it – days are passing on these trips with my barely opening my laptop. And, in that context, this latest Monday Note by Jean-Louis Gassée is an interesting read:

Apple is known for playing the long game. They’re rarely the first in a new domain and they’re not always immediately successful when they join, but they often end up with the lion’s share of revenue and, more important, profits.

The slow evolution of the future of computing 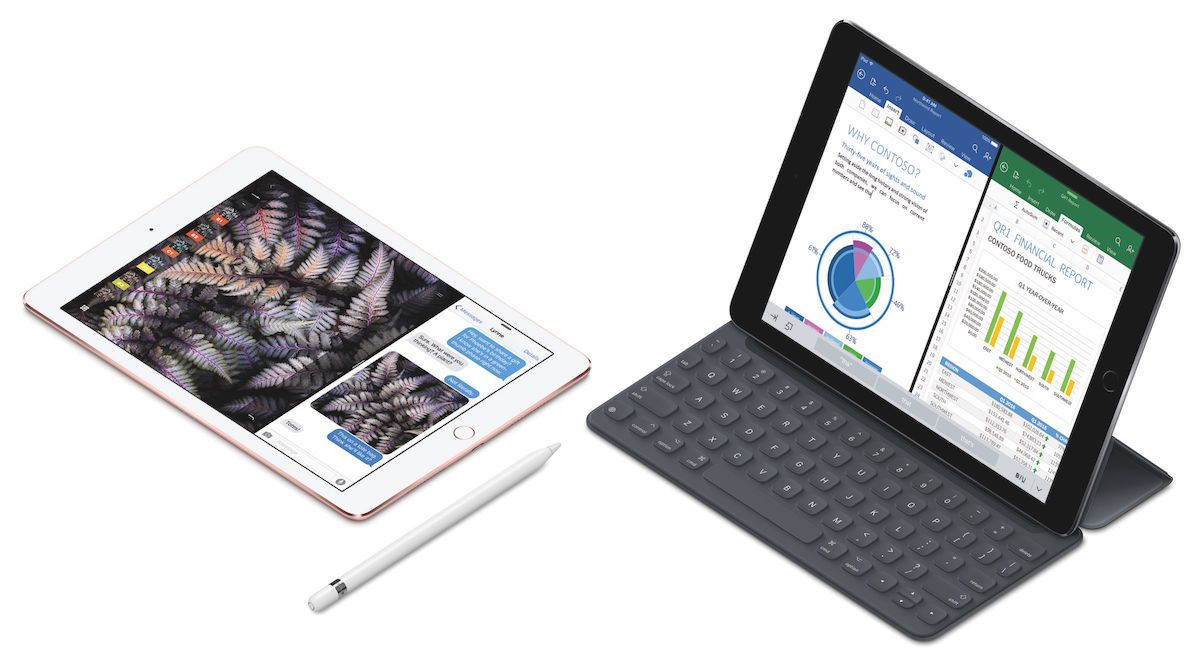 And there’s where he posits the iPad is right now – iterating its way into a dominant position – as a PC replacement for many.

The iPad Pro undoubtedly appeals to a more demanding base of users than the smaller iPads. iOS is “growing windows”, a more visible file system and, in a soon to be available version, will provide easier access to documents on a Mac Desktop or Documents folder. We’ve yet to see if these improvements help Mac users actually create more on their iPads, or if they merely make life more pleasant for those fortunate enough to commute between the two devices. In the longer run, progressively beefing up the simpler/cleaner iOS is a better bet than adding more layers of bug fixes and features on top of the noble and worthy OS X, now macOS.

Sale son tablets have not been stellar on tablets in recent years – but they’re being used:

I’d love to be able to give up my laptop – but iPads (and the tablet market generally) aren’t there yet – but watching technology reshape itself to a lighter, more dynamic place in our lives is just fascinating.

And justifies the money I just spent…