Google ushers in the decade of AI – and intelligent assistants

Google is building an intelligent assistant right into its phones - and Samsung buys Siri's little sister. Are we finally entering the age of AI? There’s plenty to mull over from last week’s Google hardware event – and yes, we’ll be doing that – but perhaps one of the key ones was the way Google characterised the switch from “search for everyone” to an “assistant for everyone” as the big focus for the company.

The sections of NEXT16 on artificial intelligence felt like some of the most forwards-looking – but some of the ideas involved are rushing towards the mainstream with surprising speed. Certainly Google’s vision of Assistant as digital helpmate feels a lot like Nell Watson’s idea of the AI as digital consigliere (video now up).

This is how Sundar Pichai explained it:

The last 10 years have been about building a world that is mobile-first, turning our phones into remote controls for our lives. But in the next 10 years, we will shift to a world that is AI-first, a world where computing becomes universally available — be it at home, at work, in the car, or on the go — and interacting with all of these surfaces becomes much more natural and intuitive, and above all, more intelligent.

If that proves to be the case, then the major Android-dependent manufacturers are going to need their own AI systems to sty in the game.

Which brings us to the other big AI news of the week. 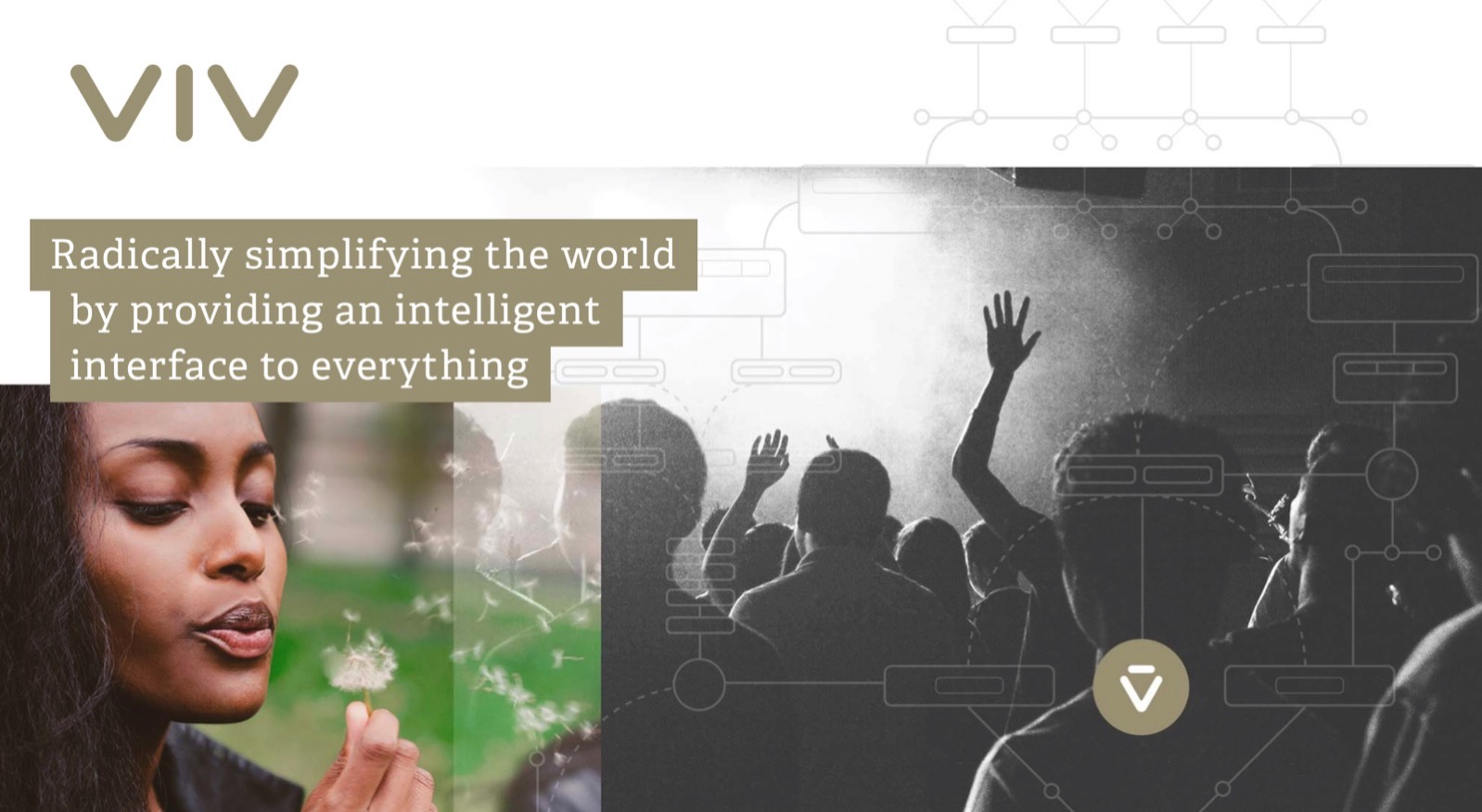 In that context, the news that Samsung has acquired Viv, a new assistant from one of the founders of Siri, is interesting. It’s easy to forget that Siri was a stand alone product that Apple acquired and integrated, not something that was invented in house. Two of the original triad of founders have left, and one of them was behind Viv:

Samsung is looking to follow a similar model with San Jose, Calif.-based Viv Labs, which was founded four years ago by a team that includes Siri co-creators Dag Kittlaus and Adam Cheyer.

The major difference between Viv and Siri, its conceptual elder sister, is that Vi has a partnership model with other companies baked into it from the start. This is something Siri has added with iOS10, and allows you to, say, book a taxi ride or a restaurant table from within the app. Viv offers the same idea – but with many more partners

“Siri and some of the other assistants are Chapter One,” Mr. Kittlaus said in an interview, calling Viv’s open model “the missing ingredient to take this to a completely different level.”

What we’re actually seeing here is two things coming together. On one side we’ve got speech-driven interfaces, something that’s been a dream since the days of Star Trek‘s disembodied computers that you could just talk to. On the other, there’s the underlying machine learning and AI that make those interfaces useful by making them conversational.

The Amazon Echo has been the unexpected success here, to the point that Google even acknowledge that Amazon led the way, as it introduced its own rival, the Google Home. I’ve had one sitting in my kitchen for a week now – full review to follow – and it’s surprisingly useful. Part of that is simple reliability. It always hears me, and very, very rarely doesn’t understand.

But easy availability is a feature here, too. The kitchen is the classic place where I often have my hands full, but my mind is not fully engaged on what I’m doing, making that vocal interface the perfect way of interacting with a device.

Does anyone disagree that AI assistant technology is table stakes for the next decade?

No disagreement here. But equally important is making that assistant pervasive and easily accessible. And that’s a hardware play as much as a software one.