Apple seems to have lost its way - is the legacy of the Mac the problem, or the vast success of the iPhone? As I noted last week, Apple has had an odd few weeks – and the Mac has been at the heart of that. Is the Mac dragging the company down? Is Apple’s past becoming a problem for the company?

Neil Cybart of Above Avalon thinks so:

Apple’s Achilles’ heel is becoming visible. As Apple gets better at making technology more personal for the mass market, the company is losing touch with its legacy pro users. The situation came to a head last week with Apple announcing that it began work on a new Mac Pro. While one can chalk up a new Mac Pro as a one-off cost for keeping iOS app developers engaged in the platform, Apple’s vulnerability extends much deeper than one Mac model.

And he prevents a compelling graph showing why Apple might be struggling to focus on the pro end of the Mac market: 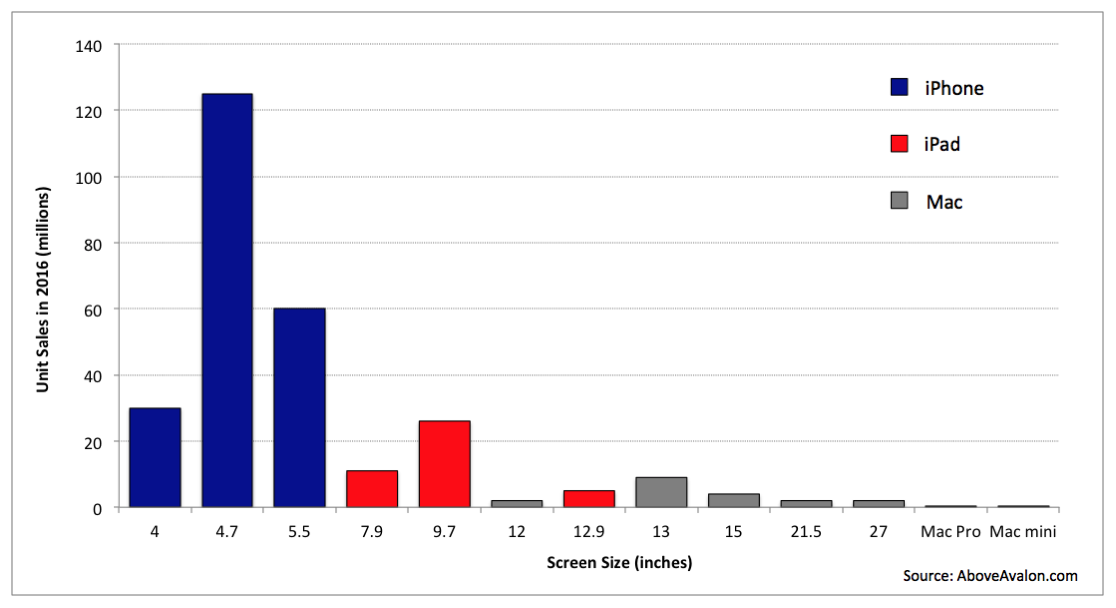 The Mac is a small part of Apple’s business – and the Pro market a niche within a niche. It’s possible that the sales of those products are smaller than the fluctuations they see in their iPad business. From a numbers perspective, paying attention to the Mac doesn’t seem to matter.

The problem is that that leaves some very important people out of the ecosystem: the cutting edge developers. If you want to do serious VR creation work right now, you’re not going to be using a Mac. Apple runs the risk of tarnishing its entire ecosystem by failing to provide for those who open up new ecosystems.

The danger of massive success

But, as John Gruber agues, perhaps that’s a sign not that the Mac is the Achilles heel, but that the iPhone is:

The iPhone hasn’t suffered because Apple is focused on the Mac. New iPhones come out like clockwork every year. Apple has really gotten it down to a science in recent years. The Mac lineup, however — and the Mac Pro in particular — has clearly suffered from a lack of attention. Where did that institutional attention go? Surely much of it went to iPhone.

The iPhone is so successful and so important to Apple’s bottom line, that it distorts the gravity of attention around everything else the company does.

And a one product company is a very vulnerable company. Apple’s strength has become its weakness.