Amazon wants to put a camera in your wardrobe - and help you make fashion decisions. It's a great offer for the Snapchat generation - but could those images be giving away more about you than you expect? While I was offline, Amazon launched a fascinating thing: the Echo Look. It’s an extension to the Alexa-powered Echo AI speaker line, and right now it’s only available by invitation in the US. That’s the same model they used in the early days of the main Echo, though, so I would expect it to spread over the next year or so – if it’s a success.

And here’s what it does:

On one level it seems like the perfect niche product for the Snapchat & Instagram Stories generation. I don’t think it’s any surprise that the camera shoots in the vertical format. It’s not only the perfect ratio for our body shapes – taller than we are wide – but it’s also perfect for sharing onto Snapchat or as part of your Instagram Story for the day. It’s a camera built for the mobile-native world. And if you’re comfortable with having a camera in your bedroom (and you just know it’ll get used for other bedroom activities, don’t you? Hopefully by consulting adults, not by hackers…), and you live your life on social media, it’s the perfect complement to your phone. 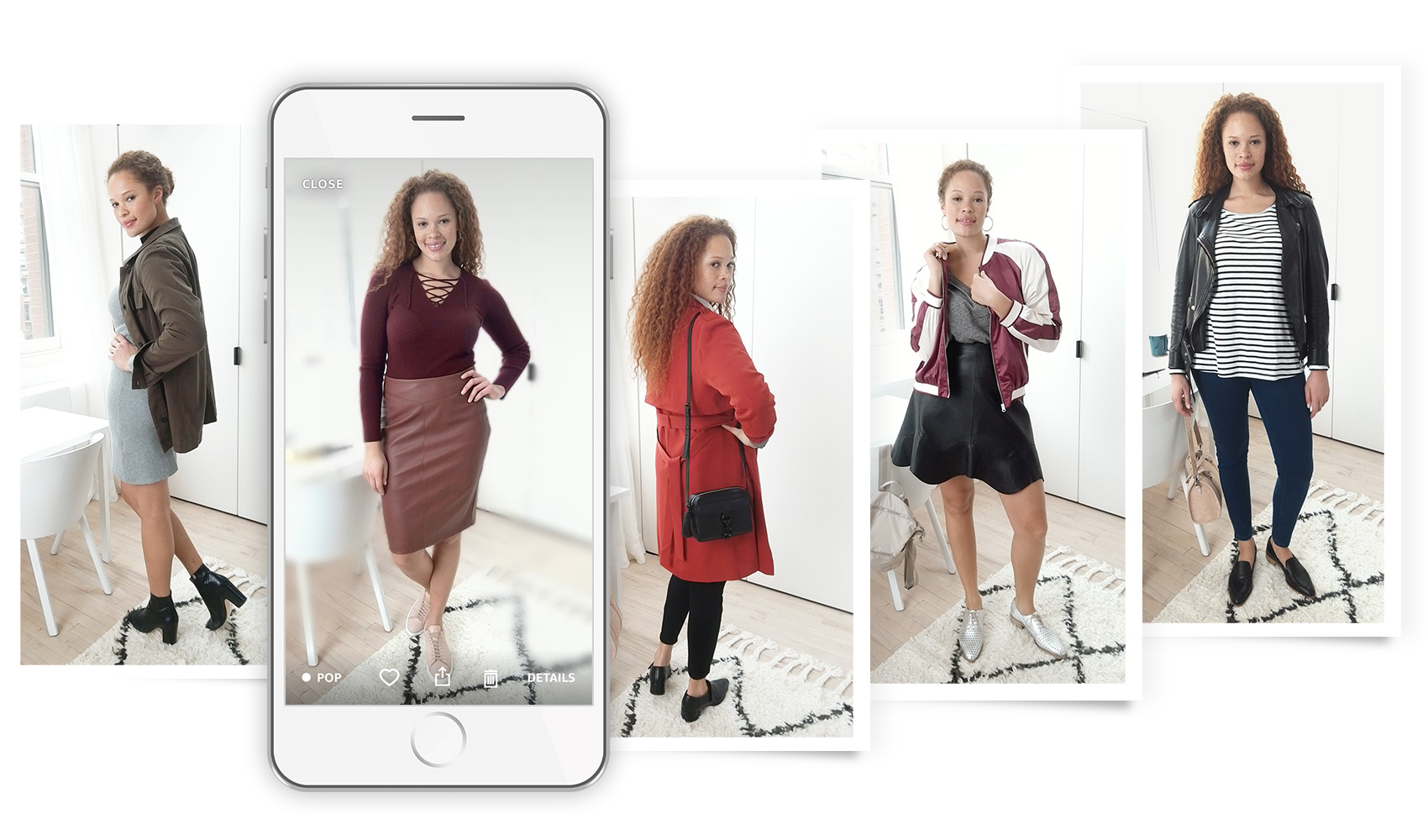 And there’s some nice technology touches to support that – like the depth sensor, allowing the camera to effectively blur the background algorithmically, in a similar fashion to the iPhone 7’s portrait mode. Based on the sample images, that could do with some refining – but it’s certainly effective.

However, it’s that algorithmic underpinning that’s most interesting in this product. It’s not so much a hardware device in its own right, as a hardware front end for the underpinning AI that’s learning about you, your clothes and your fashion sense. And with some behind the scenes work on gathering and analysing that data – this could be a very powerful product for Amazon.

Make no mistake, this is an Amazon product – so, eventually, they’re going to want to sell you something based on the data you help them gather. And the app’s ability to compare two outfits and give you a rating, based on AI and human fashion experts is the first step in that direction: 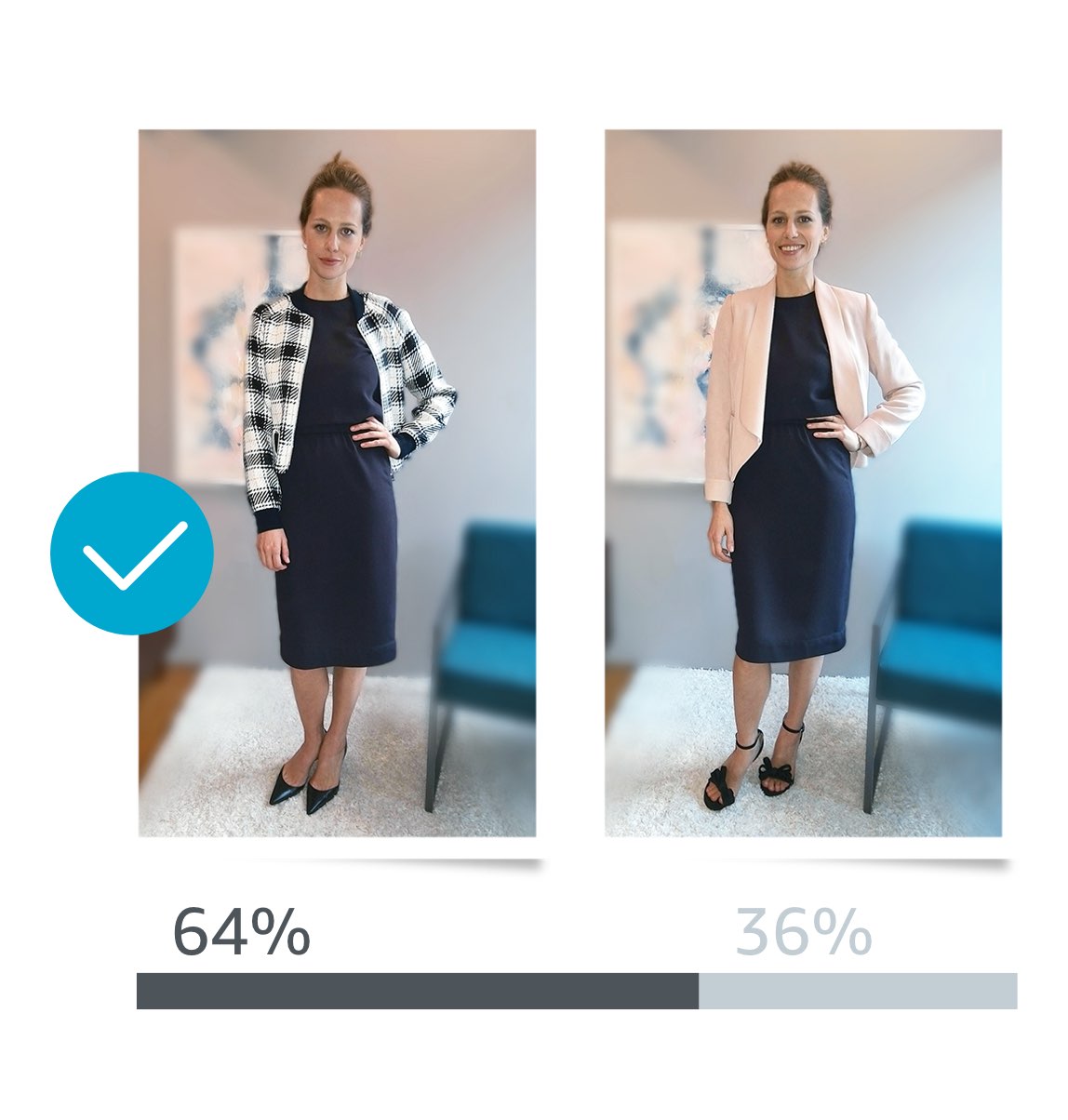 Of course, you’d love to have a professional stylist helping you with you clothes – but that’s expensive, and scaling human beings is hard. Combine that expertise with AI – or use that expertise to feed the AI – and you suddenly have a scalable solution, and that’s what Amazon has here.

It’s probably a distance short of really useful just yet – the “application” for ownership implies that Amazon wants those most excited by – and most likely to use – the device, so they can use data from them to rapidly iterate on the service, much as they did with the original Echo. But, if they get it right, it could be a compelling solution for a lot of people; less a digital shopping solution and more a whole style management approach.

Slowly killing retail, one device at a time 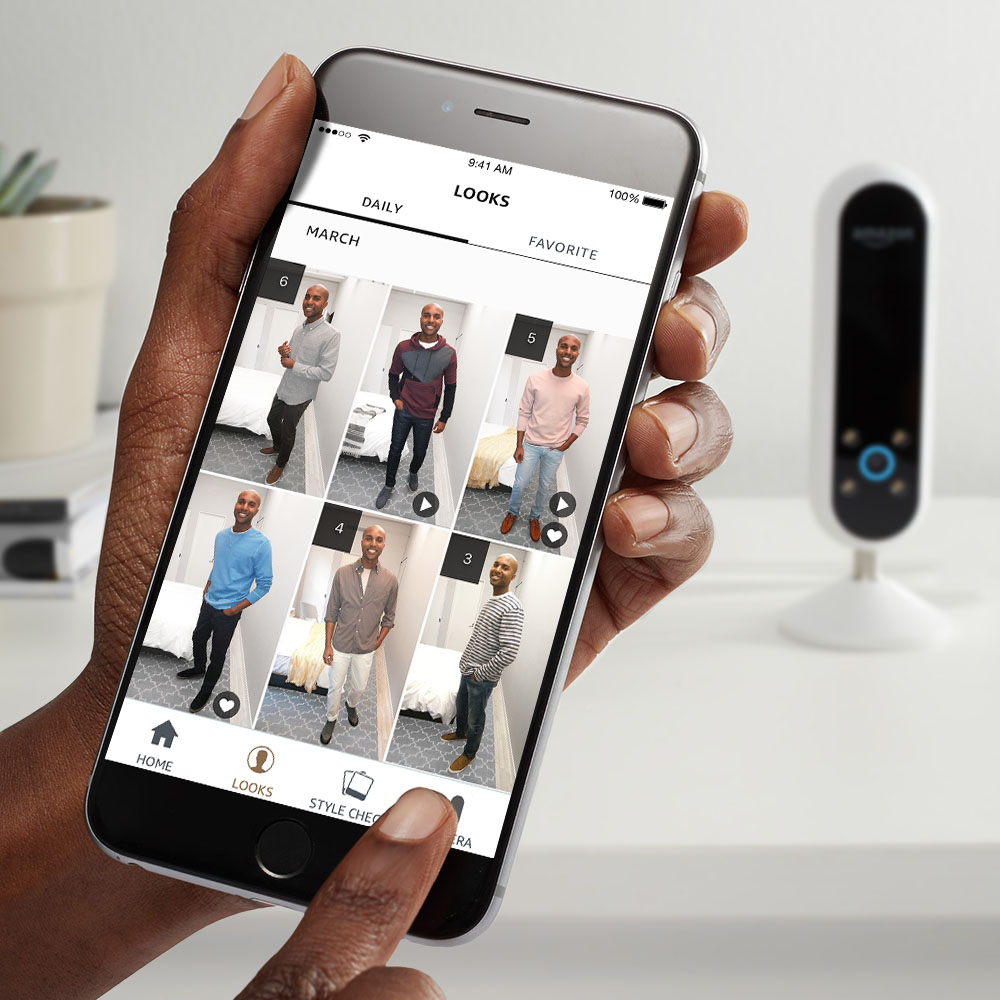 This is bad news for a retail sector being brutalised by online retail – and, in the US at least, the younger generation are already defaulting to buying through Amazon. If the combination of AI and human fashion sense can work together well, then you have a very compelling offering for those who’d rather be wearing (showing off…?) their clothes, than shopping for them.

The company has stated that it won’t sell or pass on the data to third parties – but as the world’s shop front, how much does that matter? Amazon can recoomend product from all sorts of retailers without having to pass them one iota of your data. Now, you might think that the social media utility of the service and the ease of wardrobe development are worth it. But are you even thinking about the trade in those terms? Because you should be.

One thing to keep in mind if this product does make it to Europe, though: Amazon can learn a lot more than you might expect about you via images:

With this data, Amazon won’t be able to just sell you clothes or judge you. It could analyze if you’re depressed or pregnant and much else. pic.twitter.com/irc0tLVce9

As with all services of this nature, the trade off between the utility – the fashion suggestions and deals that will come down th line – and the price – Amazon’s growing knowledge of you – will be a decisions each of us has to make.