We fail at failure. Failure is where most innovation happens, and we miss it because we are afraid to admit to failure, and afraid to learn from it. Samuel West celebrates failure. 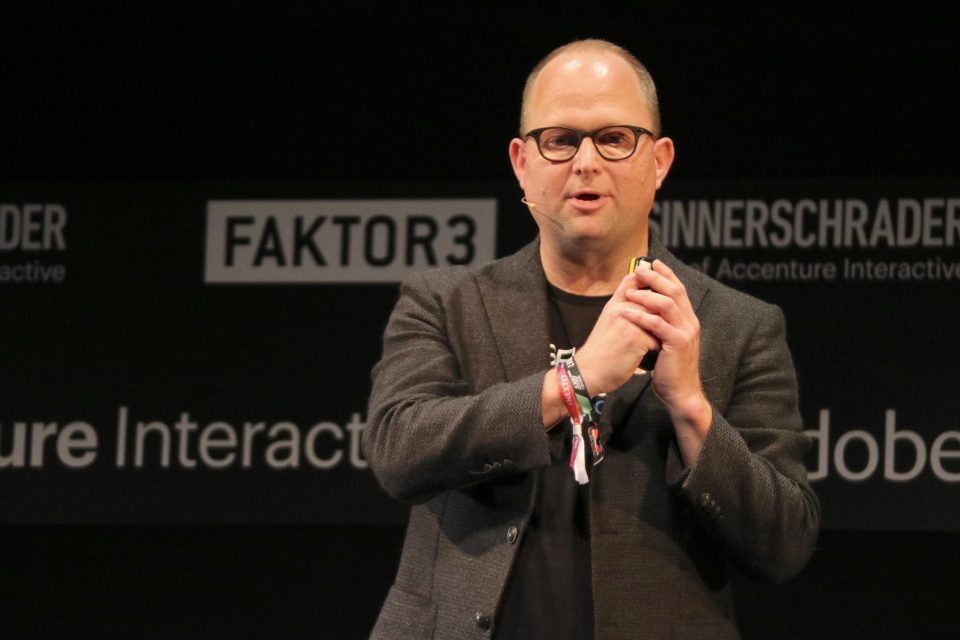 Samuel West is the curator of the Museum of Failure

Without mistakes, without failures, we can’t make progress. Success stories are being forced down our throat, by media, by articles. 80% to 90% of innovation projects fail, but we never hear about them. We never hear about the people who got €80m, got nothing, and are now working in Pizza Hut.

So, the Museum of Failure - which closed on Friday. A failure of its own success - as the space they used is no longer available, and their new site won’t be ready until April.

All successful innovations are the same, but the failed ones are all different. You can fuck it up at any point in the process. We fail at learning from failure. So, that’s why the failure museum was created: to put failure on a literal pedestal.

The Segway was a failure - not because no-one uses it, but because it was a deviation from the expected and desired results. The expectations were enormous. Silicon Valley bigwigs threw money at it. They talked about $1bn in sales in the first year, supplanting the car, and designing cities around it. None of that happened.

The FIRST museum of failure

The Vasa museum in Stockholm may be the first museum of failure. The Vasa was an “innovative” ship, which had TWO decks of cannons, not one. The engineers told the King it was unstable, but he insisted on a launch anyway. They launched. There was a big party. And it sank, 1km into the harbour. This was in 1628. Simple lesson: don’t launch shit before it works.

Apple’s Failure was the Newton. It launched in 1993, and was really cool. It had no keyboard, and a stylus with handwriting recognition - which didn’t really work. They rushed it out, with plans to update the software, but the software didn’t come quickly enough. The word “Newton” become synonymous with tech that didn’t work.

In 1982 Itera was a plastic bike designed to be lighter and cheaper than regular bikes - but it turned out to be twice the price, wobbled when you rose - and the handlebars broke.

In 2003 Nokia tried to combine a phone and a Gameboy in the N-Gage. But the design made it look like you were holding a taco to you ear. Oh, and to put a game on it, you had to take it apart. And a lack of collaboration with developers meant that they only had two (good) games.

The glassholes and the gender neutral sex toy

Google? Google Glass, of course. (We at NEXT wrote about it at the time - and had a glass user meet up) Basically an experimental device, launched as a product. And Google failed to appreciate the privacy concerns, leading to signs saying “No dogs, No glassholes” in San Francisco cafés.

In 2014, there was a sex toy called the “Transformer”. It was designed to be gender neutral. One reviewer said that it was designed to please everyone, and please nobody. In 2009, Peek launched a single-use device called the Twitter Peek, which was just for Twitter and the text of the tweets. And charged a monthly subscription.

BIC for Her was a French effort to create a pen especially for women. Glitter. Pinks and purples. Cost twice as much as normal pens… IKEA has tried twice to launch inflatable furniture - which blows around if you have two windows open in the house…

Kodak is mentioned again, for Ofoto (its 2001 version of Instagram or Flickr). By 2012, no-one was printing photos any more, and that was what Kodak had based it model on. It happened the very week that Instagram, was sold to Facebook for $1bn…

There’s a lot of clichés and quotes around failure - but very few organisations walk the walk. WE’re hypocrites about it.

Psychological safety is the key to learning from it. It’s a perception that you can ask questions without being judged, that you can ask for help, and that you can be vulnerable. It’s an openness to fallibility. It’s a culture where you won’t be embarrassed, rejected or punished for speaking up.

Failure is uncomfortable - but we can learn from them.