NEXT17 Summary #2: How to make digital better

So, digital sucks. How do we make it better? By pushing ourselves outside of our cosy cultural comfort zone, and learning from the edge of our societies… The idea of “making digital better” was always implicit in the theme “digital sucks”. You don’t have a conference called NEXT of all things, and just dwell on what’s crap and disappointing. Our two days in September were designed by Ina and her team to be a brutal, unflinching look at what we’ve got wrong — so we can do something about it. In part one of this summary, we looked at where digital went wrong.

Now it’s time to figure out how to make it better.

So many speakers warned us of the dangers of the controlling hands of the big tech players in the West. Too many of them are streaming innovation into their own control, rather than genuinely facilitating the lives we want to live.

Where, then, is the external disruption that we ought to be paying attention to, now that these companies have become the new digital establishment? 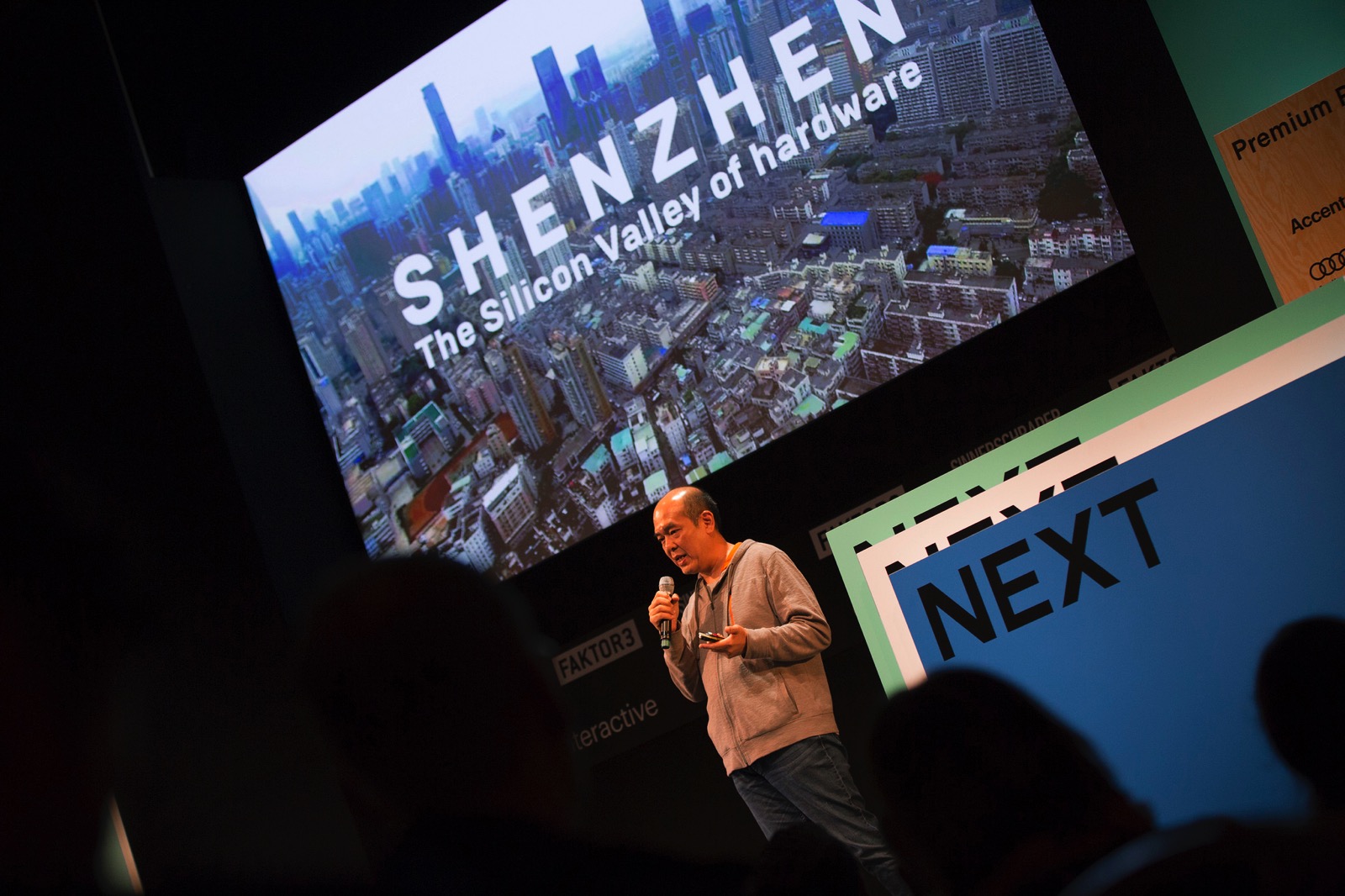 Well, how about China?

Here in the West, we seem locked into a single model of innovation. Much of the tech world seems to have slipped into imitation Apple – big product launches once or twice a year, with a whole load of fanfare. But that’s not how innovation looks in China – and it’s nothing like that in Shenzhen in particular.

David Li painted picture of a city built on chaotic innovation, with whole new products being created hourly, as street traders assemble them from a multitude of off-the-shelf parts being manufactured all over the city. This isn’t people adapting themselves to use one of a limited number of devices, this is a million ideas blooming, creating a device for every need and niche.

Here, Apple isn’t the leader in innovation – it’s a “niche jewellery maker” as Li described the company. Instead, the Chinese market rethinks innovation as a chaotic, Darwinian process, with only the best, cheapest and most useful gadgets surviving.

A later panel that included Li, Trishia Wang and Phillipp Grefer explored that theme further. The regulatory regime in China actually encourages innovations, in stark contrast to the western perception of it stifling new ideas. As new ideas emerge, the Chinese government ignores them until they become successful, and then it sets about regulating them. That gives new products more room to breathe, even if there’s more associated risk for the consumer.

Right now that innovation is happening in cars, with €1000 electric models hitting the market. They’re not “street legal” yet, but they’re not regulated yet. They’re the beginning of a Shenzhen for cars, being created in Chongqing, and it could disrupt the transport world just as much as Shenzhen has disrupted the technology world. 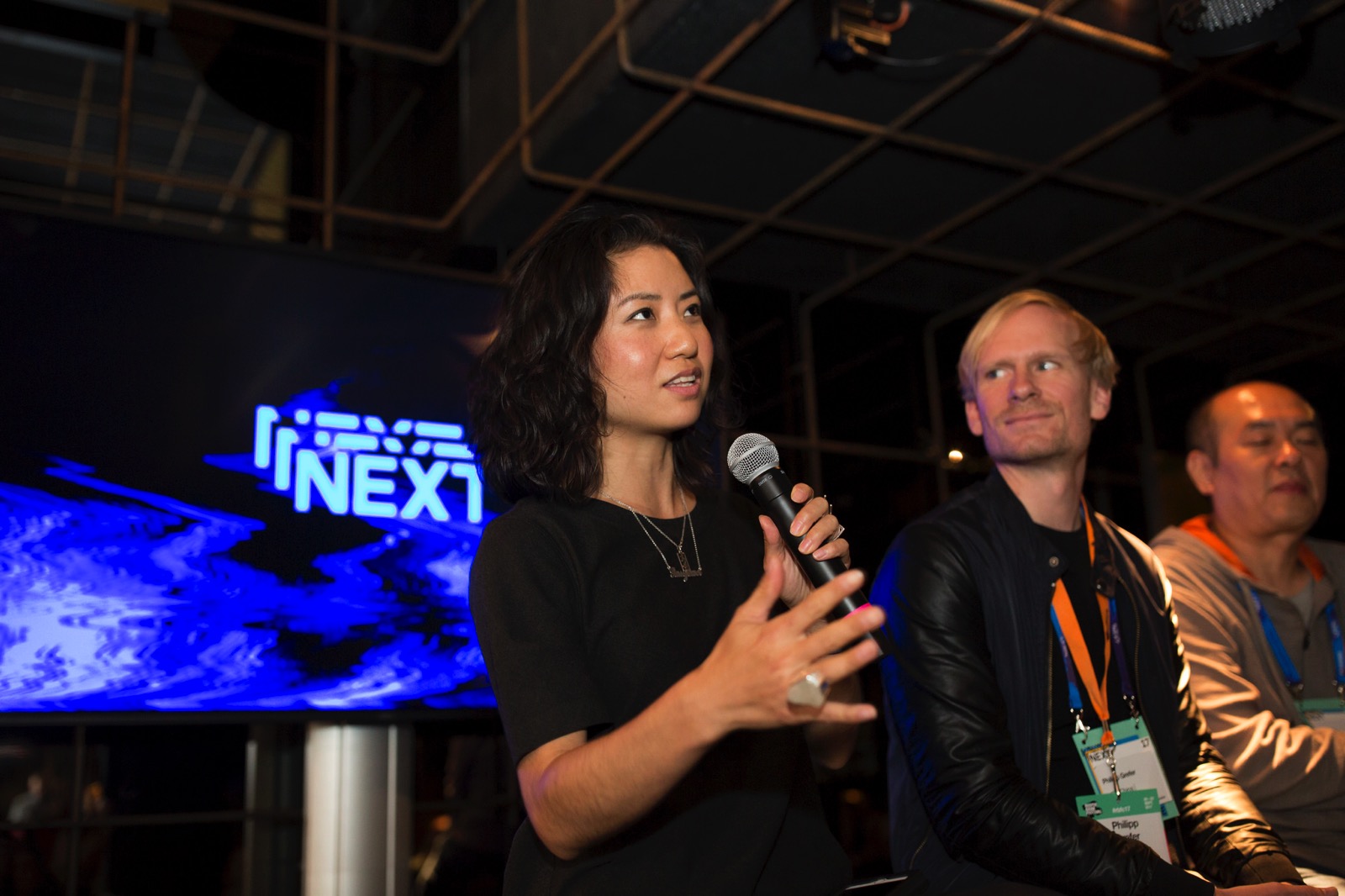 Sure, there’s Government monitoring. But like many things, there’s a matter of perspective. Trisha Wang pointed out that:

China is just more transparent about spying than other countries: look at the Snowdon revelations about the US. You don’t have to be in China to be oppressed.

While nobody wants to live in an oppressive society, sometimes that level of overt oppression breeds caution and creativity – and a online culture increasingly built on anonymous spaces.

The real tragedy here, of course, is that we’re talking about Chinese innovation as if it’s new. It’s not. Tim Cook and Apple have been dealing with Shenzhen for a quarter of a century now. How easily most of us slip into our little Western bubble…

And if you want to see how profoundly different China’s thinking is, look at the central role WeChat plays in Chinese life and innovation. This isn’t a chat and social app as a vanity tool, but a fundamental part of how everyone lives their lives.

The ascent of the outsider 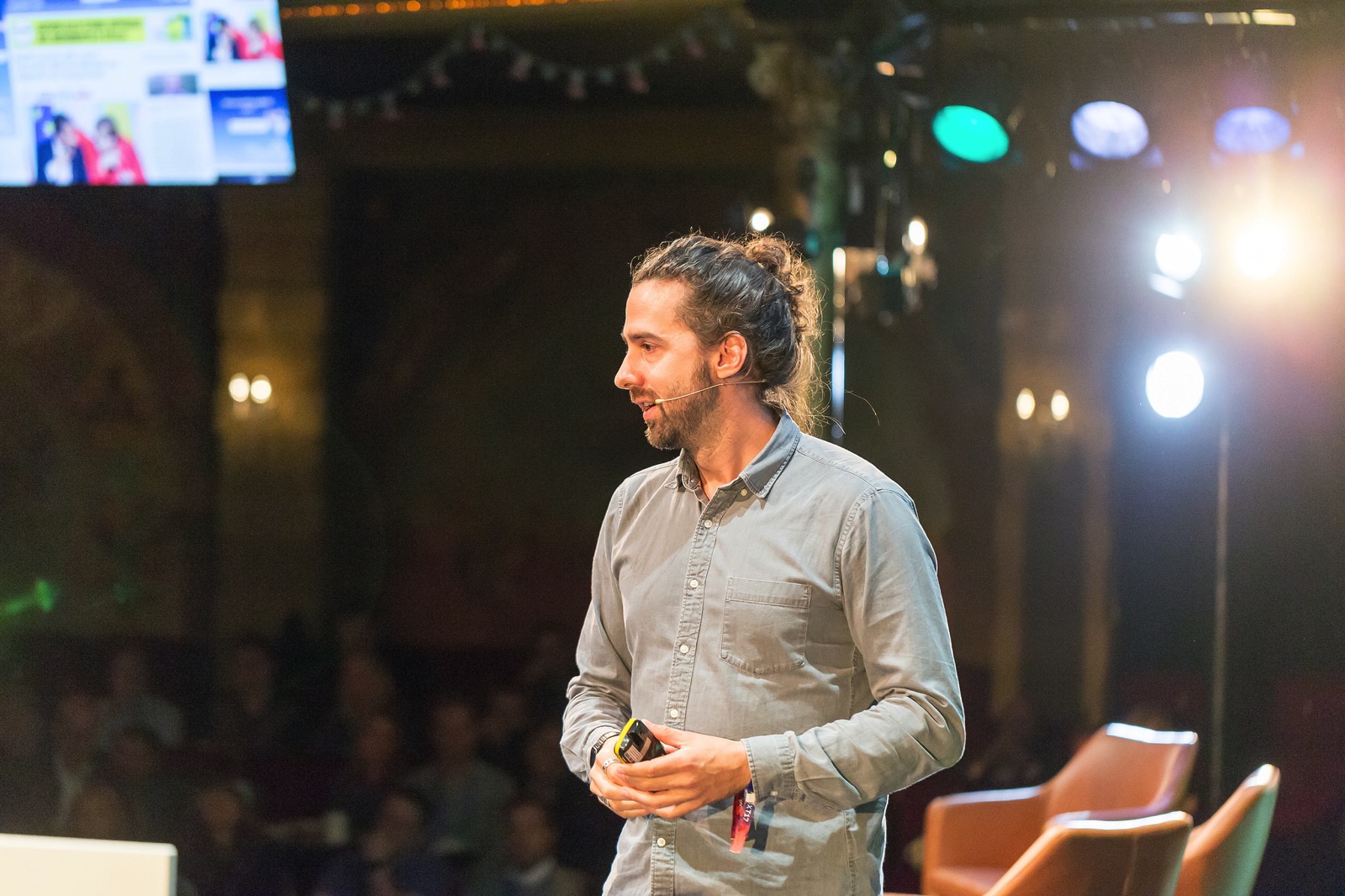 Our cultural blindness doesn’t just extend to other nations – it includes cultures on the margins of our own societies. And those outsiders are already changing the way we live.

Outsiders are hacking our media suggested Jamie Bartlett – and not just in the way that Russia has exploited social media to sow dissent in the West. Even within our countries people who were on the fringes can move rapidly to the mainstream through smart use of digital technologies. An Italian comedian founded a new party and took it to the very heart of power in the country’s politics. A transhumanist was able to get a disproportionate amount of publicity – by claiming to be working for a non-existent political party. And not a single national press journalist checked that.

The risk here is less about people like this taking over – which isn’t what really happens – but that we miss the lesson of their rise. Too often we try to bend new technology to our existing power structures, and miss the opportunity to create new relationships, dynamics and power structures facilitated by this new medium.

There is no fundamental law of the universe that says we have to organise our societies the way we do right now. And it seems naive at best to believe that we could invent something as utterly transformative to human communications as the internet, without it having a profound impact on our societal contracts.

But what about the darkest edges of those societies, where the criminal, the unacceptable and the impolitic lives? What innovations could be growing there?

Deep in the Dark Net 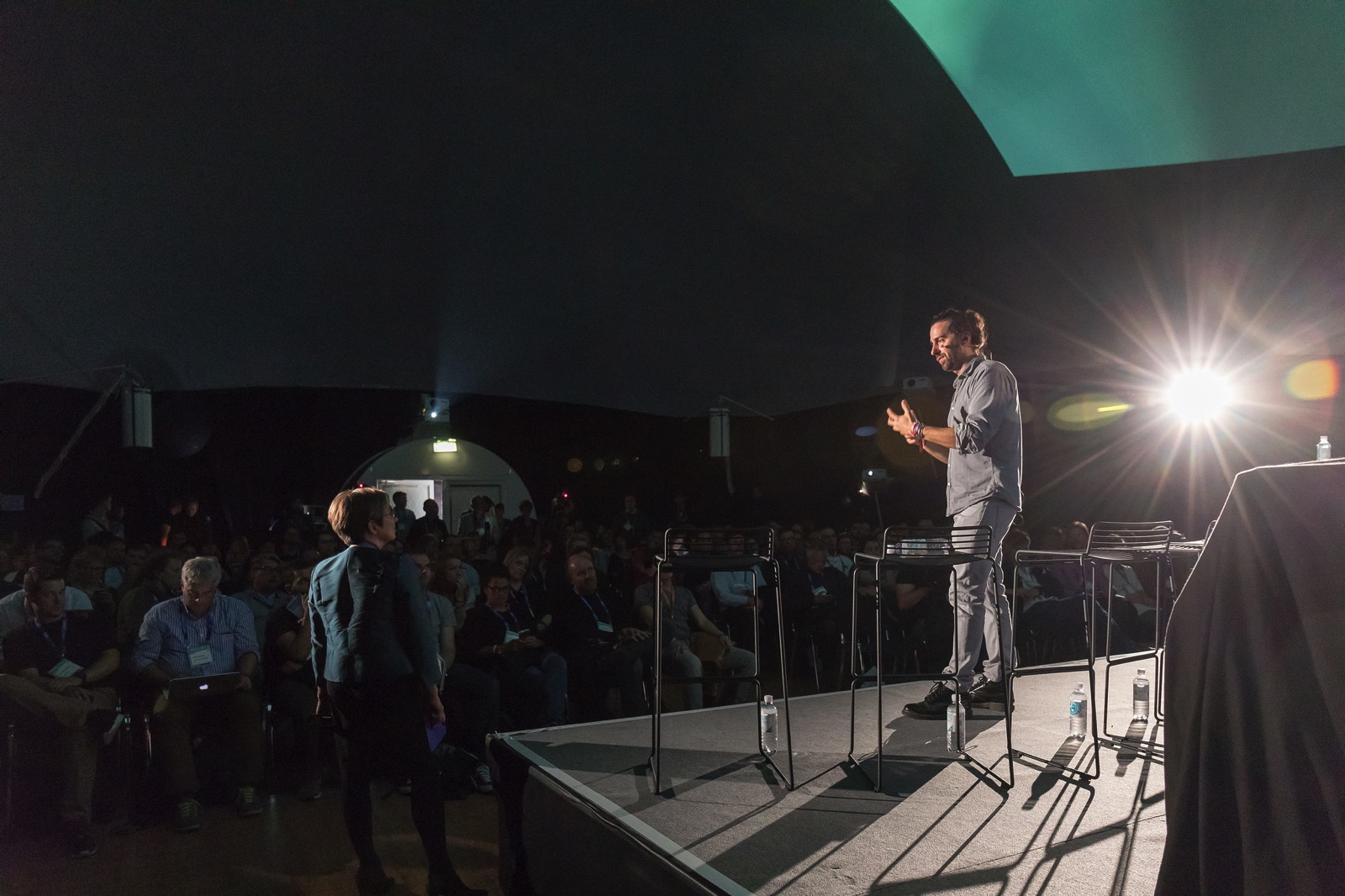 There’s somewhere in the region of 30,000 websites you can only access through the anonymising browser TOR – and they make up the Dark Net. A haven for illogical goods, and unacceptable political views; the Dark Net has also ended up as a hotbed for innovation. Still, it’s lucky that only a few edge cases use it, right?

There’s between 3m and 4m of those Dark Net users. That’s a lot of outsiders. But they’re creating interesting things. The nature of drug transactions means the blockchain’s ability to create trust between two parties who don’t trust each other has led to Bitcoin becoming a major part of the drugs trade. Oh, and it’s gentrified, with a customer ratings system creating the politest, most attentive drug dealers ever. Drugs brought through the Dark Net are of far higher quality than street drugs.

Sure, some policing is getting parts of it shut down. But, in its own way, that just fosters innovation, too, as the people closed down learn from their mistakes and come back better next time.

This is here to say, as Bartlett pointed out. We only have one choice: learn to deal with the consequences. 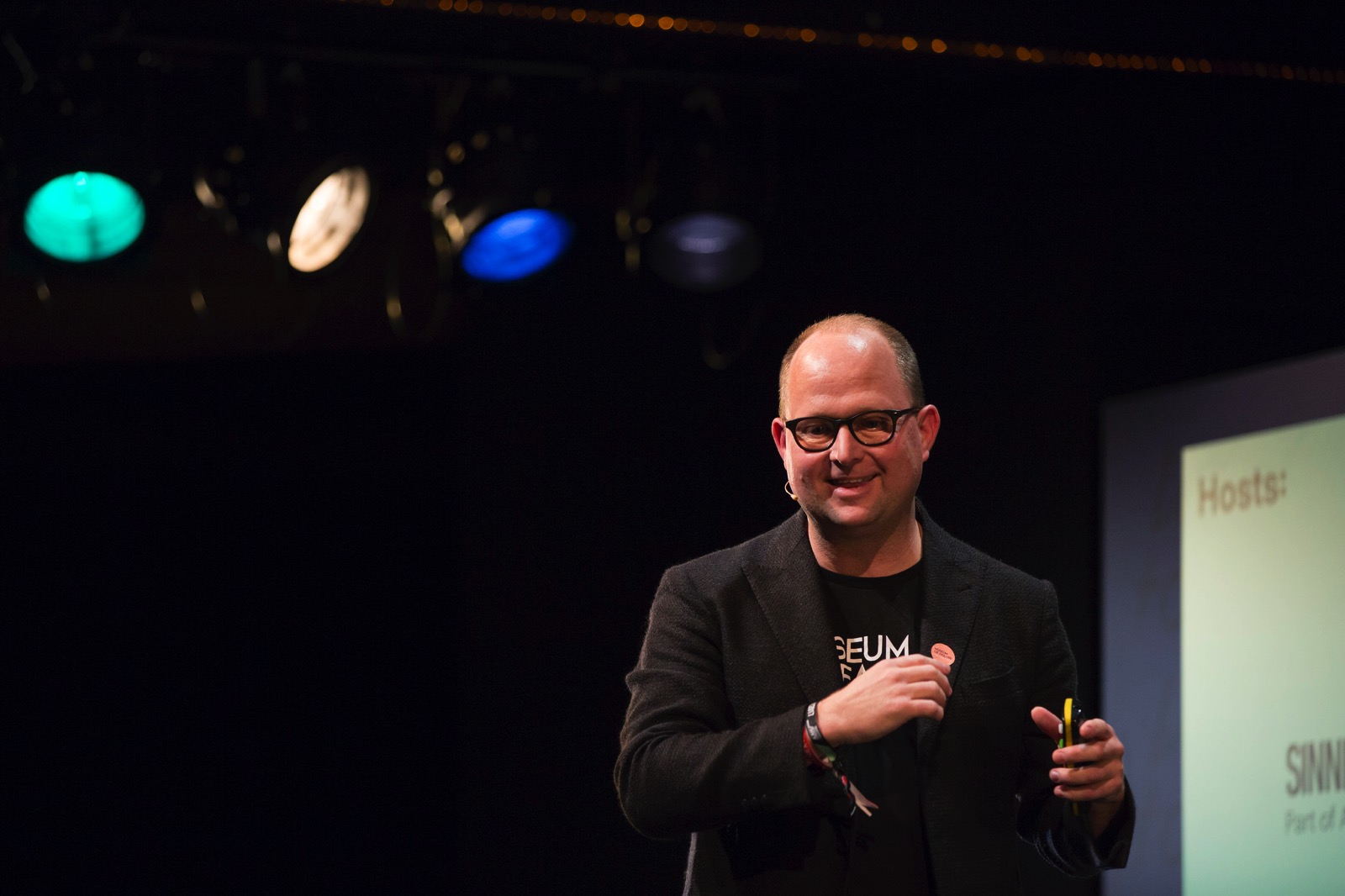 That point about the Dark Web denizens being busted – but learning from it – is fascinating. When was the last time you read a business book, or read a website, concerned only with failures? And yet, there’s so much we can learn from them. Amongst all the lionisation of successful “unicorn” businesses, the simple, brutal lessons of failure are all too often ignored. But, luckily, we had Samuel West in Hamburg to correct that.

In a presentation that was equal parts insightful and hilarious, West forced us to look failure straight in the face – and to try and derive lessons from it.

All successful innovations are the same, but the failed ones are all different. You can fuck it up at any point in the process. We fail at learning from failure.

And how do we escape that trap?

Psychological safety is the key to learning from it. It’s a perception that you can ask questions without being judged, that you can ask for help, and that you can be vulnerable. It’s an openness to fallibility. It’s a culture where you won’t be embarrassed, rejected or punished for speaking up. 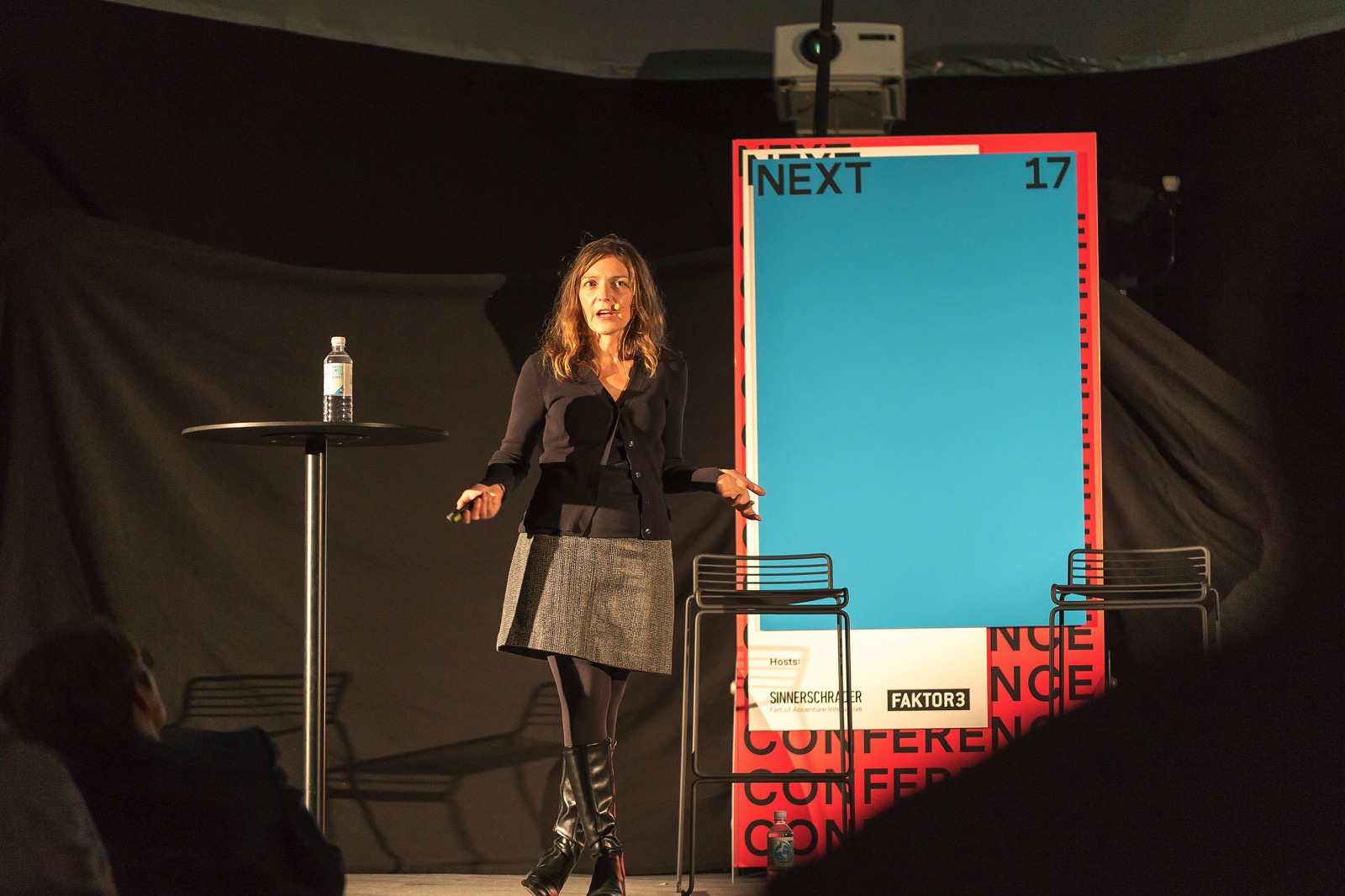 And then there’s our future: the next generation.

People have always misunderstood the next generation, but Generation Y have it particularly bad. People fret about them not meeting up in person any more, like we did when we were kids – but they’re probably more connected than any previous generation. They see little distinction between hanging out physically and digitally, explained Pamela Pavliscak. But they still have a very clear idea of what real friendships are, however they are mediated, and they would give up their social media before they gave up those friends.

Oh, and they understand that people have multiple versions of their identity – they certainly understand this better than Facebook – and the explore those facets of themselves with multiple different social accounts.

We need to think more about this. So much consumer tech is about pinning you down to one personality. Facebook is trying to do that. The latest psychological research into selfhood disputes the idea we even have a core personality. We experiment with identity through storytelling. What we see the kids doing has relevance for all of us.

We need to design for the exponential self.

They’re also fluid in they way they perceive creativity, as it moves from the screen to the physical world and back. And they’re early and enthusiastic adopters of voice interfaces in a way that most of us who are adults now just aren’t. There’s a true generational divide there – and one we should be comfortable with, as voice-based conversation with AI tools supporting us in our work? It’s the future.

Surviving the chaos of the future with unflinching truth 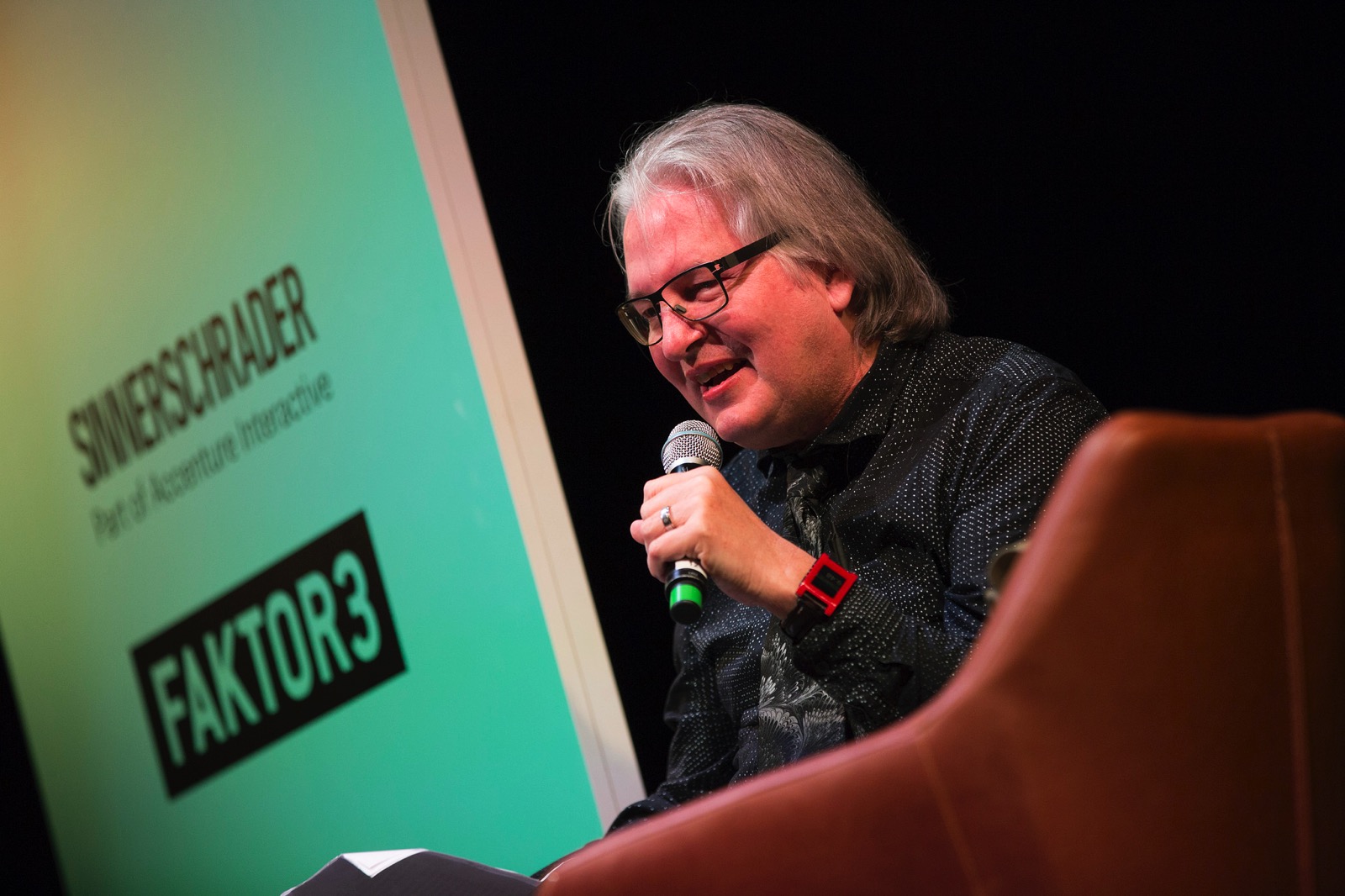 But the future won’t be the cosy vision of connectedness and productivity that the current wave of digital giants are selling us. Bruce Sterling was here to disabuse us of that notion. Instead, he painted a picture of a world slipping towards chaos, as the consequences of our decisions — both physical and digital — came home to roost. We’re seeing our incomes stagnate, as the oligarchs spy on us with surveillance marketing. Britain and America are fracturing, and we’re distracting ourselves with VR toys when we should be adressing the big issues.

What the hell do we do?

So, you might be old people in big cities, scared of the weather. But what if you’re kind to your young, and working to fix the weather? What if you were a smart city? What would happen if Hamburg stepped up and led the free world? Someone needs to.

What would it look like if Hamburg lived in truth? 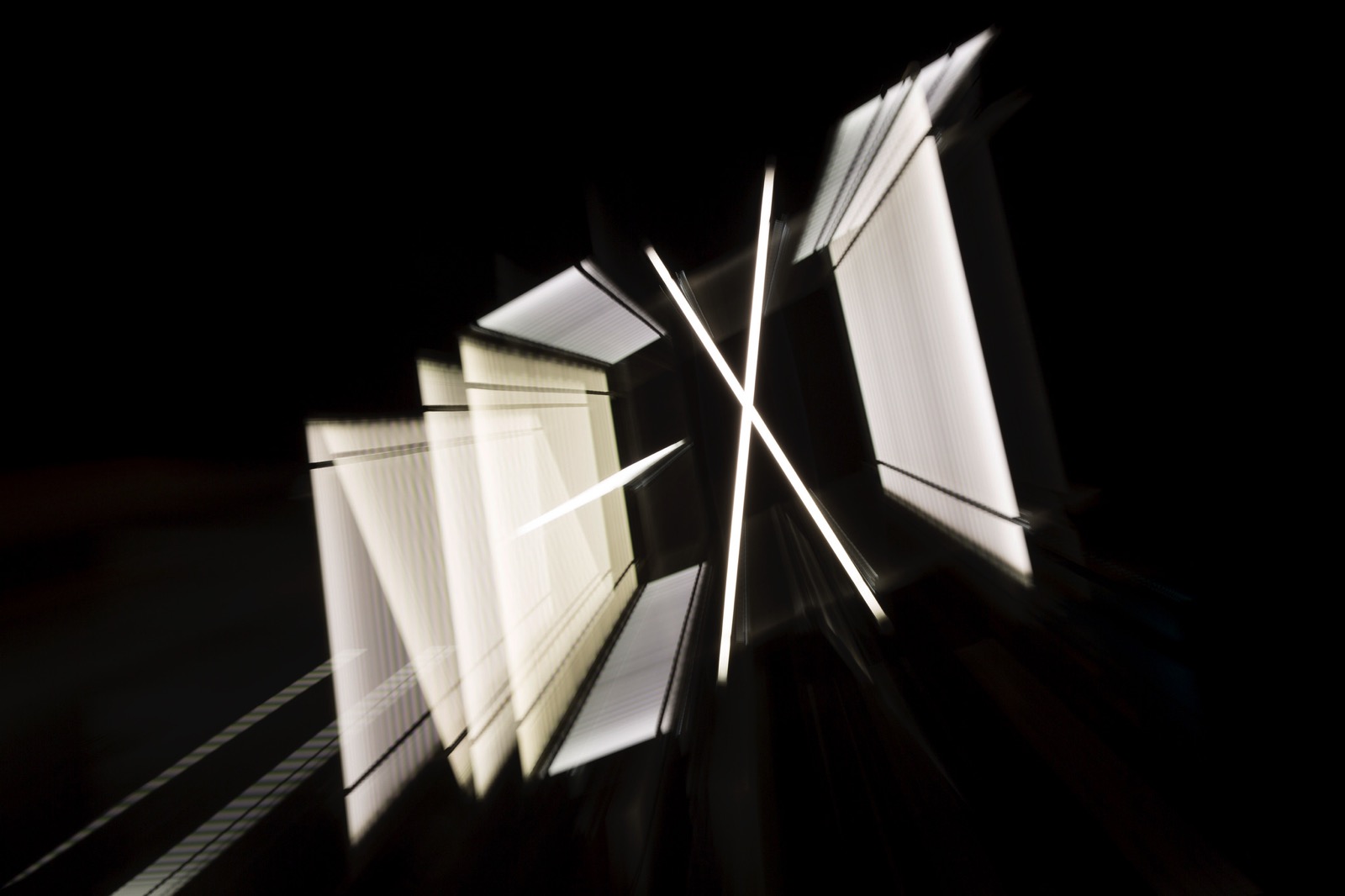 For two days in September, we tried to live in truth. We looked beyond the cosy facade of the digital world, and we saw times of uncertainty and disruption. We saw loss of control, of privacy, of autonomy. But we saw solutions: chaotic, radical innovation. New structures and ways of organising ourselves. New tools for mediating trust. New ways of using our tools and new forms of creativity.

Let’s see how much better we can make the digital work by the time we meet again next September.

This is the second part of a two part summary of NEXT17, which was held in Hamburg in September 2017. You can read part one here.