We need to create a Digital Renaissance

Human culture did not start in the mid-2000s. We have untold generations of art, science, politics and philosophy we should be making available. And we’re not. If there’s one thing that defines humanity, it’s that we are the tool-makers and tool-users. It’s that that operates us from the other species on this planet. In the early years of the internet, that’s exactly what we were building: tools. Digital ones, admittedly, but tools none-the-less.

Then, partially driven by the VC world, we switched to platforms.

The distinction between tools and platforms is a big one. This very article is being published on the NEXT blog. Blogging as a medium evolved because people built tools to publish to their weblogs — literally, logs of their web findings — and others realised that they could use those tools to write about politics or fashion or the tech industry or an annual conference in Hamburg…

Platforms, on the other hand, are more rule-bound, and more constrained by the nature of the choices the platform owner makes. That shapes the nature of the conversations and content that happens there. Compare, say, Flickr, which remains both an incredible course of findable photography, with a hosting of great historic images through the Commons.

You won’t find much of that in the algorithm-sorted, link-free zone that is Instagram.

As the piece on Kottke about digital humanism that Martin linked to last week makes clear, we’ve lost a connection with the past in these new platforms. The original humanists — from the Renaissance — were into the future as a medium for transmitting the learning of the past:

1 they were really into old books and manuscripts, the weirder the better;

2 they tried hard to save and preserve these texts;

3 they worked hard to disperse these texts and the ideas inside them to as many people as possible.

Of course, the Renaissance was enabled to a very large degree by the printing press – the second greatest revolution in information technology ever conceived. The first is, of course, the internet.

We could be using this new revolution to trigger a new digital Renaissance. But we’re not. We’re stuck in the ludic loop of real time feedback in social media platforms that celebrate ephemerality.

How different might have been the history of Europe – and the world – had the power of the printing press fallen into the hands of a tiny number of businesses. And yet, in this new digital revolution, that’s exactly what’s happened.

They paved paradise and put up a parking lot

There is a relentless futurism obsession in most modern tech. Everything is about the now – about capturing and sharing the moment, and moving on. Snapchats and Instagram Stories are ephemeral pieces of communication, and only last night I watch with sorrow as a writer pleaded for people to send back any photos of her children they’d taken in recent years, as they’d all been lost on an unbacked up phone.

How many of our photos are trapped in Facebook? And what would happen if we lost access to our accounts?

The web was once full of efforts to preserve human history, art and learning digitally. Google was all about capturing and making all human knowledge available. Project Gutenberg and Google Books both stove to digitise books both great and little-known, and move them forwards into the digital age.

“The universal library has been talked about for millennia,” Richard Ovenden, the head of Oxford’s Bodleian Libraries, has said. “It was possible to think in the Renaissance that you might be able to amass the whole of published knowledge in a single room or a single institution.” In the spring of 2011, it seemed we’d amassed it in a terminal small enough to fit on a desk.

Now? You’re lucky to find a book more than about seven or eight years old that’s readily available on Kindle. And legislative moves have hampered that vision of a digital commons of knowledge.

You don’t know what you’ve got, til its gone

In the UK, there have been efforts underway for years to reconstruct missing TV shows – things that were broadcast in the 50s and 60s, but then wiped because no-one thought that the shows would have any value again. And then, many decades laters, there are people desperate to find the missing episodes of Doctor Who and other part-wiped shows. How much of our culture now is being destroyed through platform rot, because we didn’t realise the value of what we had, until too late?

I’ve been busy over the last few years scanning my old negatives, and those of my parents. And three decades or so after the photos are taken, it’s often the most mundane images that are the most affecting; a “finish the film” shot of a beloved childhood kitchen, an unexpected glimpse at a 1980 school library.

I published this photo to Facebook yesterday, to have childhood friends raving about the glimpse of the street we all shared in the background: 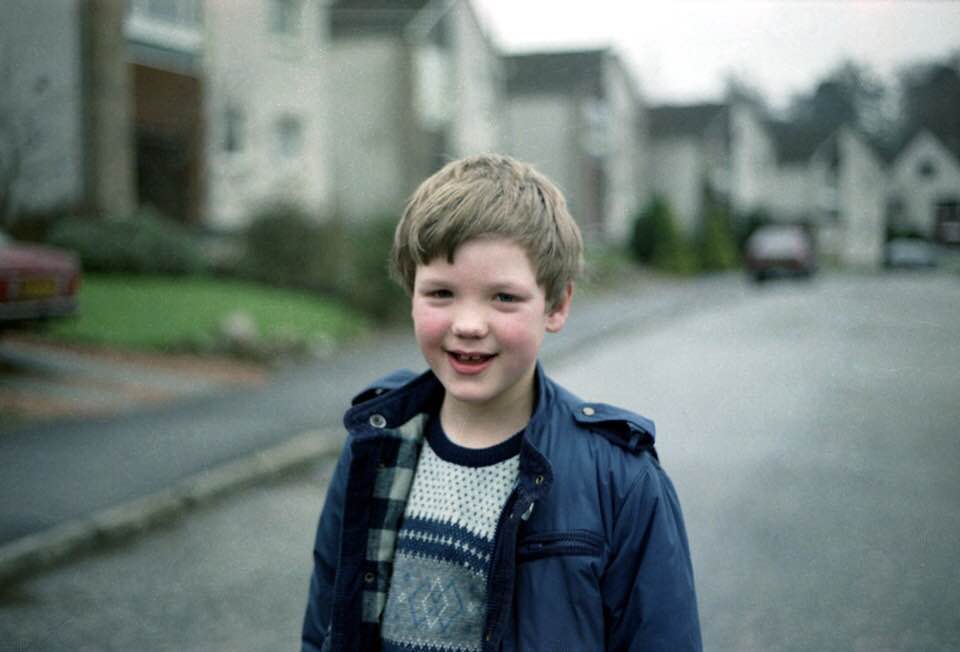 This digital divide — between culture which is making the transition to the new medium, and culture that is being left in the past — is troubling. We’re neglecting the systems that allow this to happen, in favour of a relentless, frenzied focus on the now. That costs us valuable perspective. There’s an old phrase we should cling to here:

Those who forget history are doomed to repeat it.

Human culture did not start in the mid-2000s. We have untold generations of art, science, politics and philosophy we should be making available. And we’re not.

If we’re to turn this digital revolution into a digital renaissance, we need to relearn the lessons of that first Renaissance.