Will there be a mobility backlash, too?

Will the tech backlash drive the self-driving, electric car revolution off the roads, too? Or are there fundamental differences in how this market operates? If the mood at the largest and most important trade show for an industry is an indicator for its condition, the tech and the automotive industry are not only working in different sectors – but on different planets.

Last autumn, the conversations at the world’s biggest motor show, the IAA in Frankfurt, were marked by great optimism and belief in the future. Almost every automaker is currently planning to build (or already building) electric cars; autonomous driving is an integral part of all new concepts; many new companies and start-ups enrich the scene.

Although many people expected faster market penetration of electric cars and more rapid growth in public interest (Google Trends shows a peak of search volume in July 2017), a strong spirit of optimism could be felt at the IAA, including amongst the established players.

The mood at the world’s largest trade show for consumer electronics seems to have been quite different. The conversations at CES in Las Vegas in January, as far as I have been told, revolved mainly around the tech backlash in the US and in Europe. The more the public rejection of tech giants like Google and Facebook increases, the more the mood of the that industry’s representatives decreases. To many observers, the two-hour power outage at the CES has been regarded as a symbol of that negative atmosphere. In the US, the rejection of one praised companies seems to have reached the masses – even SNL recently mocked Google and Amazon.

Are the factors that have led to this tech backlash, really unique? Or might other industries, which also have a strong disruptive development, be affected as well? In short: now that we are experiencing that tech backlash, might there also be a mobility backlash?

The extent of the negative impact of disruption in both industries seem to be similar: Today, people living in the US’s Rust Belt blame new technologies for the loss of their jobs. Tomorrow, people working in or around the automotive industry will blame the trend towards electric mobility and autonomous driving for their own economic difficulties. 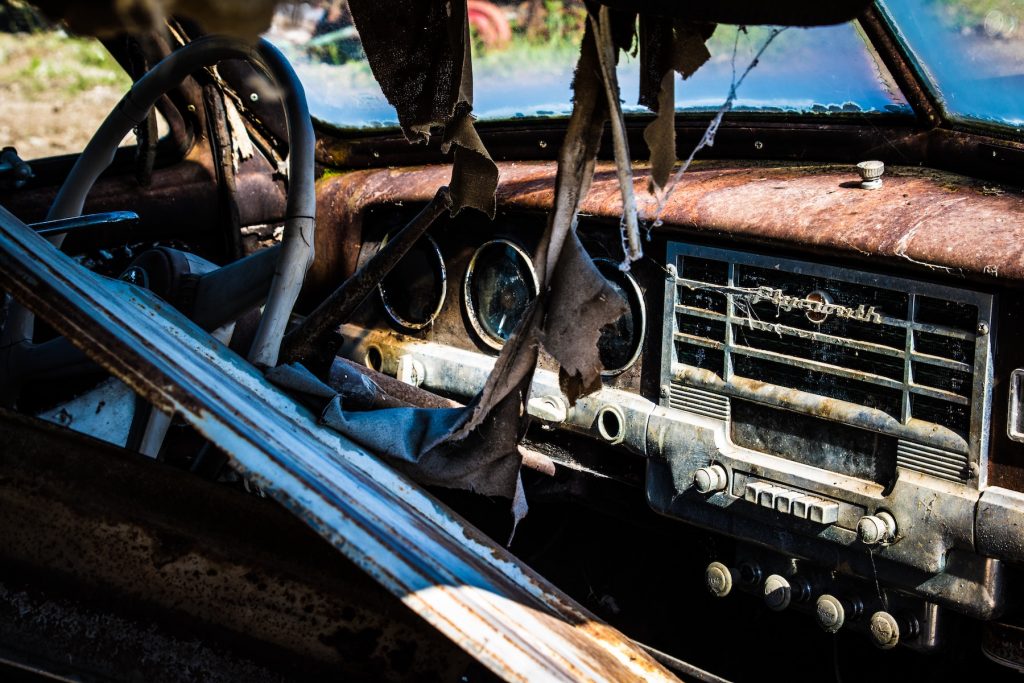 Photo by Sean Stratton on Unsplash

The electric car kills jobs in production (because an electric engine is less complex than a combustion engine) as well as in service (because wear parts such as brakes are significantly less stressed). And the autonomous vehicle makes a lot of professions unnecessary. Just think of train drivers, bus drivers, taxi drivers, truck drivers…

It would be more than understandable, if the blind rage against machines, that NEXT17 speaker Jamie Bartlett has identified, was also directed against mobile machines, especially if the reactionary tendencies in politics and in society continue to increase. The Washington Post recently reported that the White House aims to cut research funding for sustainable energy by 72 percent.

Yet there still are significant differences between the tech and automotive industries. It wasn’t disruption alone which caused that widespread opposition to the tech corporations. On the contrary, the mantra “Move fast and break things” (as Mark Zuckerberg propagated in the early Facebook era) bore a strong fascination in many people for years. It was onnly as other factors came into play that the opposition to tech corporations became stronger:

Also, the representatives of the automotive industry have never placed themselves on such a high pedestal as the leaders of the major tech companies did (from which they now can be cast down more easily). Well, okay, maybe Tesla CEO Elon Musk is the exception that proves the rule.

Photo by Kalle Kortelainen on Unsplash

Recently, I talked to Zurich-based futurologist Lars Thomsen. He is convinced that there’s no turning back in mobility and that electric mobility and autonomous driving will prevail quickly. “The tipping point has been reached”, he says. In his eyes, every innovation has an initial phase in which it is adopted by pioneers only. But once people realize how much this innovation facilitates their daily lives, it becomes a mass market phenomenon.

When it comes to mobility innovations, Thomsen thinks cars will soon take care of their own energy supply by, for example, driving autonomously to an induction plate for charging. Along the way, the cars will be cleaned by a robot, without any effort for their owners.

Unrealistic scenario? Thomsen believes that in only a few years, that scenario will be as self-evident to us as the use of a dishwasher is today. And just remember how, at first, many people claimed that a dishwasher was totally unneeded.

Alexander Cohrs is Editor in Chief at SinnerSchrader. He has a broad editorial background in the automotive field and contributes to this blog as a guest author.