Yes, Facebook needs regulating. But let’s do it carefully, and do it right.

A new set of revelations about how the data Facebook collects on you has been used makes it more likely than ever that governments will act to regulate the company more directly. But can we get this right? Watching the interview with Mark Zuckerberg on CNN reminded me that often German has words so good that English just has to steal them wholesale. In this case the word was “schadenfreude”.

Zuckerberg is, it’s worth remembering, someone who has not really had to answer to anyone in his entire adult life. He founded Facebook in his sophomore year at University, dropped out of his degree, and went on to found one of the most powerful companies in the world, while maintaining a tight lock on its ownership.

He’s almost the utopian dream of the independent, supra-national technocrat – if only the results of his technology hadn’t ended up being so dystopian. And now he’s finding out what it is like to be held accountable, first by journalism – which is not well disposed to like him right now, anyway – and increasingly by governments, with both the British and US governments requesting to have “a little chat” with him – and him personally.

The ability of companies like Cambridge Analytica to allegedly get their hands on data of millions of individuals via Facebook – and the social network’s seeming inability to police and control what’s done with the data it shares with commercial partners, even when informed of the problems, suggests that a legislative response may well be coming.

The central fact that claims suggest this data was used in two of the key electoral upsets of the last few years — the Brexit vote in the UK, and the election of President Trump in the USA — has certainly made the political establishment sit up and take notice of Facebook in a way it has never done before. The spectre of the social network and the data it harvests on its users being used by outside players to manipulate election results strikes at the heart of democratic processes, and cannot, and should not, be allowed to stand.

Just because Facebook is powerful, successful and truly international does not mean it should be above the law. The law, after all, exists to protect us rather than the powerful (in theory, if not always in practice). Even Zuckerberg himself acknowledged that in his interview with CNN:

I actually am not sure we shouldn’t be regulated. I think in general technology is an increasingly important trend in the world and I actually think the question is more, what is the right regulation rather than “Yes or no, should it be regulated?”

Legislation always lags technology – for the simple reason that it takes time for both the problems to emerge that need legislation around, and that the legislative process — quite rightly — takes time and consideration.

Of course, specific legislation is not always needed. Just this week we’ve seen YouTuber Count Dankula (real name: Mark Meechan) found guilty by Scottish courts of being “grossly offensive” – by teaching a pet pug to do a Nazi salute, and then videoing the results and sharing them on YouTube. The legislation he was convicted under — the UK’s Communications Act of 2003 — predates YouTube.

In many cases, more rigorous enforcement of existing laws would be more than enough to curtail some of the worst abuses we’ve seen without reaching for the legislative stick.

The inevitability of a legislative response

But clearly new legislation is on the horizon. Facebook will, almost certainly require some form of legislation. We’ve never seen a business collect such rich personally identifiable data in individuals ever before, and certainly not anything on this scale. Government will be failing at its fundamental duty to protect its citizens if it doesn’t act. And Martin so ably pointed out, Facebook clearly failed completely at self-regulation.

There are two clear dangers, though.

Let’s be honest: most politicians are not technology experts. There is a real danger that poor legislation could make things much worse, rather than better. In the UK, for example, we’ve seen some very clumsy attempts to legislate around encryption in messaging apps, which suggest that the politicians and civil servants involved don’t understand the mathematics. You can’t legislate fundamental laws of nature into compliance.

2 – the law of unintended consequences

Any legislation runs the risk of catching unconnected businesses in its net by accident and – most worryingly – accidentally stifling innovation. Nobody wants this. Any legislation that emerges needs to be thoughtful, well-considered and technologically informed. 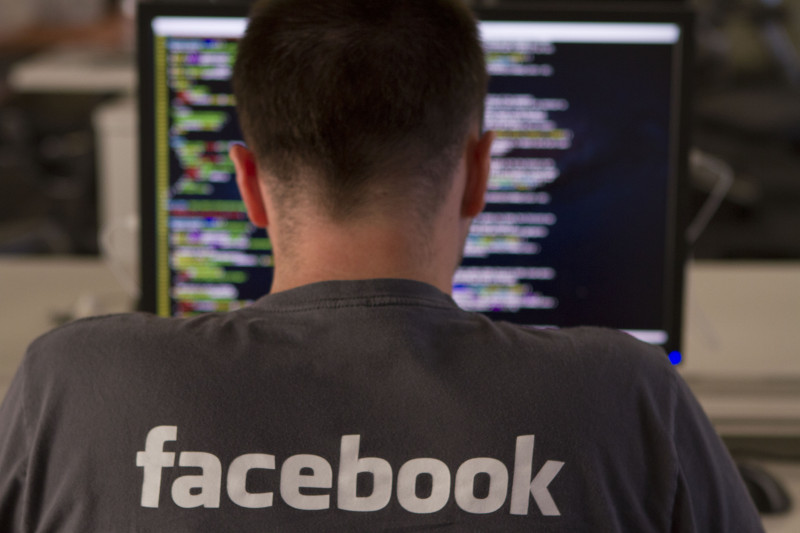 Any regulation of Facebook will be complex. There are simple elements — like advertising — and much more complex sections.

Zuckerberg touched on this in his interview:

On the basic side, I think there are things like ads transparency regulation that I would love to see. If you look at how much regulation there is around advertising on TV and print, it’s just not clear why there should be less on the internet. We should have the same level of transparency required. And I don’t know if the bill is going to pass. I know a couple of senators are working really hard on this, but we’re committed and we’ve actually already started rolling out ad transparency tools that accomplish most of the things that are in all the bills that people are talking about today because this is an important thing. People should know who is buying the ads that they see on Facebook, and you should be able to go on any page and see all the ads that people are running to different audiences. So we actually already have this running in Canada as a test and our goal is to get this running here well before the 2018 midterms, so that way we’ll have that new, higher standard of transparency in place for the 2018 midterms in the U.S. There are broader regulation questions as well, but that’s actually an easy one.

The problem with that response is that it touches on the problem, rather than addresses it directly. Ad regulation is part of the story of the way Facebook is being used and abused by bad actors, but data retention and organic spread of misinformation are just as much part of the problem.

WIRED has dug deep on the problems of regulating Facebook – but this conversation isn’t going to disappear, and these discussions are already happening within governments.

Ultimately, and to his obvious discomfort, Zuckerberg has lost the opportunity to have the last word on this. At last, he’s answering to others. And as Facebook cannot control what is happening on its own platform, it’s up to Government to put the fix in place, for the sake of our democracies.