Perhaps one of the reasons technology has gone wrong is that our dreams of its future have got so small. Does art offer a way out of our failure of technological imagination? 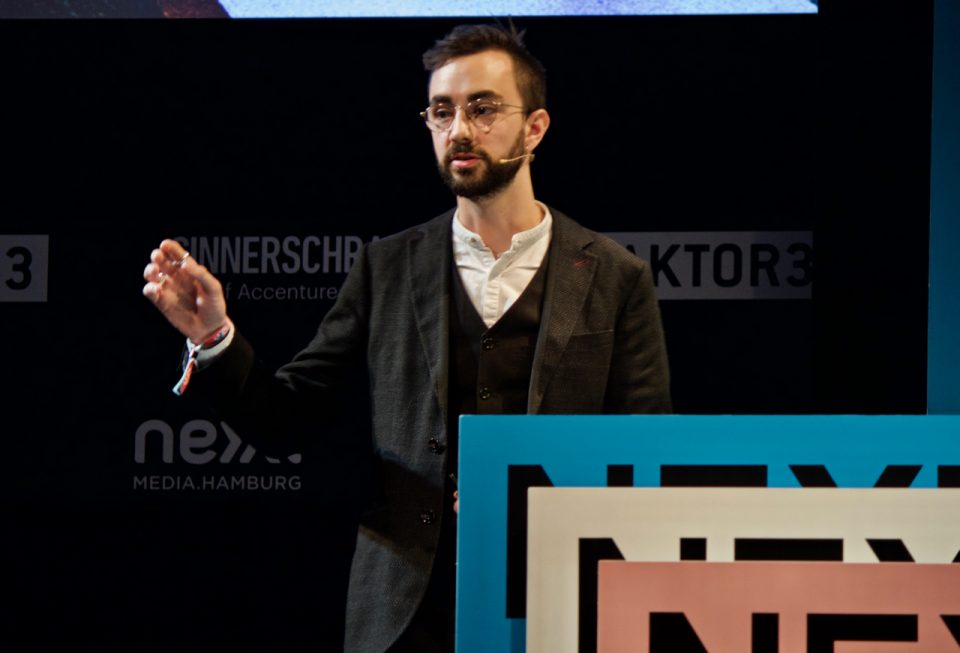 Tobias Revell is an artist and designer. Spanning different disciplines and media his work addresses the urgent need for critical engagement with material reality through design, art and technology.

Our imagination for technology has become limited. It’s become all about consuming things faster and faster. It’s about notifications that tell us how bad we are at being human.

Once you name something, you can control it. We like to control things. We reshape the earth in the image of technology. By naming the future, we control it. But there was an age when technology was a thing of wonder and imagination, and so were our fantasies of it.

The (original) Mechanical Turk was an (apparently) autonomous robot that played chess. We now know it was operated by a small person within, but at the time it was a subject of much speculation.

Edgar Allan Poe wrote about this as a journalist, as Maelzel’s Chess-Player (1836). It was the first piece of tech criticism.

In 1854 a group of mesmerists petitioned the US congress for money to investigate spiritualism via telegraph. Talking to the dead seemed no less plausible than speaking to people across the other side of the country.

In the 20th century, cartoons like The Jetsons imagined a future of flying cars. We don’t have them yet. We have crap cars; cars that have only incrementally improved in a century. We devote 40% of our cities to them, and they kill 27,000 people a year. And we don’t think about it.

An imagination failure in technology

When did we lose our imagination about tech? It happened between the wars, as people started doing time and motion studies, led by Frank and Lillian Galbraith. They treated humans as inefficient problems to be solved. Technology became about increasing human efficiency and productivity. The home became a capitalist node, where we could be sold things to make us more efficient.

Even today, the smartphone app is about saying “you’re crap at thing x, this app will do it better for you.” All the design fictions of technology suggest that tech will make our homes as busy and productive as possible. Even in the transition space between home and work, where you might daydream or fantasise, we’re being told we should be productive instead. Too much tech effort has gone on performing basic tasks so you can work more.

The future visions we create loop back and create our futures. There are politics in 3D rendering of urban designs. We create flawless renderings of the future, and they look so flawless we don’t question them. We don’t have an incentive to challenge them or dream of something different. 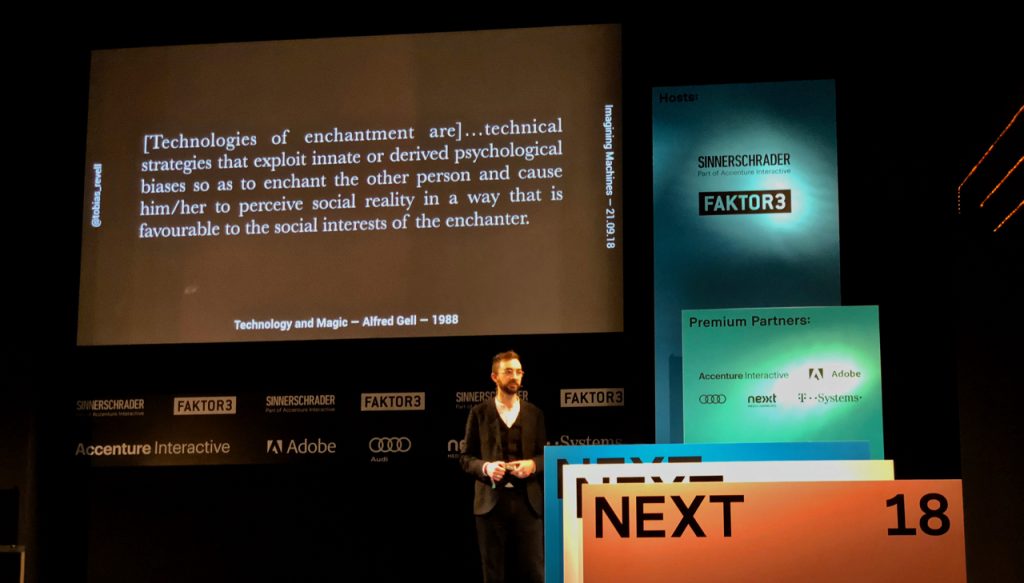 Back in the 1960s Superstudio predicted a homogenisation of the future – and it’s now here. Yet, people respond to inspiring visions of technology. The gesture interface of Minority Report is flawed – it’s inefficient, it hurts your arms – and yet people keep trying to build it, because the fantasy is so compelling. In Star Trek, people use holodecks to create… fantasies of the past. Yet people are working towards creating holodecks, a fantasy of teh future.

Horror offers us a way out of these traps. Ringu is powerful because it breaks what we believe television can do. The Lumière Brothers film, the arrival of a train, which was many people’s first experiences of film, caused people to run away – because they weren’t familiar with moving images, but they were familiar with trains – so they reacted as if it were a train.

Skype is a really interesting technology – because it’s 3,500 years old. Humans have always aspired to see things that are far off – hence the prevalence of scrying and crystal balls in myth.

How do we break out of the limited fantasies of technology we have now?

Whenever a new technology emerges, the a narrative around it tells us what we should expect next from it. How do we escape this trap of the imagination? Art.

Look at the work of James Bridle. 3D rendering software has created a new aesthetic of fantasy. The sublime in technology is interesting. Video games are interesting. The subculture known as speed-running is fascinating, where people hack the games to effectively build new games out of it. Look at something, and break the rules.

The people who came before us told us we needed to be more productive and efficient. So that’s what we imagine. Let’s start imagining something else.