Imogen Heap: the diaries of a music and tech adventurist

What does Block chain have to do with music? Everything, if Imogen Heap has anything to do with it. It could build a new network of creativity… Imogen is wearing some very special gloves – they’re designed to allow her to control the vocal effects applied to her voice without her having to go over and play with her laptop. She has nine different gestures she can do to trigger different effects.

Here they are in use:

She’s on tour – this is week three. They’re doing shows, workshops for pros, and workshops for kids. She’s travelling with her partners and her three year old child, too. Why? Because she believes in a future where musicians can earn a fair living for their work, and make the most of new technology.

The industry was too slow to adapt to MP3 and Napster. She’s learnt from that and has been excited by the maker movement, and now by Blockchain. Could it be used to create an open songs database? She thinks we can do exactly that.

Then she discovered smart contracts. Smart. Must be good. She collaborated to develop the first smart contracts for music. She did an interview for Forbes about it, a vision essentially of what it could be. And this became Mycelia.

The name is a great metaphor for the hidden networks of the music industry, that is where the creativity happens before it gets to the publishers. It’s a not-for-profit research and tech development hub. Tiny Human was the first song released with a smart contract with Ujo Music. 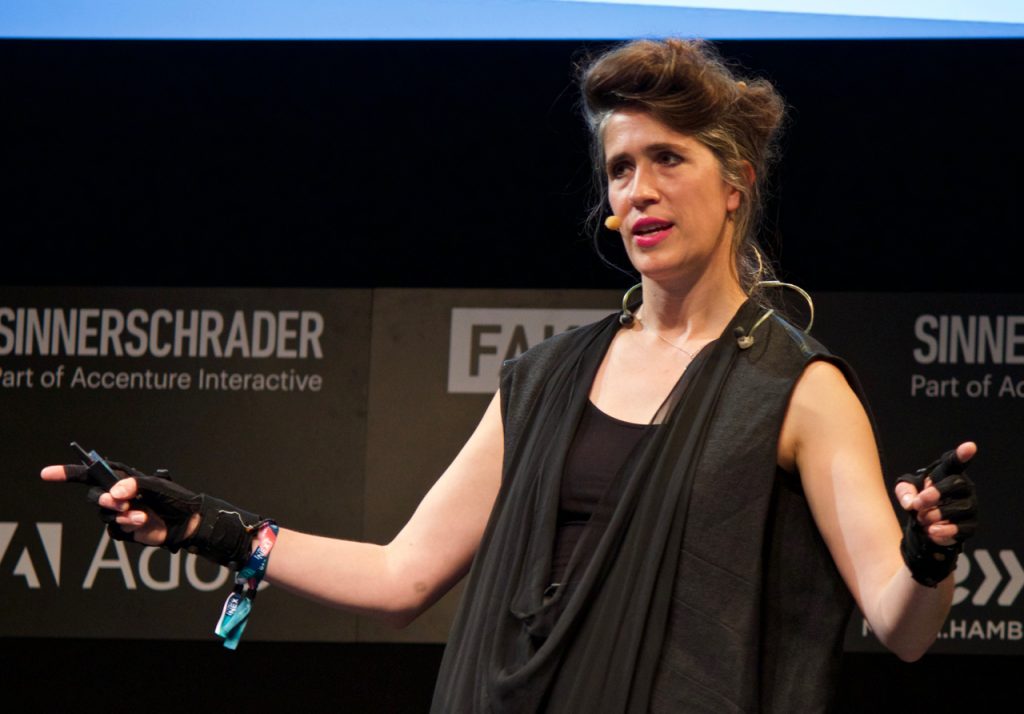 The last element is the creative passport – the personal online footprint of a creator. It’s a digital container to hold and link verified artist information, from works to rates. It has your songs – and who played on them, who mixed and produced them and even the equipment you use.

It could connect the fragmented music industry, connect them, and spark innovation. It could be a place the artist controls, unlike, say their Wikipedia page.

It could solve problems of credits getting missed out – because all the information is better connected. They can be updated from one source.

Right now, the music industry isn’t working well for artists. The huge music streaming services have to be huge to pay the up-front costs the labels demand. Maybe this database could enable smaller services, working directly with artists, without the costs of the big labels, and making more money for artists.

Just one snag: it doesn’t exist yet. And she dons’t want to just go get VC funding and build herself, because that would make her like everyone else. She wants to build it slowly, peer-to-peer. They’ve had a hack week in Stockholm, and are starting to build some of the basic building blocks.

As they build out services, they could start deriving revenue, and use that to reinvest in artists. The future is bright – tell your musician friends, because many of them are disheartened. This could change things.