This session of NEXT18 was a chance for two startups to pitch teh audience on their ideas for fixing digital with their ideas. 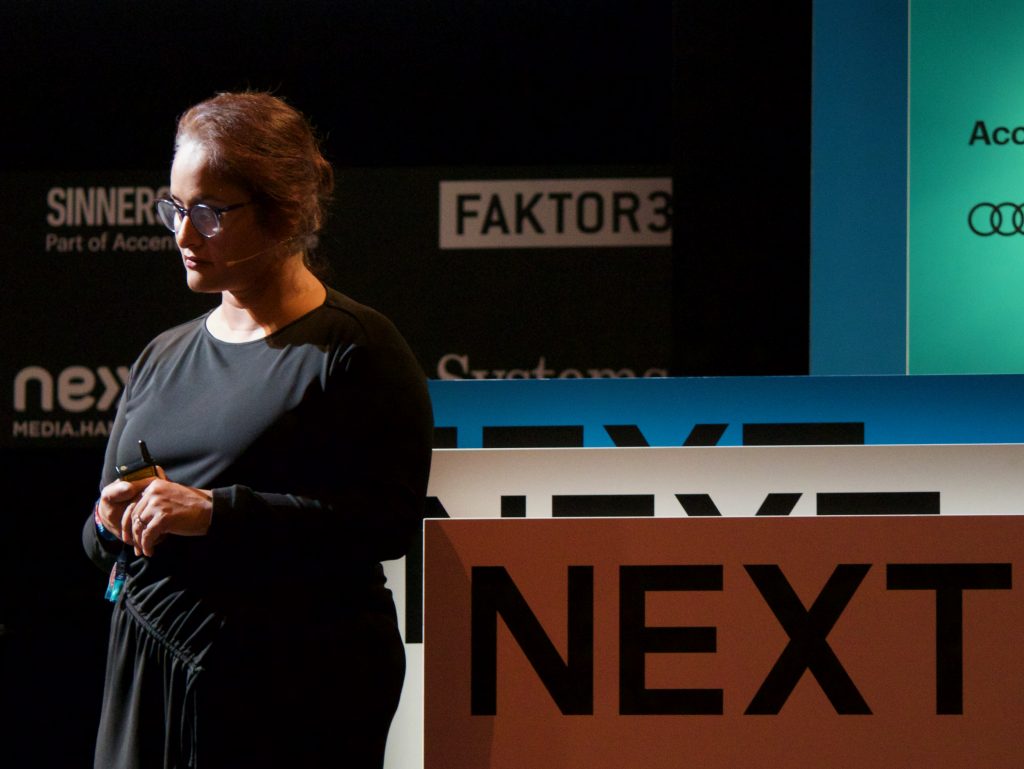 Openbook is our dream is for a future post-Facebook. For a platform created with security and privacy built in from the beginning, not bolted on later. When was the last time you had fun while worrying about your privacy?

We want to build a very different business. We’re open source – that keeps us honest. We’ll be donating 30% of the money we make.

The most extreme opinions are kept alive on social platforms because of advertising. They generate the most interaction, the most clicks, the most value for advertisers. Remove ads, and you create a different platform. We want you to stop paying with your privacy and security.

Our manifesto is on our page, if you want to know more.

More than that, we recognise that you have to have your own personalised space, and we’ll start with that on mobile. It is more than the right time to do this.

This is Joel’s baby — he’s an incredibly talented developer. But we’re a team – and we raised €56,000 on Kickstarter – and more on IndieGoGo. We need that – and your support – to turn our prototype into a reality. 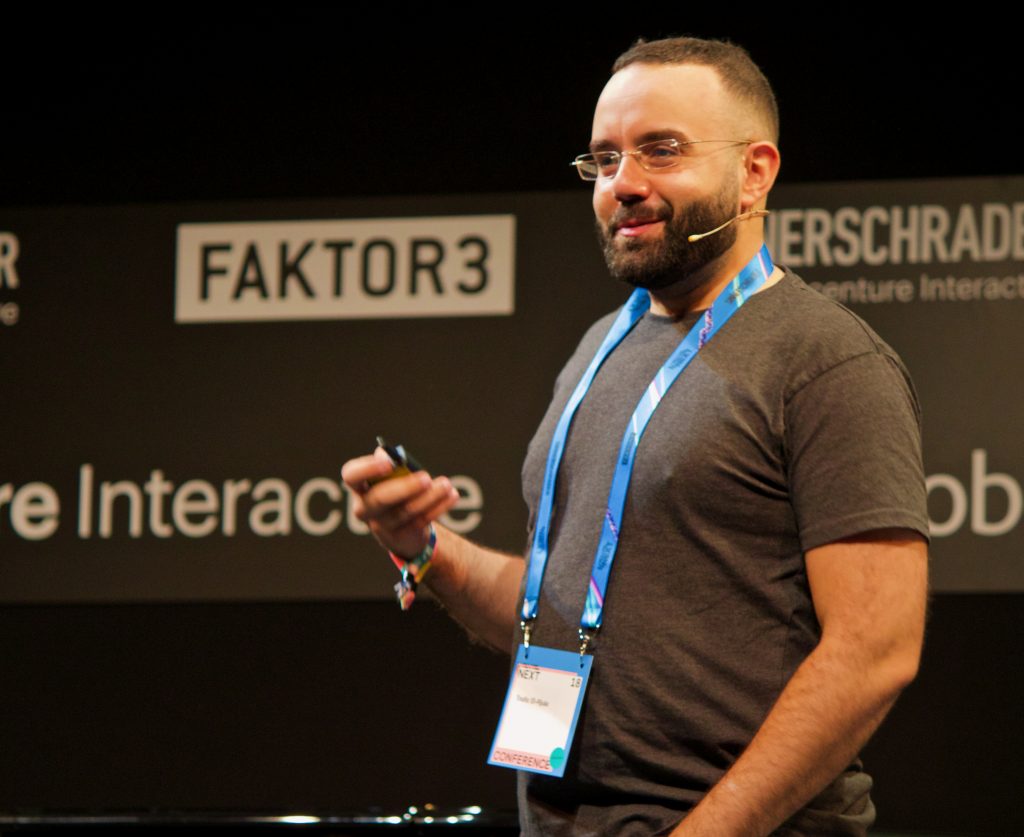 There are 936 million vulnerable people around the world. 290 million people are invisible – born without identity documents. Tey has a solution. And he has that solution because he is an invisible man. He has his birth location down as “unknown”, because his birth certificate was destroyed din the Gulf War. He was born in Kuwait, but his father was Syrian.

He came to Netherlands in 2010 to work, and ended up applying for asylum to stay in the country once his contract ended. It took him two years to go through the process. He moved between five refugee camps with 14kgs of paperwork, travelling 987 km. He won a Masters in digital currency while doing this.

His company, Ana, helps NGOs and Governments issue identity documents – it connects a blockchain called Sovereign to other systems, with Ana as middleware. It’s a one-time identity tool that is privacy compliant. It’s based on mobile. The majority of refugees have mobiles – it’s how they plan their travel.

There’s a connected fieldworker app, too. That gives us accountability, efficiency and project carry-over.

And there are project-level metrics, telling how many people they are helping, and how much it is costing. They have some projects underway, and some adoption. But technology by itself does not solve problems – people do. They have a panel of advisors with deep experience.

They’re one year into their business. Tokenisation is a good way to raise funds, if they plan on sharing profits with the people who hold the tokens. Tykn is about hope, not hype.