Samuel West: #FailLikeAGerman – and other things we can learn from failure

There's always more to learn about smart failures. The Museum of Failure founder makes a return visit to NEXT, to take about new and old failures, and even a German failure… Samuel West is the founder and curator of The Museum of Failure. The museum is a collection of failed products and services from around the world. Every item provides unique insight into the risky business of innovation.

One of the biggest barriers to innovation isn’t a lack of systems or processes – but a fear of failure. We need to be better at facing failure, and talking about it, too. That was one reason for the Museum of Failure.

Another reason was that I got really tired of hearing about success stories. magazines and conferences are full of them. There’s this idea that if we consume the stories of these successful people it’ll rub off on us. Nothing could be less true. In fact, consuming these success stories may be correlated with personal failure.

Learning is the only process that turns failure into success. In the early 80s, Pepsi did the Pepsi Challenge taste tests. In those tests 9/10 people preferred Pepsi. Coca Cola panicked. They change their recipe, to taste more like Pepsi. The customers were furious. How could they change that classic recipe? They had to relaunch the original as Coke Classic.

After Samuel spoke to us last year, the Museum also opened in Hollywood, complete with a film section. It continues in Helsingborg.

The very definition of failure

But what is failure?

It is a deviation from the expected and desired results.

The Segway is a failure under that description. It was supposed to be a revolution, to change the way humans move around.

The Itera is Sweden’s best example of an innovation failure. In 1983 plastic was awesome – it was the material of the future. So, let’s make a bike out of it! Great. It’s really light. But it breaks, and it wasn’t rigid enough – it wobbles when you ride it. Oh, and it was twice as expensive as regular bikes. 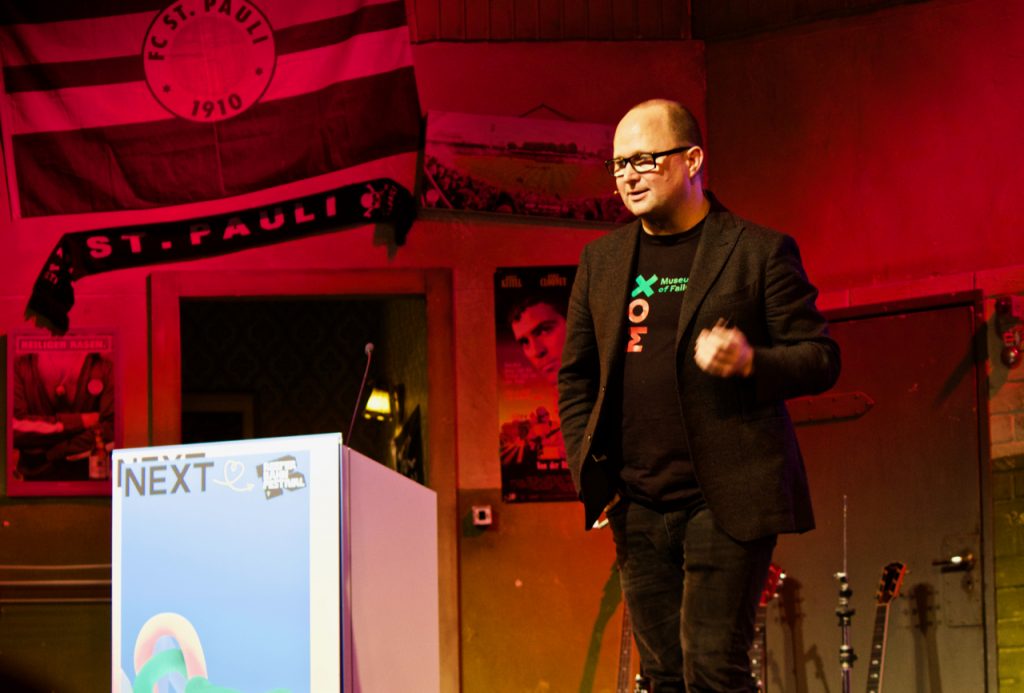 The Glass Armonica failed in the late 18th century. Benjamin Franklin, a founding father of the United States, invented this in 1761. It was hugely popular – until people got it in their heads that this unearthly sound was making them mentally ill. It killed the product, unfairly. What can we learn? If we don’t take people’s fears seriously, it can kill our technology.

The Microsoft Zune was a “me too” innovation – it failed because it was no better than the Apple iPod. Tidal, the music streaming service is used by no-one in the room. Only five people have heard of it. It’s meant to be an artist-friendly Spotify, which pays the better, and gives customers better quality streaming. Why did it fail? Rich musicians were asking us to switch to a service that made them richer. And the quality difference didn’t matter to most consumers

The Roland 303 was one of the most iconic synths, designed to be a bass guitar accompaniment to solo guitarists. Only a few problems: the manuals were bigger than the device, and it sounds nothing like a base guitar. They ended up dumped in Tokyo Bay. But after that it became cheap on the second hand market, without manuals, and used it to create the Acid House sound.

Juicero – which we’ve written about – was a super-expensive juice press. You bought $10 sliced fruit bags. You put the bag in the juice press. It’s awesome, well-designed tech – and it extracts all the juice from the fruit. And then it turned out that you could get just as much juice by squeezing the bag by hand. It was an awesome solution to a non-existent problem.

Olestra is a calorie-free substitute for fats. It was great – other than the fact that it gave you explosive diarrhoea. The Pringles made using it were not popular…

Sprükondon was a spray-on German condom. It’s genius – a custom-made condom. The problem? It takes two minutes to dry…

You can read more about German failure in our interview with Samuel.