As reality is more and more shaped through digital products, we see more degrees of freedom than in the analogue past. Fake news, filter bubbles, and alternative facts are only the tip of the iceberg. 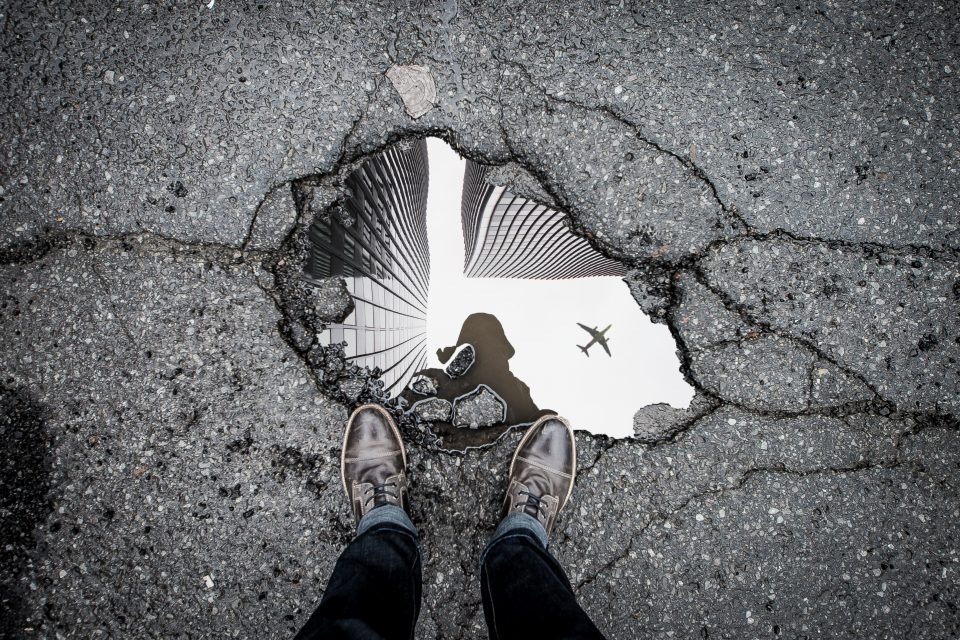 Sci-fi has a long-standing history of becoming science fact, perhaps because freakish creations inspire real research. But over the past few years, all kinds of dystopias also became reality. As 2018 draws to a close, this leaves us with mixed emotions. The Facebook scandal (that is more a continuous saga of scandals, with lots of episodes) shows in its latest iteration just how Mark Zuckerberg’s company is rotten from within. We are not talking about your typical start-up here, but about one of the largest public companies the world sees today and an empire without any precedence in history.

Has Facebook lost touch with reality? Or is it the other way around? As reality is more and more shaped through digital products, we see more degrees of freedom than in the analogue past. Fake news, filter bubbles, and alternative facts are only the tip of the iceberg. Let’s try an intellectual game: Recast fake news as virtual reality, and alternative facts as augmented reality. Granted, it’s not a perfect match, but I hope you get my point: We now live in different realities that increasingly lose touch with each other. In a way, that’s typical for great epochal breaks. The common world view of the past 500 years – in one word: modernity – is fundamentally shaken.

The trillion dollar question is: Will we ever return to a shared world view, or will we from now on live in parallel universes? Physics has an opinion about that.

These epochal breaks typically come at a huge cost. A whole world order, including value and values, gets destroyed in the process. In Silicon Valley parlance, this is dubbed disruption. To an extent, it’s the flip side of the innovation coin. At its core, innovation is the introduction of something new or different. To really make a difference, it needs to be dramatically, e.g. ten times, better. If that’s the case, consumers flock in droves to the new offering, leaving the old category leaders behind. They are disrupted.

Or don’t they? Do the incumbents really strike back, as IBM proclaimed earlier this year? At least, they invest tons of money in digital transformation. According to IDC, more than $1.1 trillion was spent this year alone. But where are the results of all these investments? Huge amounts of money is flowing into customer experience (CX), but Forrester notes that almost all CX professionals see the ROI of CX as not well established.

There is a strategic and structural mismatch between what CX needs to do and what CX is allowed to do or is capable of doing. 2019 will see that mismatch continue to play out.

That’s a grim outlook. Is there a götterdämmerung on the horizon? Will we see Valhalla burning in 2019?

Not so fast. True, innovation is very hard, especially in a corporate context with all its silos, with marketing focused on the brand instead of the product. With design and engineering not really integrated. With innovation labs living on different planets, detached from their motherships.

At the same time, the GAFA/FANG giants have almost become death stars or black holes, stifling real innovation, i.e. innovation that doesn’t fit their business models. They’ve created their very own reality, far away from everything else – despite their user-centricity that made them tremendously successful.

It will be interesting to watch where the next wave of innovation will come from. Consumer expectations and consumer behaviour will continue to change, and business models along with them. That’s for sure.

Photo by Marc-Olivier Jodoin on Unsplash