Redefining “company” may be the key to sustainable business agility

Let's face it - the business structures of the past no longer serve us well. We need to go back to the roots of what a "company" is — and that will guide us to new solutions. 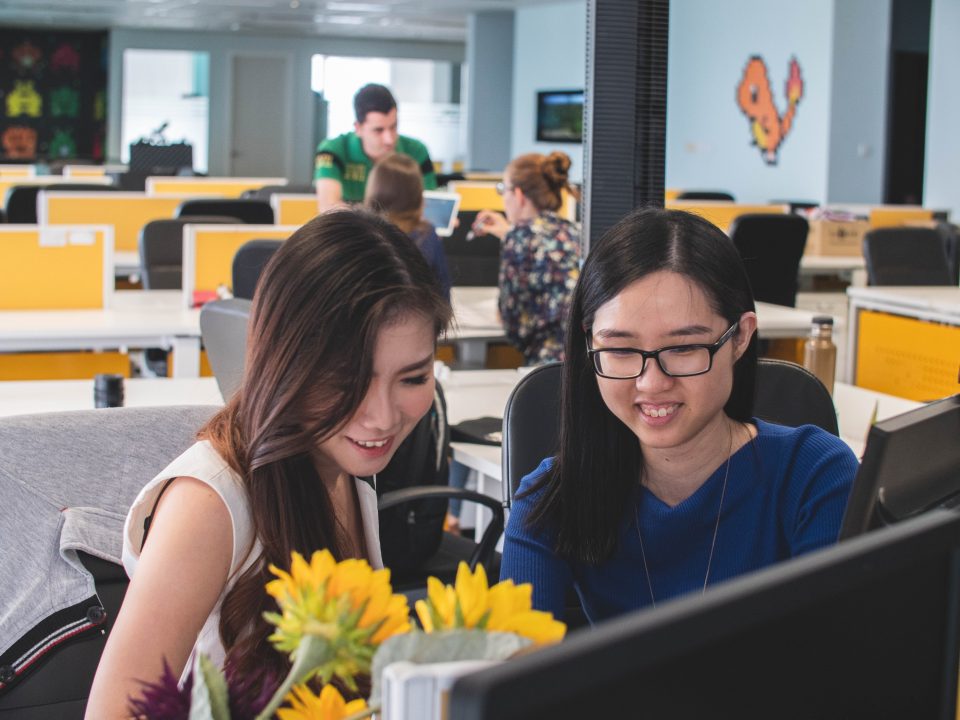 If there’s one clear lesson from the digital transition – it’s that small fixes rarely work. Pasting a little digital onto your business might see you through for a little while, but failing to properly incorporate it will eventually see you caught in the tides of disruption.

And nobody wants that.

This is just a manifestation of the famous Bill Gates quote:

Don’t be lulled into inaction – or I suffice to action, he suggested.

In fact, it’s often worth going back to first principles, rather than just tinker with existing structures. What could a company actually be?

The word “company” in English is often assumed to be a synonym with “business” – but it’s not. It carries with it a more human aspect: it’s about a group of people working together towards an aim. This is why it’s used in the military too, for a “company of troops”. Or the feeling of fellowship: “in good company”.

It’s easily to lose sight of the idea that a company is not just a product, or a proposition, but a group of people with skills.

Yesterday evening I was reading an interesting speculation on the future of my last full-time employer. What struck me was that it was in no real sense the same company I left six years ago. The business, the people and the strategy had very little cross-over with the company as it existed when I was there. It made me think of the old thought experiment about an axe: if you replace the axe blade, and then, after a while, you replace the handle, is it the same axe any more?

The same could be asked of companies…

If you’re trying to build a sustainable company in the age of digital disruption, it’s worth considering if there’s a value in returning to that concept of a company as a group of skilled people.

The latter element of the equation seems to be giving the most problem right now. The old corporate models has proven stubbornly hard to shift.

Holocracy was one new organisational model that was trendy for a while, but which seems to have faded from the popular consciousness, perhaps because of some of its inherent limitations. Companies like Zappos and Medium, that were heavily invested in it have backed away, and others have decided not to go that route. It was based on decentralising organisation, with teams self-organising. Half a decade ago people were excited, but recent press has been significantly more negative. Some are even asking if the idea is dead.

Many people have opted instead to try to flatten organisation, and use digital technology to enable better communication. The results have been mixed, at best. But we have to keep trying new things.

As my colleague Martin has pointed out, the traditional company structure was design for Industrial Age command and control, and mildly modified for the “time and motion” age. We’re still in the foothills of re-thinking company structures for the digital age, and one of the discussions that has dropped off the radar is the use of digital tools within an organisation for different forms of management and organisation. Tools like Slack have achieved tremendous mindshare, simply because the obsession for the last half decade has been on building consumer-facing digital tools that have the potential to scale greatly.

An Accenture report last month identified two more traditional enemies of progress in this space: organisation complexity and bureaucracy. The problem, of course, is that these are both natural outgrowths of the traditional organisational models that are needed to stabilise it. That same stabilisation effect makes them a powerful natural innovation killer – a corporate immune system, if you like.

However, there has yet to emerge a single clear way forward. The report advocates an analytics-based approach, that truly analyses where you’re starting from and seeks ways of progressively restructuring around task-based grouping, that can recognise at need. However, the implementation of that might look very different from organisation to organisation.

There may not be one answer here: the digital world seems to favour multiple solutions, customisable for different styles of business, rather than one “winning” corporate structure.

And that’s fine. The idea of building a sustainable, agile business actually pre-supposes that the structure must change over time. The idea that there isn’t a single ideal structure all businesses will aspire to is inherent in this future. But it will require us to adjust our thinking, and stop thinking of companies as structures we slot employees into, and start remembering that they’re assemblages of skilled, versatile people.

How ironic would it be if digital disruption allowed us to make the company more human again?

Photo by Mimi Thian on Unsplash