The 2019 digital trends to prepare for right now

The big trend of 2019 might be… a small trend? There's some technology that's flying under many people's radar that might genuinely improve lives. But it's less sexy than a new app or device… The year is drawing to an end, and all across the world, analysts, consultants and pundits are preparing to put their reputations on the line, by giving a trends prediction for the new year.

And we are not immune. We’ve already heard from Martin, and now it’s my turn to gaze into my digital crystal ball and seek insights into the future. Actionable insights, of course. And, for once, it seems like we can draw some pretty clear lines from where we are here to where we need to be.

I was struck by one comment in Ben Thompson’s review of the year:

This, then, is the state of technology in 2018: the enterprise market is thriving, and the consumer market is stagnant, dominated by the “innovations” that a few large behemoths deign to develop for consumers (probably by ripping off a smaller company). Meanwhile a backlash is brewing on both sides of the political spectrum, but with no immediately viable outlet through competition or antitrust action, the politics surrounding technology simply becomes ever more rancid.

And that interested me. He’s right that industrial and B2B tech has been steadily getting more useful without attracting the opprobrium that consumer tech has. And, at the same time, the consumer tech story has whittled down to a tiny number of companies.

At a point in time when people are investing more time and effort than ever in shopping sustainably and, if they can locally, the whole direction of the consumer tech direction has been the other way. There’s almost certainly an opportunity in that, as bad news continues to buffet the big players.

Facebook’s bad year is only going to continue into next year. Just this week we’ve had the revelation that much of the social network’s “partnering” with fact checkers was a PR stunt rather than a genuine commitment to solving its problems. A company with that level of cynical decision making has yet more skeletons in its close, I suspect.

Google has — so far — got off lightly in the discussion of data collection, but that won’t last forever. The rather ineffectual senate hearing in the US this week will just be the start of a worldwide look at the data collection policies of the major tech companies. After all, Google has had two major data breaches from Google+. There’s more to come there, too.

In fact, these data monopolies — Amazon should be included here — are likely to come under increasing regulatory and consumer scrutiny in the next year, and that means… opportunity. Smart local players, using technology to enable things that people are passionate about, but without the need for the massive scale to justify the venture capital investment that goes in may be the big story of the next few years.

But it’ll be a hard story to spot. So much of the coverage of the tech industry is geared around major coverage of big players, that dealing with smaller, scattered and sustainable businesses will require a rethink of the way we cover tech, too.

I’m going to go out on a limb and suggest that we won’t see any really major new hardware categories this year. The major things tech companies are working on — like autonomous vehicles — are still a few years away from widespread adoption, with some major issues to be addressed. The phone remains the dominant device, and little looks likely to displace it. AR and VR will continue their struggle towards relevance, but that might require the acceptance that they won’t be the new phone, but a highly situational tool, useful to a subset of people.

If you’re looking for innovation, look at wearables, which are slowly proliferating, now they have a clear “health and communications” role, and the growing success of the internet of things, in both a consumer and industrial sense. But all of these categories need a ruthless attention to security, lest they fall to the same negative coverage that the big web players have been hit by. 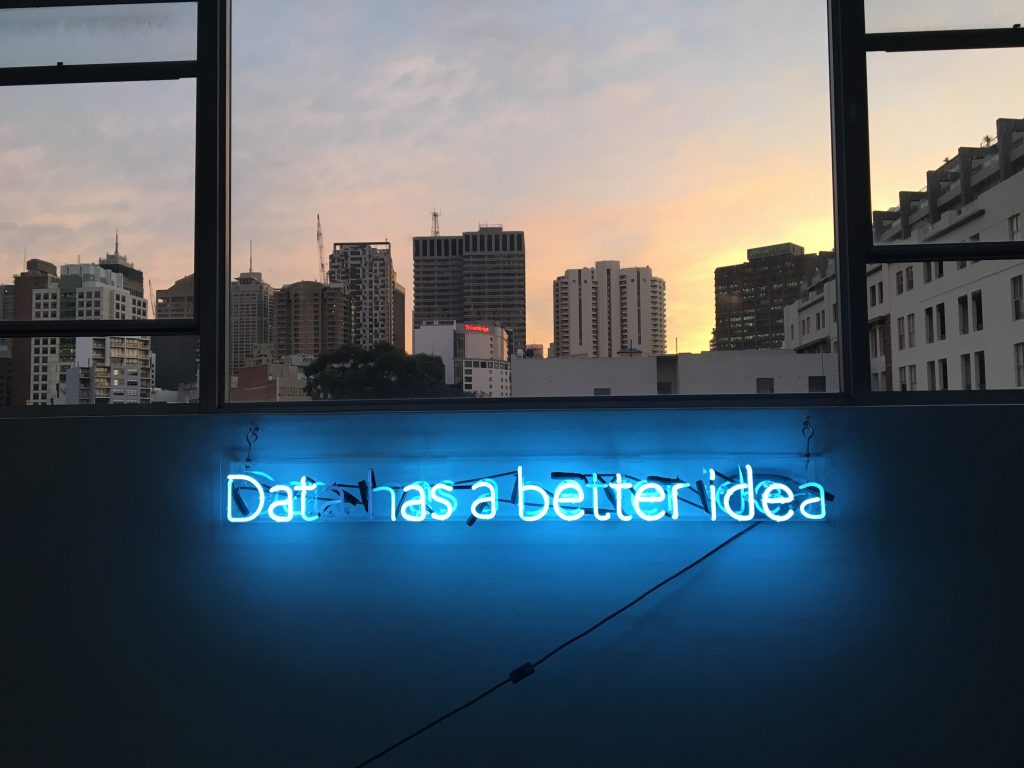 Photo by Franki Chamaki on Unsplash

For some reason, one of the least talked about major technological trends is likely to be one of the biggest, but perhaps its very lack of showiness is exactly why it’s flying under the radar so much. Machine learning has been the transformative technology of the last few years. Apple is building ML-specific capacity into its devices, and Google is throwing huge amounts of resources at it in every level. Adobe is infusing its creative and marketing products with it.

Why does this matter? Machine learning, when you strip away the goofy “AIs will become self-aware and kill us” aspects, has the potential to truly unlock the potential of technology as an assistant to our lives. Right now, it has been the preserve of big, resource-rich companies, but as the technology and APIs to deliver this start to migrate to our personal devices, new worlds open up.

Already ML is solving one of the big problems I wrote about here in years past – dealing with your vast volumes of digital photos. But anything where useful, actionable meaning can be sifted out of great streams of data, ML comes into play. Computers that simplified tastes, or highlight urgent matters to address allows them to achieve a step change in usefulness without necessarily having to change form factor.

We could — however hard it is to maintain optimism in tech after a year like this one — be in for one where our tech finally starts enabling us to be better humans rather than better consumers. And that sounds worth striving for, doesn’t it?