Global tribalism: can we adapt to it?

Tribalism is fundamental to humanity - we always gather in communities. But the internet has allowed us to bothe connect globally, while isolating ourselves locally. Therein lies the danger. 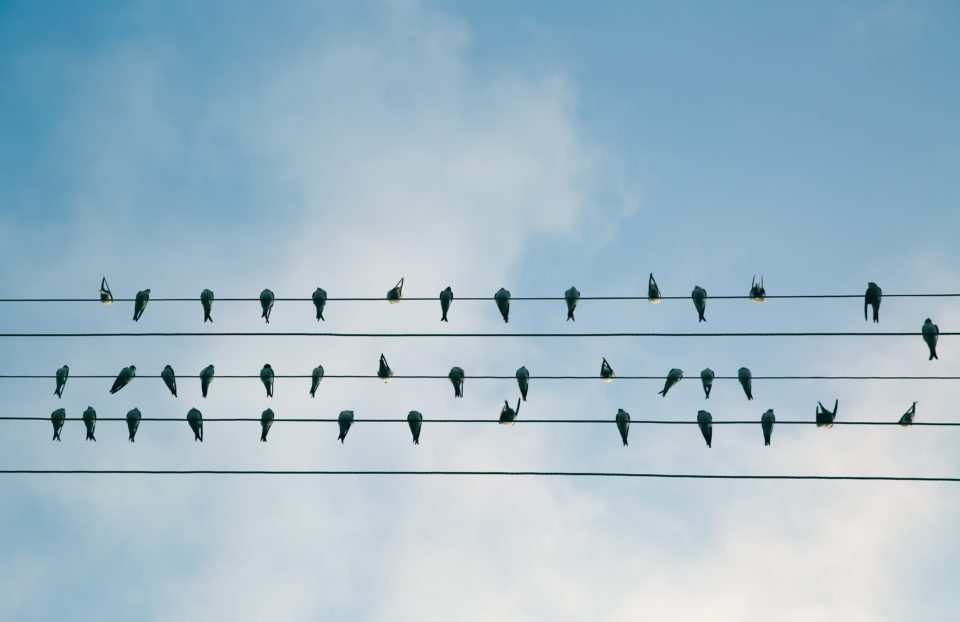 Is fragmentation a good or a bad thing?

At first glance, you might assume that it was bad. Smashing something into fragments is rarely a positive step, and the break down of many societies into tribalism is pretty much universally regarded as a bad thing.

But let’s take a step back.

You only have to go back just over a decade to find Seth Godin writing positively about Tribes, as Martin referenced earlier in the week. Many of Godin’s core arguments are still useful, and have not been invalidated by the events since. We are still seeing artists making a living from their work, by building a community – a tribe – around their work. Businesses can find their tribes on a global scale, rather than a local scale, and make themselves more sustainable as a result.

This is positive fragmentation, breaking down the mass market into addressable sub-markets. This is where the internet excels.

Clearly, tribalism isn’t inherently bad. It allows fans to cluster together and bond. It can help the lonely connect. Tribe is, in essence, another word for community, and a longing for community and acceptance is fundamental to humanity.

What is interesting in the digital age is that the intersection of the global, the local and the tribal is being played out much faster, and on a wider scale than before. We can connect with those who share our passions, our interests, our politics and our fetishes on a global scale now. We’re not dependent on finding people in the local area, or treks to conferences or conventions. In many cases a like-minded soul is only a few clicks (or taps) away.

That’s neither good nor bad. It just is.

It can be bad because some of those issues people connect over are hateful or dangerous, or just plain wrong. From racism, to fascism, to conspiracy theories to terrorists, we’ve allowed people to connect with each other, and find people that they couldn’t have found in the pre-digital age. And then strengthen that connection to the point where they act on it.

It’s this weird intersection of the tribal and the global that’s spinning out these new parallel communities.

But here’s the thing: the new connections don’t erase the old connections. We still interact locally, even as we interact globally. This is a combination that was only available to a tiny fraction of the richest and most powerful amongst humanity until recently. But now anybody can have it for the price of a monthly phone subscription. And we’re only really starting to understand and explore the consequences of that.

Even in ourselves, we live in parallel, fragmented worlds, like living Venn Diagrams. Areas of my life overlap with my wife’s – but others are all but independent of it. She, for example, doesn’t use social media – at all. But my social media use does overlap with my local friends, and my professional contacts and more.

If there is a danger in all this, it’s at its most powerful when fragmentation leads to isolation. When the Venn Diagram ceases to overlap, and people’s worlds become isolated circles. We’ve know this mechanism in the real world for decades – it’s the fundamental principle on which many cults are based – isolate recruits from family and friends, and then their own need for community starts to bind them to you. (A variation of this is at work in Stockholm Syndrome.)

It’s not the fragmentation that’s the problem – it’s the isolation. The pre-social media age of the web was far more fragmented than today. It was hard to build truly global scale followings before the arrival of YouTube, Facebook et al. While there were certainly toxic communities then, their reach and impact was certainly more limited than it is today, as they didn’t have a limited group of attention-sucking platforms to focus their energies on. Consolidation, not fragmentation, was what gave these toxic ideas global reach.

So, let’s celebrate fragmentation where it deserves it. Let’s enjoy messy, human-scale communities. Let’s enjoy its ability to connect ourselves with other like-minded folk. But let’s work on minimising its downside. Let’s not let people in our local community slip through its net. Let’s reach out to those who are beginning to isolate themselves, and fall under the sway of toxic ideas.

Every incel is someone’s son, someone’s primary school playmate. When the toxic ideologies they’ve fallen prey to leads to violent action, then the blame for that is all theirs. But we must look to our own role in letting people feel so isolated that these ideologues seemed like good compatriots for us.

Excluding, othering, mocking and bullying have much more serious potential consequences in the digital age. We humans are social creatures. We will always be tribal to some degree – that’s why Dunbar’s number is so important – so the realistic thing to do would be to explore what it means to be tribal in a globally connected age – and how to do that in a safe, positive way.

That’s easier typed than done. But we have to do it, because the interconnected genie is here to stay. Our wish is granted: we can live in infinite parallel worlds. Let’s make them as positive as we can.

Is fragmentation a good or a bad thing?

It was, of course, a trick question. It’s neither. It just is. Once we can accept that, we can start dealing with it. To do that, we have to put away both the idealism of the early digital age and the cynicism of the last few years, and make realism our guide.

Photo by Slava Bowman on Unsplash