Christian Mio Loclair: how art helps us understand AI and our own humanity

As AI gets better and better at more things, and deep learning starts creating art - what still makes us human? Does the answer lie in a child’s artwork? Christian Mio Loclair is Creative Director of Waltz Binaire. He spoke during the morning session of NEXT19 on 20th September 2019. These are our liveblogged notes from his talk.

It’s 30 years since the wall collapsed in Christian’s home town: Berlin. It was the last time he experienced something so beautiful, powerful and peaceful. Since then, things like the computer have stormed into his life. This apparently dead box produced so much life, so much magic. The other form magic that came into his life was robodancing – that magical art of transforming something human into something robotic.

When children see robodancers, they see the magic. But it is not economic for us to feel magic for very long. So the brain demands that they move to curiosity, and they examine the dancer. And then they test the eyes – the hardest part to get right. But if the magic still holds, the economics demands that they push harder. And then they touch the dancer’s leg, or see them blink. And the magic has gone. You are just another adult than promised magic and didn’t deliver it.

That’s OK. It’s part of a cycle of magic and disappointment – Father Christmas, first kisses – that continues until you become an adult. Until you destroy all magic.

What’s the last magic? The magic inside you.

The Magic of the Self 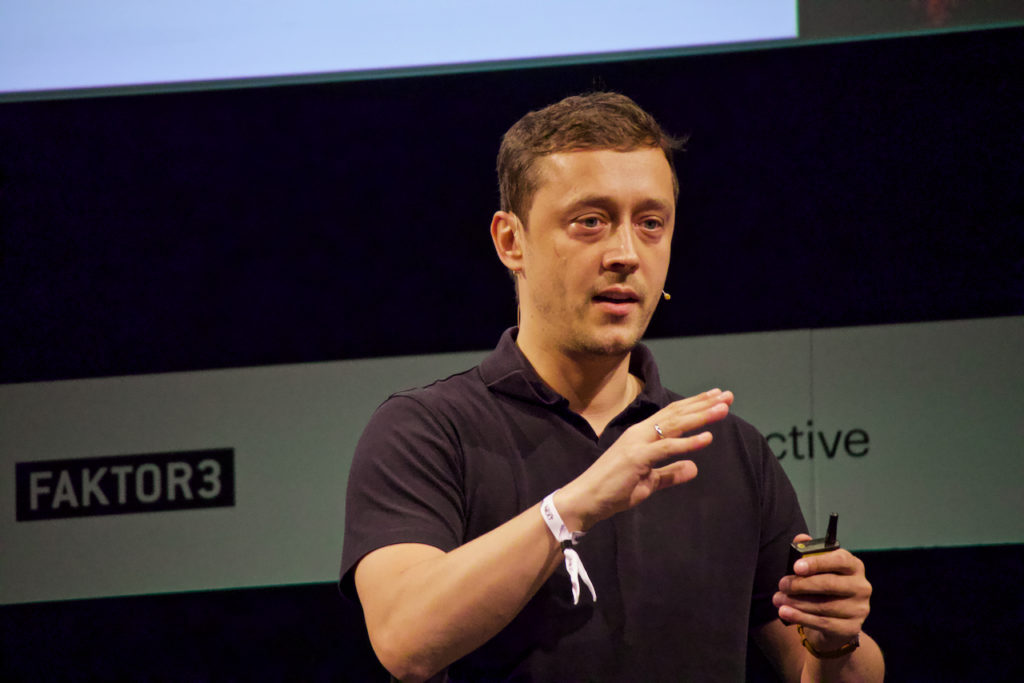 Loclair is  not dancing anymore. I’m running a studio, making computer-based things and investigating what humans are through software. As humans become more robotic and computers become more human, we can do something artistic by overlaying them on one another. Then we see what the differences are.

What makes us human? We are aware of ourselves and can reflect. That allows us to make decisions – and so we can create. We have gigabytes of information coming into our brain, we compress it down into our minds – and share it with others.

We continually look at our selves – but we cannot describe ourselves fully. We refuse to compress the self, as if it is holy. It is the greatest of discoveries. And once we know we exist, we seek to communicate that sense of awareness, and invent ways of doing facilitation that communication; language, dance and art.

So, what happens when you put an AI in front of a mirror? That’s what Narciss is all about. It’s a computer on a desk, staring into a mirror. It can see nothing but itself. It tries to describe what it sees.

It is beautiful – but very philosophical. Can we do something more practical?

The technology called GAN is the biggest threat to art. It is best known for DeepFakes. It has two different AIs competing with each other, a student and a teacher. Only the teacher gets access to datasets for human faces. The student tries to create a face, and the teacher gives feedback. Over weeks, the AI travels down the valley of deep learning, and can eventually produce a fake face.

All fashion and design could be killed by this. Photography is a dead industry walking.

Applying this tech to the human body generates artificial dance. The same tech can design cars…

With AI capable of this, there may be nothing left of the creative god inside yourself.

But… wait. Can we train a GAN to do children’s painting? No. The AI refuses to make decisions on colour. So, it’s only possible to outcompete adults…

Children just play. But AIs try to find patterns. We have become the biased machines, with skewed data. Instead we should play, and through play, continually improve what we are.