Digital Divide: can we innovate without excluding?

If we're not more mindful in our innovation, the pace of digital change is going to leave the poorest unable to catch up. Do you want to be responsible for greater marginalisation? 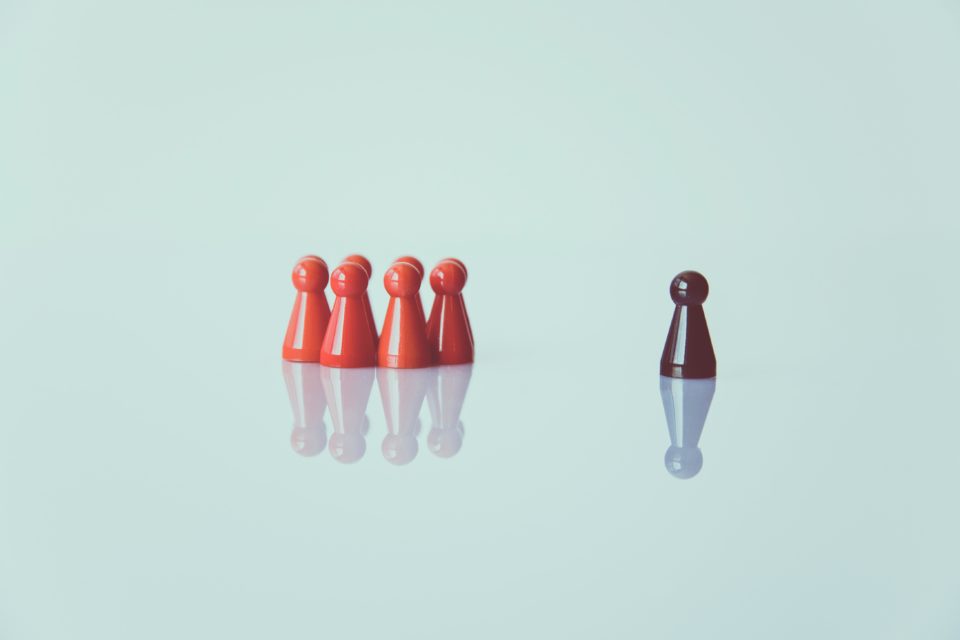 Since the outbreak of Covid-19, the digital divide I discuss in the penned piece below has proven to be more prominent than previously thought. With things going digital practically overnight — online schooling and working from home most notably — the shift was unprecedented and highlighted not only how unprepared most corporations were for the shift, but the fact that half the world’s students are unable to access online learning.

What’s more, the latest release of Germany’s official “Corona Warn-App” has raised concerns when it was revealed that it only runs on Apple OS system 13.5 and Android 6; ergo, making it incompatible with iPhones older than the iPhone6, (which came out less than five years ago). While speed and compatibility are always an issue when it comes to new tech, what happens when the solutions being put into play for society at large simply overlook those without access? Or those who live in areas where the internet is limited and technical infrastructures are left unfunded?

It’s been nearly a year since I first wrote the original post below, and while it’s bittersweet seeing my initial concerns being brought more to the forefront of societal dialogue, I regret having to report that I have since not had any revelations in regard to how we can solve this complex problem. But I suppose we can look at this crisis as a reckoning for change; a chance for the divide most evident in such a time of obligated digitalization to propel us in developing more sustainable solutions — for the good of all.

Digital Divide: can we innovate without excluding?

My hometown library just made headlines by installing a pay phone in an effort to “not leave people behind.” At first glance this seems like news that has been plucked from the newspapers of the 1970s, rather than something happening in 2019. But, upon further reflection, it depicts an important step for communities in a time when the digital divide continues to exist.

While more people have access to broadcast media (radio, television, 3g, 4g, LTE, etc.) and the internet than ever before, there is a misconception that everyone has access to the services that allow for participation in our modern economy.

In my native Kansas City alone, though it is considered the heart of Silicon Prairie, 25% of inhabitants still don’t have Internet access at home. This is despite Google Fiber choosing the metropolitan area as the first place to introduce the service. Meanwhile, Social Security information will soon only be accessible digitally, schools are expecting students to rely on digital tools for their education, and more and more job applications are only done via the web.

While these seem like natural advances in a more digitized world, the lack of inclusion is hindering our overall societal progress. When only 51.2% of the world uses the internet, it’s important we not only enhance the experience for those who do, but also work in ways to integrate those who don’t.

The price of digital poverty

The irony wasn’t lost on me when I was denied access to a New York Times article titled “The Devastating Consequences of Being Poor in the Digital Age” for not having a subscription. I am, however, privileged in having the means to access it, unlike many at the center of the article’s discussion. The article covers one of the biggest digital divide topics in 2019: security. Even in cases when access is feasible, the implications of digital discourse leaves the less privileged at its mercy.

Beyond navigating hypervisibility and invisibility online, the New York Times continues, the poor face a myriad of issues in dealing with the matrix of privacy and security vulnerabilities in their daily lives:

For example, when someone who is living paycheck to paycheck falls victim to an online fraud or loses the ability to use his or her smartphone after it gets hacked, the cascade of repercussions can be devastating.

The issues at play in the digital divide continue far beyond security: Infrastructure. Cost. Gender. Accessibility. Literacy. There’s a lot of ground to cover when it comes to improving digital inclusion. We can and should continue advocating for more inclusive policies and developing more inclusive digital solutions that empower people to thrive in our increasingly digital landscape. But we also must be mindful of those who are being left behind or even neglected.

As we innovate and develop technologies that are intended to better connect people and improve business outcomes, what happens to those already marginalized, the disconnected? The divide is made wider through the process of reinforcing our existing biases — as this continues and traditionally marginalized groups are further neglected, this divide will widen and create irrevocably systemic issues with societal implications.

I don’t have definitive steps for you as to how we could solve the digital divide, but I do know that if profits continue to trump digital inclusion, we’re implicated in the inequalities it inflicts.

I also know, however, that mindfulness, diversity, and awareness of long term ramifications though seemingly minor, can result in enormous progress. Little by little. Click by click. Because I can promise you that that payphone in my hometown’s library meant an awful lot to some people, and, even if it didn’t close the digital divide, it helped bring them closer to the other side, and all of us toward progress.

Anna Allen is a creative strategist at Sinner Schrader

Photo by Markus Spiske on Unsplash