Eliza Filby: Generational intelligence and how it shapes society

Social and economic conditions help define the characteristics of each generation. What can we learn about them - and what does that teach us about how we raise Generation Alpha? Eliza Filby is Generations Consultant at gradtrain. She spoke during the morning session of NEXT19 on 20th September 2019. These are our liveblogged notes.

Age is a taboo subject. But different generation do think differently. For example, Zoe is 17 years old and lives in Cornwall in the UK. How does she spend her time? “I’ve discovered books,” she replied. Eliza, as an author, was thrilled. “Reading is really cool,” says Zoe. “Me and my friends are sharing ‘shelfies’ with each other.”

Zoe likes switching off her phone, and taking her time with the book. But she finds Amazon Prime too slow. She has to wait 24 hours for a book! So she’s discovered… the library. Books are just there!

The Baby Boomers in the audience are the privileged generation – the ones who benefited from the post-war boom, the asset boom and the welfare states. They had a classic three stage life: free education, good career and comfortable retirement. In the UK, STDs are on the rise in the Boomers. They’re having fun…

Gen X are the ignored generation. There’s fewer of them, due to a baby bust. They are defined by the shift to multi-racial societies. They’re the sceptical generation, born of the 70s and the 80s. They’re the tech generation. They were the first to use the Walkman – and the BlackBerry. Gen X built the technology – and can often fix it. And you are the squeezed generation – who suffered the worst in financial crises. And you’re looking after kids AND parents.

The Millennials are much maligned – the selfish, arrogant, “me me me” generation. They’re defined by the smartphone and the fluidity of work and life. The expansion of mass travel made them a global generation – and they are the best educated generation in history. They are over-educated and under-employed.

Generation Alpha is coming next. They have 15,000 images uploaded of them by the time they are 5. They will end up suing their parents for their privacy back.

The Golden Age of the Family 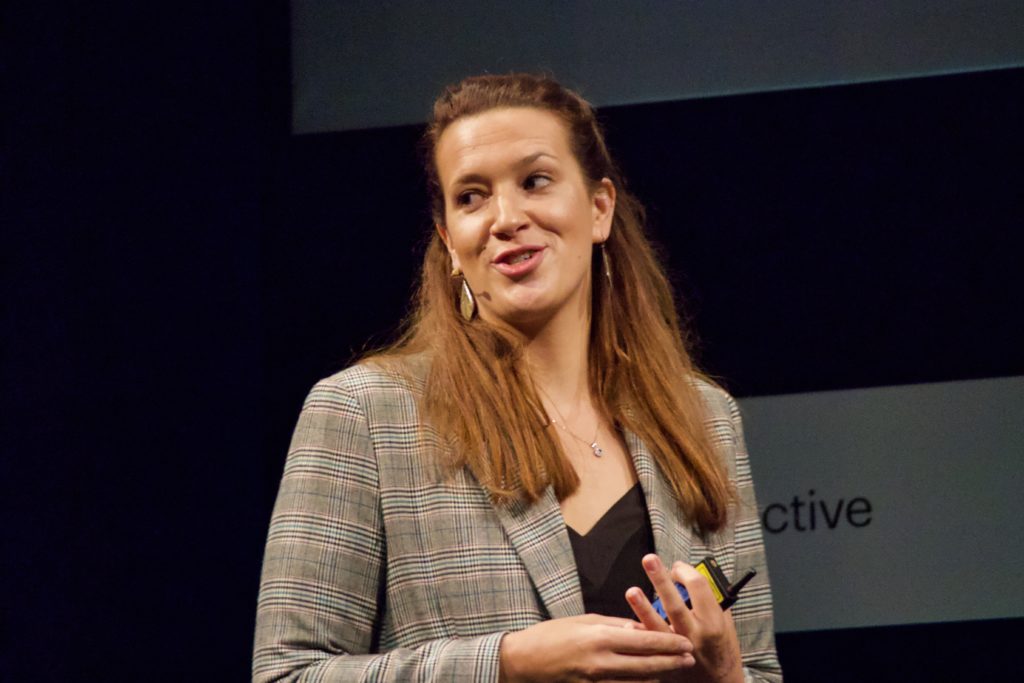 These generations are all living together as families. We are seeing the growth of the multi-generation family – and that’s a new consumer group. Lots of things have become cheap – and Millennials buy those. Housing, health and education are very expensive – so Millennials’ parents are buying them. Grandparents are more involved in their grandchildren’s lives than ever before.

The family is alive and well. We are getting on – because we economically have to.

We are taking longer to grow up. When did you:

People are becoming “adults” about five years later than their parents.

Facebook has been overtaken by oldies. Grandparents are there, uploading dozens of photos. In a few years, there will be more dead people than alive ones on Facebook. The younger generations are on Instagram and Snapchat.

Millennials are very different from Boomers: eco-conscious, deriving status from sharing not consuming, and they’re knackered. Modern life is exhausting.

Gen Z don’t want that. They’re serious, having less sex, taking fewer drugs, they’re not drinking. The pressure of social shaming and education is getting to them. 70% of them have ad-blockers. They’re sceptical about politicians and marketers. And they blur the lines between creation and consumption.

Gen Xers and Millennials may well live to 100. They may have to work until their 80s. So, old age will be very different. Baby Boomers are busy redefining old age. They’re not living in retirement homes – they’re enjoying a second wind.

Generation Alpha will be the most exposed to AI and robotics. And robots can’t dance – so teach your kids to dance. Our phones have disconnected our heads from our bodies. Reconnect with nature, sport – your body.