Festivalisation: make a conference a community that lasts

Festivalisation is more than just a buzzword, it's a process that brings parallel world together into a community. And it might be more important than ever in the digital world. It seems impossible that NEXT19 is only two months away. It seems only a few weeks ago that I was last in Hamburg, flitting between venues, and bathing in the ideas. It seems equally impossible that this will be my 11thNEXT event – 9 main conferences, and 2 NEXT Service Designs – but, when I stop to think about it, NEXT is a very different event.

Back in 2011, when I attended NEXT11 as an invited blogger, it was held at Station Berlin. It was very much traditional conference, with some great stage design across the multiple stages. But a conference none-the-less. 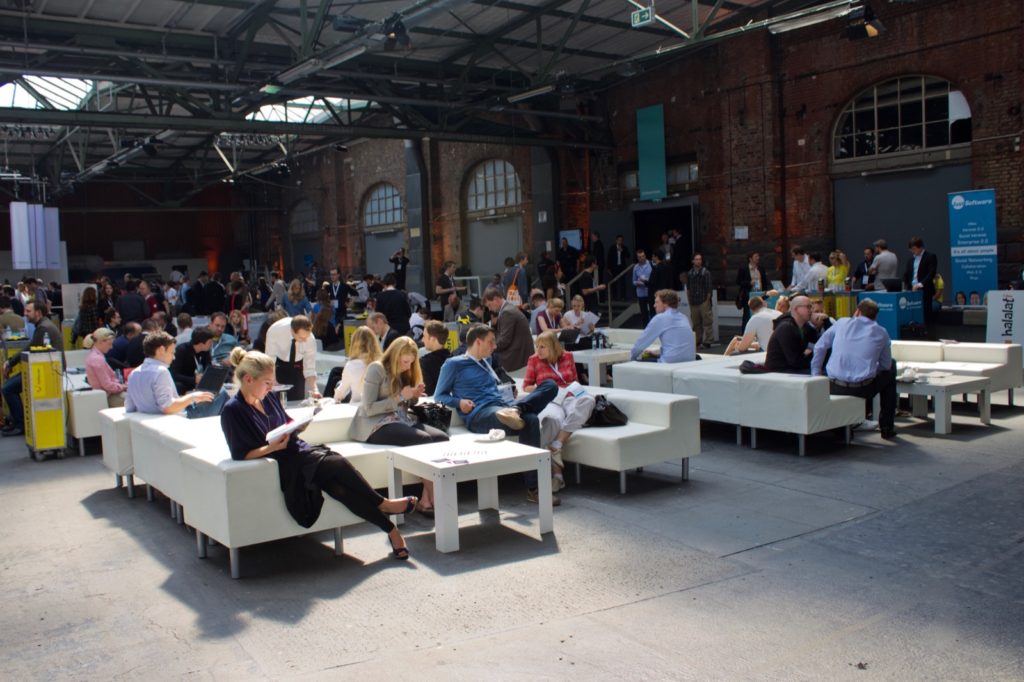 But the last few years, back in NEXT’s birthplace of Hamburg, have been an utterly different feeling. Weaving our way through the Reeperbahn Festival crowds, finishing a day’s liveblogging sessions with a gig or two around the city. Even grabbing some “street meat” from a vendor on the way back to the hotel. It’s more like a festival than a conference.

Even a cursory look at the event industry press will show you that festivalisation has become a huge trend. From corporate events to big scale conferences, any serious event is trying to make itself more interactive and more fun.

For some of the biggest events, that’s been a serious process:

For CEBIT, applying the concept of festivalisation was like an “open heart surgery”. It was founded over 30 years ago and it became harder to appeal to the younger generation. The organisers turned the concept upside down by “questioning everything” and leaving only the name CEBIT and host city Hannover.

For others, it was a more natural evolution. The late, lamented LeWeb conferences were always as much shows as they were conferences. And even for us at NEXT, our return to Hamburg and integration with the Reeperbahn Festival. It was a homecoming in more than one sense: both geographically, at to the festive atmosphere of an event that started off as a party.

But this is more than a skin-deep change. Festivals invite involvement – peer to peer experiences, rather than consumer experiences – in a way that traditional conference don’t. There used to be a joke that the “hallcon” — the meetings that took place in the halls — were the best part of a conference. Festivalisation takes that truth, acknowledges it and embraces it. The value of an event is bringing some great people together, and stimulating them intellectually, artistically and socially.

In some ways, you can see festivalisation as the big event world learning some of the best lessons of unconferences. These are more casual events, where the attendees literally set the agenda. No planned speakers, no planned sessions. People pitch sessions each morning, a schedule gets built – and people pick and choose where to go.

If you like, an unconference — and a festival — enable parallel world to exist within a conference. You can chart your own course through the day, rather than have it set for you by the organisers.

If Festivalisation is a buzzword, an even worse one is “community”. But it’s apposite to bring the two together: because one helps create the other. On the little scrap of the British Isles I live on, we have an annual summer festival called “Beach Dreams”. And it genuinely brings the community together. People from all over town gather together for three days, and we catch up with friends we haven’t seen in a while — and make new ones.

In digital, particularly, the early years of a community of explorers were replaces by the “them and us” culture of VCs, unicorns and the rest of us — those whose data was mined and monetised. More then ever, we need to blend together all those who are keen to apply the digital fixes we talked about last year, and build something new, better and more fun than ruins of the last epoch of digital.

And then head off for a bloody good dance to some great music afterwards.