Generation Z in China and Germany – bridging the Parallelwelten

The digital worlds of Generation Z in China and Germany are worlds apart. A NEXT19 panel chaired by Accenture Ventures' Mei Wang dug deep into the cultural and historic factors that create the difference. Everyone knows that if a country wants to become an innovation leader, needs several ingredients. You need a strategy, you need an arena to attract the right people — but you also need the consumers who will push for the innovations. At this panel, we’ll be taking a deep look at the young consumers, and the differences between the young in China and in Germany. 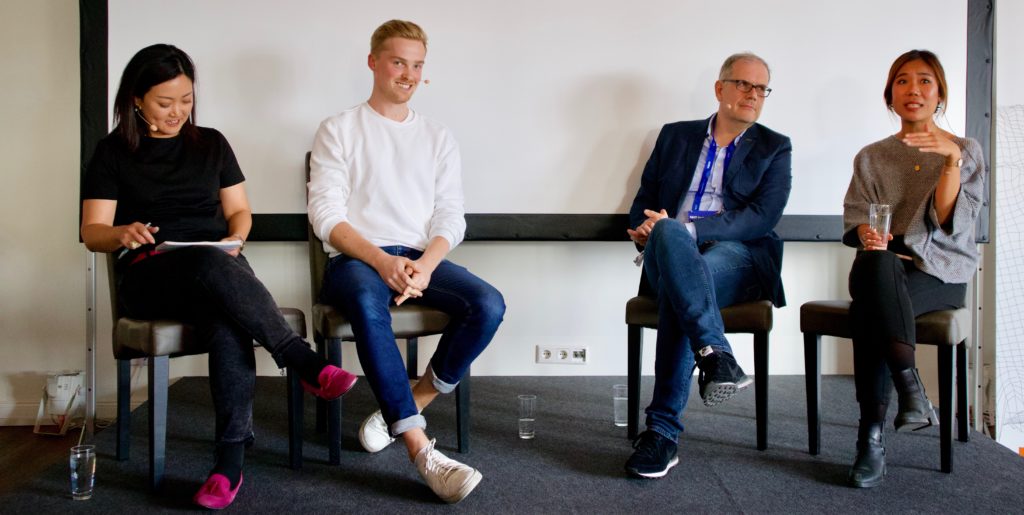 A day in the life of the young Chinese 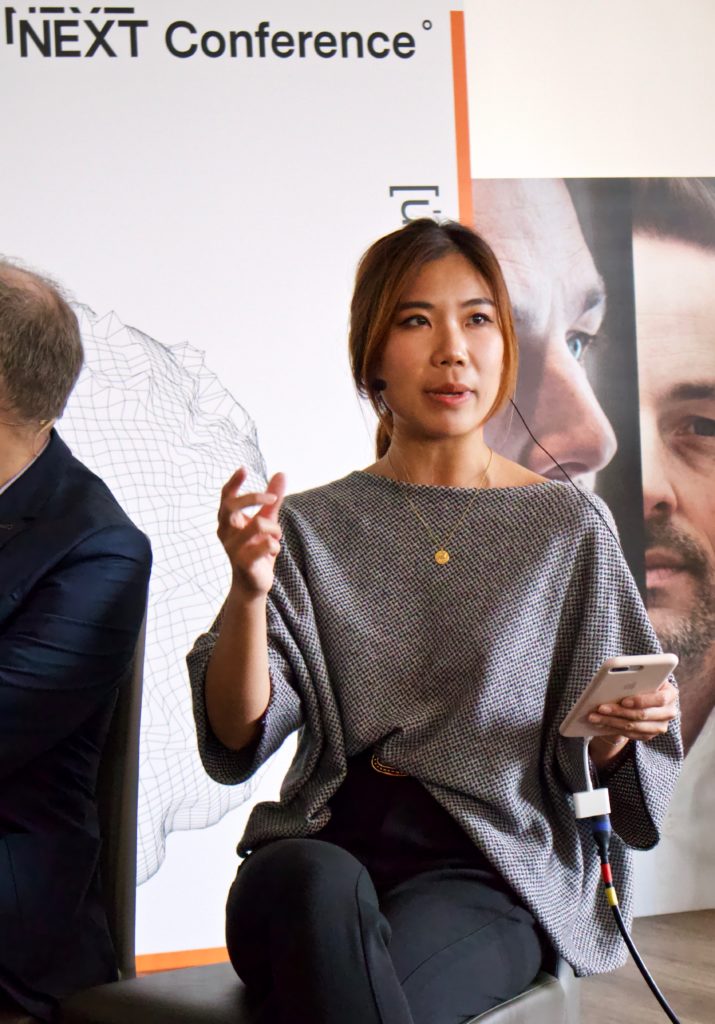 Kathleen Cheng grew up in Shanghai, just as the process of digitalisation was reshaping life.

After waking up each morning, she checks social media, and, for her, that means WeChat. It is THE platform that has everything on it. It’s a multi-functional platform. For example, she gets a “red envelope” of money from a friend that goes into her WeChat Pay account, to pay for an upcoming coffee meeting. It’s what she pays for everything with.

WeChat includes mini programs embedded in the app. Some exist in the native form, from the App Store, but there’s not much need to download them. It’s just more convenient in WeChat. The app is her transit ticket as well, via a QR Code.

On her way to meet Mei for coffee, she jumps into the Luckin app. She chooses a store, and personalises the coffees the way she wants them.

Lunchtime approaches – so she turns to a TripAdvisor-like app that lists not just the restaurants, but the most popular dishes – and which provides a virtual queueing system. The tables have their own QR codes, and everyone at the table can scan it, adding their orders to one bill, paid by WeChat of course. 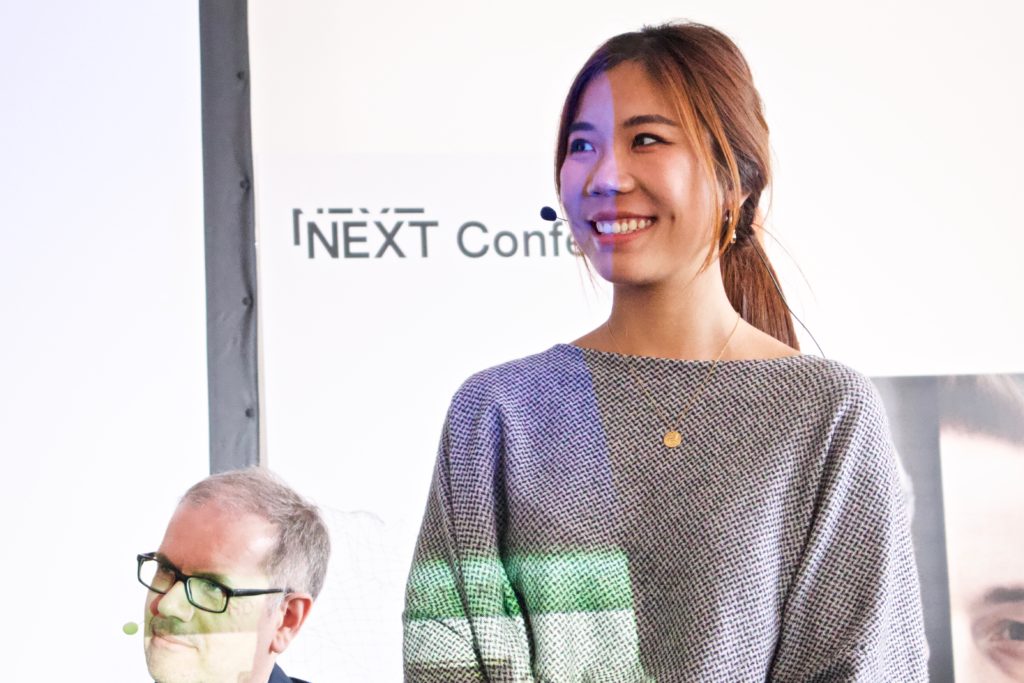 As she’s planning to visit her grandma next, she jumps into an app from Alibaba to buy some gifts – like fruit. You can even order medicine in the app – and all deliveries are guaranteed within 30 minutes, which is handy if you’re sick at home.

She jumps back into WeChat to order a cab, having long ago deleted the cab company’s own app. It even offers a driver to drive you and your car home, if you’ve had one drink too many. On the way, she does some shopping from her phone, by using image recognition to identify some shoes she liked the look of, and finding ones that look like them – or are them. People are live-streaming their wares in the app.

Another app can send someone to collect something you’ve lost – like leaving your glasses at your grandma’s house – and bring it to your home.

A day in the life of the young Germans 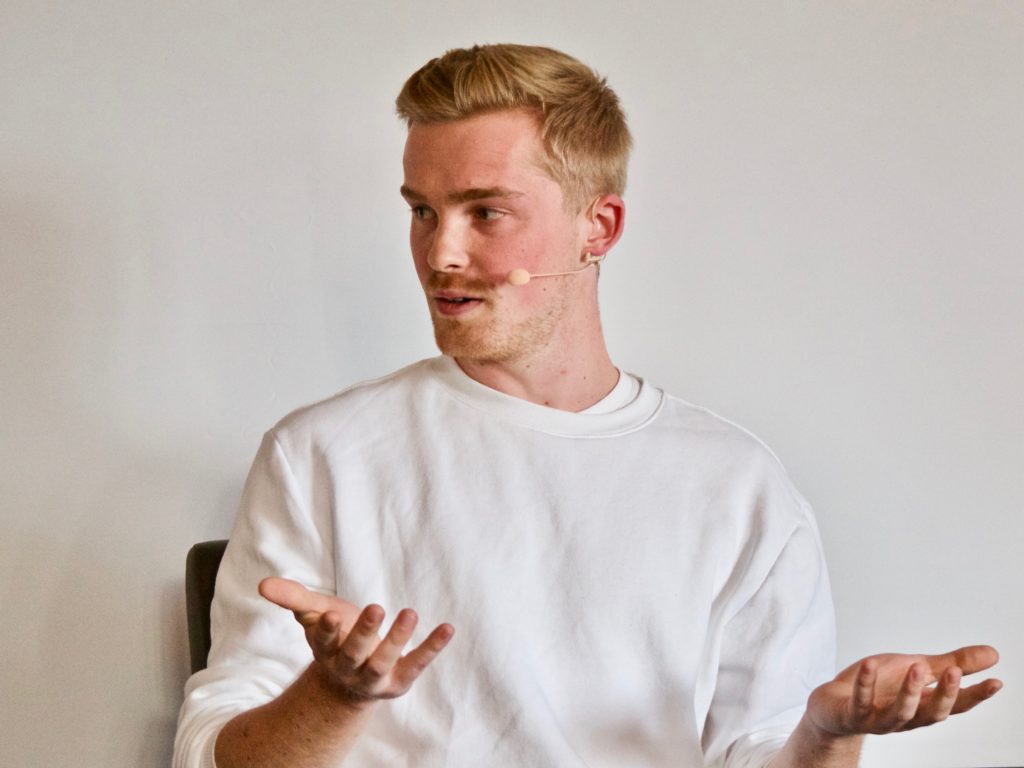 Finn Plotz was blown away that he could start using mobile tickets on the German railway. It’s about time – other places already offer this. He also spends time in South Africa, where they are ahead in some ways.

There’s no one single ecosystem in Germany, like there is in China with WeChat. It’s more closely connected to the analogue world. If you attempt to pay for something in a German bakery with a card, you are crucified on the spot. In South Africa and China it is the other way around.

The German ecosystem is still evolving. In South Africa, you even take an Uber for a 300 yard journey in some cities, because of the danger. Germany is in a comfortable spot to start with – so maybe there’s less incentive to use disruptive services.

He would love to have the “guy on the scooter” app in Germany.

Mei: How do you feel about phenomena like DeepFakes?

Kathleen: Social commerce is huge, and I buy a lot through it. Buying Likes? That feels pretty mainstream worldwide now. But she’s cautious about that.

Mei: Is there an opportunity for China to lead the way in countering these technologies, because it encounters them first?

Finn: The US Military are spending a lot of money on anti-deep fake technology. There are some serious issues all around the world.

Bjorn: So many people in Germany are not interested in new things. In China they’re really excited by new things. All German consumers are working in German companies – so that distaste for the new also goes into corporate life. Companies are very risk-aware, and trying the new is always risky.

Mei: How can we make the German consumers more demanding? Do we need to?

Björn: It’s probably not just cultural, but where you are in the development of a country. In the 60s and 70s, Germans were much more open to new things. What were the Chinese like a few years ago?

Mei: 20 years ago, the Chinese didn’t know what they wanted. Now they do.

Finn: In German we also have a regulatory burden that prevents the sharing economy businesses developing.

Kathleen: China is setting an example – but the network is pretty bad in Germany. If 4G isn’t working properly, what is 5G going t0 be like. And so many new technologies depend on 5G.

Finn: If we change the network operators millions and millions for the frequency bands, than they can’t spend the money on the infrastructure.

Björn: Of course they want better networks. They should complain more.

Finn: Germany’s dependence on copper networks holds it back. In parts of South Africa, they never had copper, so they’re going straight to 5G networks.

Björn: We need more customer dialogue in Germany. Many big companies demand you complain via the mail. That’s to make it hard. But putting it into chat is cost efficient and is low risk.

Mei asked us what our role is in this as managers – and as parents. There are certainly things we can learn and borrow from China. Could we co-create services with them?