It was implicit in the theme of parallel worlds, but it was explicit on stage: we need to embrace complexity and reject simplistic thinking to navigate the societal storms ahead. Was this the most challenging NEXT to date? If there was one theme that the whole of NEXT19 orbited around, it was the idea of complexity. Perhaps it was implicit in our theme – Parallelwelten. But, on stage, before the first day was out, it was explicit.

David Mattin expressed it most clearly, as he often does. The problems we’re facing as societies and businesses are inherently driven by the growing complexity of the world, he said.

James Bridle had laid the groundwork, though, with his warnings of a Dark Age: an age where computing systems were hiding things, not making them more obvious. It’s a more complex Dark Age than the one that Europe endured centuries ago – it’s not a retreat of knowledge per se, but a growing realisation that more things are being hidden or obscured from us.

The tension that emerged through these two talks was fascinating: the internet at once has made us aware of so much more than we could have imaged only a couple of decades ago. Many of us lived in an era when “looking something up” meant picking a book off the shelf – or taking a trip to the library. The flood gates of knowledge have been opened – and we’re drowning in the tide.

The illusion of knowledge and competence

But that sheer volume of information gives us the false impression that we know more than we do — and sometimes, the information we aren’t getting becomes the obsession, because we’ve so very used — entitled, even — to information being readily accessible, that uncertainly feels like an assault.

The problem is that there aren’t simple, productisable solutions to complexity. Some politicians exploit this gap: people yearn for simplicity in the face of complexity, which makes soundbite solutions attractive at the ballot box. But technology does not univalent itself, and nobody is about to shut down the internet and take our phone away.

And so we must face complexity: and stare our own ignorance in the face, much like Christian Mio Loclair’s computer staring at its own reflection. We, however, have the ability to recognise what we see – and in that, perhaps, lies some of the answers.

Conversely, sometimes we’re just unaware of what we don’t know. The internet has had something of a homogenising effect on worldwide culture. We can peer through our black glass windows and see lives on continents our grandparents could never have dreamed of visiting. 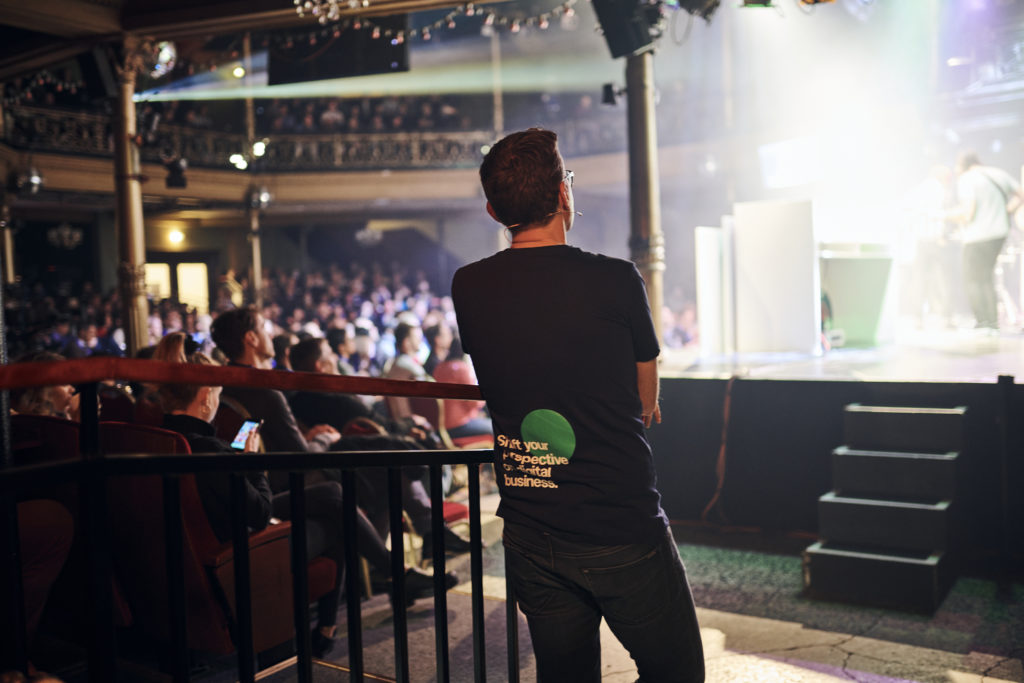 Sometimes that exposure fools us into thinking we understand more than we do. Many of the China and Africa-centric sessions at NEXT19 had the effect of exploding the myths we might have held about these regions — and making us aware of how very different their own digital ecosystems are. Perhaps, this should have been obvious. Different cultures and environments create different problems, and the need for different solutions.

But, again, the homogenising tendency of the internet hides the real complexity from us. Everyone is on Facebook – apart from all the people who aren’t. Everyone is on WeChat, apart from everyone who isn’t. Parallel worlds, with only a few people moving fluidly between them.

But, to return to David Mattin’s talk, perhaps the only solution to this is to turn inwards. To reassess who we are as people, and our models of what humanity actually is. Technology is shaping the behaviour of each new generation, and Eliza Filby’s talk challenged us to think how technology has shaped our own generations, and how we can help the next generation navigate the changes that are coming.

These are challenging, long term solutions:

Does disruptive change need to be catastrophic?

We are a world edging towards some catastrophic changes, be they social born of the internet, or environmental, born of the industrial age. It was hard to forget that during the Friday of NEXT, as tens of thousands took to the streets of Hamburg to protest the climate crisis.

Solutions to the major challenges of the 21st century can only be addressed by looking at the reality of the complexity around us – and finding new ways of navigating them. Perhaps Sophie Howe gave us one way forward – a politics that looks to future generations, not just the next election. And Brian Whipple another path: building businesses that take purpose into their core in a meaningful and essential way.

Systems thinking trumps product thinking – but that doesn’t mean that products aren’t vital building blocks of what we do.

We need some way forward: where we are now is burning, and will not exist for long. We need to choose which parallel world we bring to fruition in our own lives.

This is the first in a series of racap posts from NEXT19. Later posts will pull on some of the threads introduced in the this post, and cover issues alluded to like geographic complexity, cultural complexity and business complexity — and the attendees’ reactions to the talks.