Digital is slowly destroying our democracies. Can we act now to preserve digital freedoms and reconnect the body politic? 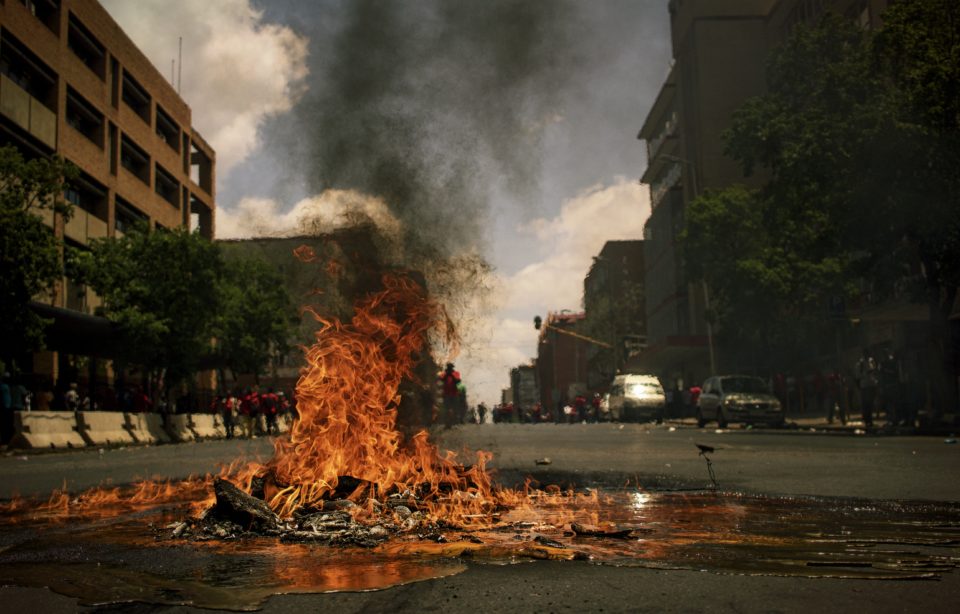 If there are parallel worlds, there must be some form of space between them, a barrier of some kind. And moving between one world and the next will involve some form of transition – probably a difficult one.

What better metaphor could there be for our politics?

We’re in the process of a shift from analogue politics to digital politics. And, for many nations, the transition has been a painful one. It may yet prove to be a process not all of them can survive.

From Arab spring to democracy’s autumn

The first signs of this transition – of our departure from one world to the next – came back at the beginning of this decade, as the Arab Spring took hold, and people’s ability to connect allowed them to organise and, then, overthrow the local regimes. Generally, we approved. This was digital allowing people to throw off oppression and bring new freedom into their lives.

Nick Bilton’s excellent book Hatching Twitter tells of how the Obama-era White House gently pressured Twitter to avoid taking the service down for maintenance during crucial moments of that period. That optimism that something new and powerful would transform our politics was reversed a few years later, when the person doing the pressuring — Hillary Clinton — found herself on the receiving end of another digitally-driven phenomenon, the current US president, Donald Trump.

She — and we along with her — misunderstood the lesson of the Arab spring. Digital was not a tool for positive, democratic transformation alone. It merely allowed transformation and, in particular, it seems to favour the insurgent rather than the incumbent. In the last four years, we have had to learn that lesson again and again.

From Trump in the US, to Brexit and now the Johnson government in the UK, radical groups are willing to harness digital tools to both motivate and connect their activists, while spreading disinformation and propaganda directly, with little or no safeguarding between them and the public. The big digital players refuse to take responsibility, and government have been glacially slow to intervene and legislate.

When the creator of the web, Sir Tim Berners-Lee is castigating a British political party for digital deception – you know that you’re in a risky state. And he is clear that our society is at risk:

“If we leave the web as it is, there’s a very large number of things that will go wrong. We could end up with a digital dystopia if we don’t turn things around. It’s not that we need a 10-year plan for the web, we need to turn the web around now.”

Sir Tim has a plan, which he launched in late November. His Contract for the Web outlines nine principles, three each for governments, corporates and individuals. Those principles are designed to drive us to retake the web for positive change, not polarised conflict.

But is this too late?

Could we be trapped between these two worlds? What incentive do incumbents have to regulate against the very tactics that won them power? At any moment of transition, the potential for an inflection point is strong. If there’s a strong opposition that is prepared to step away from the precipice — as appears to be developing in the US — there is hope. Where both parties are flirting with digital deception, as in the UK, things look bleaker.

The rest of the world should watch — and learn. There is a chance to act, before your politics becomes too polarised, before the populists take control. Legislation may always lag technology, but if it lags too far, it might just never catch up.

The Contract for the Web asserts that we all have a role to play – as individuals, as corporations and as a body politic. And let’s not forget the role that corporals could play in changing the dystopian dynamic we’re trapped in. In particular, principle 6 seems to strike right at the heart of what needs to happen:

And if companies don’t? Well, there’s another role for politics.

Modern, liberal politics is in an existential threat for its very existence. Besieged on two fronts — the authoritarian regimes happen to sow chaos, and the digital companies willing to acquire power without responsibility — it must act now, or risk passing into history, as we descend into a digital dystopia, wearing a disguise of democracy.

Photo by Pawel Janiak on Unsplash