Purpose and profit are the twin hearts of sustainable business

Today's digital workers crave more than position and profit - they want purpose in their work. And building your strategy around business with purpose may just be a competitive advantage in the battle for talent. 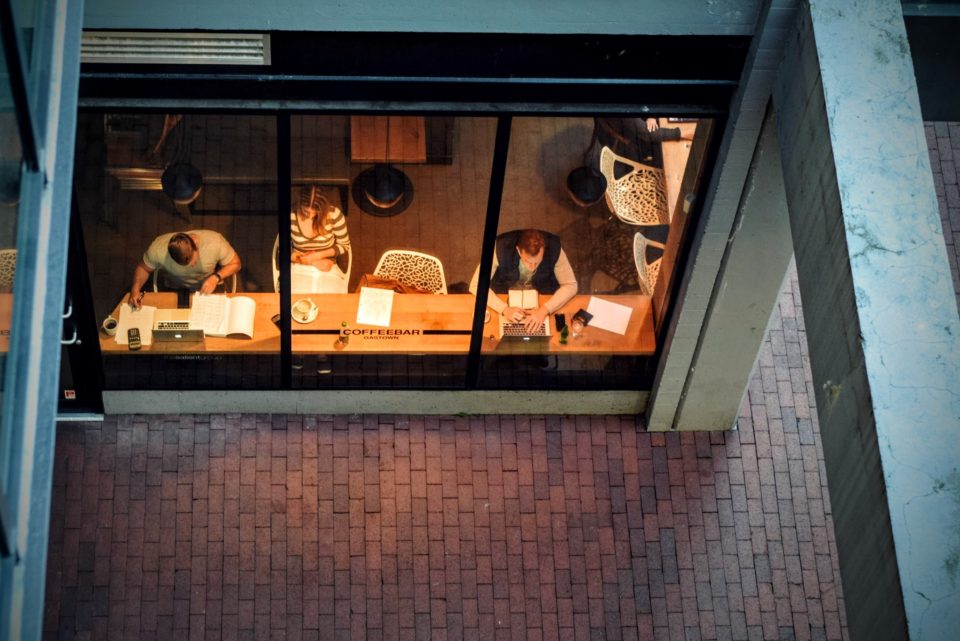 On the Friday of NEXT19, I hosted a session where attendees shared their big take-aways from the event. Many of them wanted to talk about the session by Brian Whipple, CEO of Accenture Interactive (which is the parent company of NEXT), on purpose in business. Their reaction was a fascinating mix of enthusiasm for the idea, and some scepticism about how committed to this businesses could be.

I will admit - this surprised me. Perhaps, as a fairly long-term self-employed individual, I’ve become too sceptical of corporate life. But perhaps, as a Gen Xer, I'm also of the wrong generation to take this as seriously as it deserves. Because, as the planet that sustains us faces a crisis, it's clear to many that business can't be business as usual. And the idea of working for businesses with purposes has a deep appeal for many people, that more fundamentally integrates the need to improve the world than the old-fashioned approach of make your money at work, then donate some of it to charity.

However, in my own defence, there are good grounds for scepticism. The corporate world does not have a stellar history here. And I've seen some of that first hand.

About 20 years ago, Corporate Social Responsibility (CSR) came into vogue. Although the concept dates back to at least the 1960s, in the mid-to-late 90s corporations developed a new enthusiasm for it. This may be because times were generally good, people were optimistic about the future, and many corporations had the bandwidth to start giving back into society. But were they doing it through genuine commitment, or as a marketing-driven public relations exercise?

I wrote about it extensively in the context of corporate real estate companies around the turn of the millennium. Some of the initiatives were genuinely exciting. I remember talking to a supermarket chain about their new, greener store designs in the run up to the millennium. A couple of years ago, I heard that the flagship store - designed to last decades - was being knocked down. The high principles did not survive the tough financial times that hit.

By the last 2000s, for the company I was working for, CSR had pretty much eroded down to a single person arranging some staff to volunteer for charity. For example, I once spent a day helping clear scrub on a historic site not terribly far from where I worked:

This history - of big promises decaying when economic times become rougher - leads to so many people being sceptical of the promises of purpose-led business. And CSR isn't even the worst of it.

Equally long-lived is the idea of the environmentally responsible corporate — and with decades of experience under its belt, the corporate world has been able to hone the practice of “greenwashing” down to a fine art:

The term greenwashing was coined by environmentalist Jay Westerveld in 1986, back when most consumers received their news from television, radio and print media – the same outlets that corporations regularly flooded with a wave of high-priced, slickly-produced commercials and print ads. The combination of limited public access to information and seemingly unlimited advertising enabled companies to present themselves as caring environmental stewards, even as they were engaging in environmentally unsustainable practices.

So reported The Guardian back in 2016.

Is it any wonder that scepticism is so prevalent when these ideas have been so abused?

The only way we can genuinely move forward in this is that the whole company, top to bottom, commits to it. And today's (relatively) young people are making that easier to achieve.

I prefer the word “company” to the word “corporate”. Why? It helps remind you that you are part of a company of people working together towards a common goal. One of the perpetual challenges of a good company is finding and retaining the best staff. Sure, part of that is money. And another part is perks. But those may not longer be enough on their own.

As the Millennial generation become ever more numerous in the workforce — and in increasingly senior positions, too — the need to integrate purpose into your business may be growing ever more urgent. Millennials really like working with businesses whose values align with their own. In fact, research shows it's more important to many of them than money.

The first responsibility of a company is to sustain itself. Without financial sustenance, it cannot do anything else. It can't employ people. But it can't achieve sustainability without good people. And if those people demand that the business has purpose, then it must treat purpose and profit as two equal, interdependent drivers.

This gives at least some grounds for optimism that this version of corporate good might last a bit longer than the ones that predated it. After all, a sustainable business has to look to the long term:

“Maybe we will stop talking about purpose in 10 years’ time because it will just be ingrained in any organisation as a taken-for-granted – that any company that wants to be successful must pursue purpose,” said Alex Edmans, Professor of Finance at London Business School (LBS). “A purposeful company will still focus on long-term performance even when times are difficult. The best companies stick to their purpose rather than be distracted by short-term demands.”

Whipple's talk showed that some leaders are willing to go this way. The participants in my session show that there are many people who would like to join in on that journey.

And even a sceptical old Gen X journalist like myself is quite interested in seeing where they go together.

Sign up for the NEXT newsletter  and get a free e-book!

Get updates about new speakers, special ticket offers and relevant strategic topics from global brands. Plus: If you sign up now, you get the NEXT e-book for free!