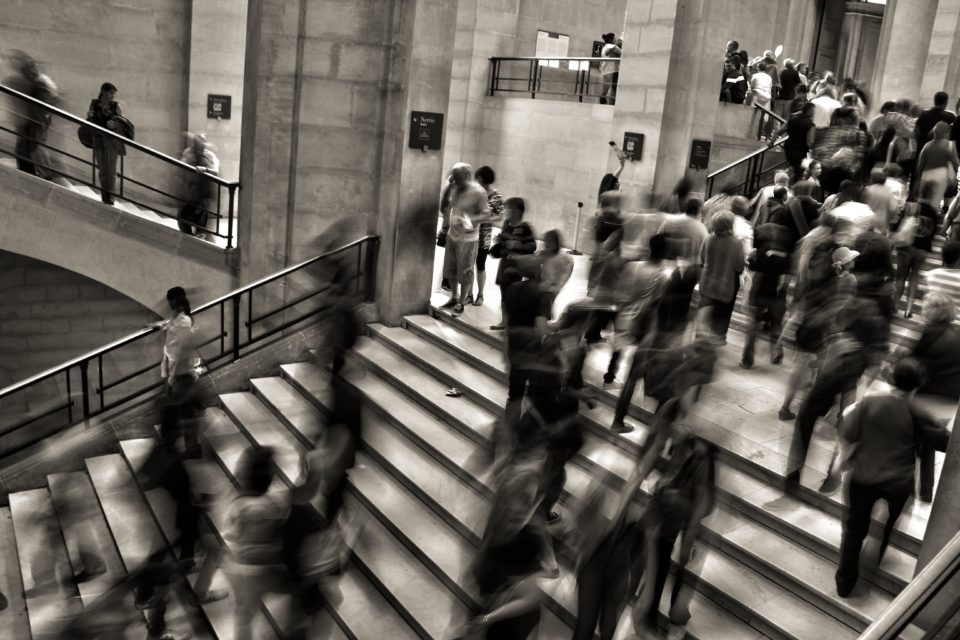 In 1962, philosopher Jürgen Habermas published his book Strukturwandel der Öffentlichkeit. It took almost three decades until an English translation appeared under the title The Structural Transformation of the Public Sphere in 1989. This book is still important today, as it analyses the change of the public sphere from its beginnings in the Renaissance era till the 20th century.

Of course, in the sixties Habermas could not foresee what would happen in later decades. But he, now 90 years old, continues to write, and just recently produced another 1,700 pages of work. In 2013, he issued a warning about technocracy and the danger that technocratic elites could take power and trim democracy to market conformity.

What kind of structural transformation of the public sphere is going on today? Is there a digital public sphere emerging? And what does this mean for democracy and politics?

In fact, we see a digital public sphere, albeit still in its infancy. The web ignited an explosion of public forums, blogs, publishing platforms and social networks. Public dialogue and debate were unbound from almost all restrictions, be it geographical distance, cost limitations or language barriers. English became the lingua franca of the digital sphere.

Still, the digital public sphere isn’t free. We’ve written a lot about Facebook and its tremendous power under the single dictatorship of Mark Zuckerberg. Moguls of the press like Rupert Murdoch or Michael Bloomberg pale in comparison to the CEO of Facebook. Ben Thompson keeps writing about what’s wrong with this:

In the long run, though, it is very problematic that such a powerful player in our democracy has no accountability. Liberty is not simply about laws, or culture, it is also about structure, and it is right to be concerned about the centralized nature of companies like Facebook.

Alas, we’re far from Facebook being the only threat to democracy and a free public sphere. Other digital giants pose similar challenges. And in general, the questions of governance and power over the digital sphere remain unanswered. We haven’t yet seen a full-fledged revolution.

Digital will be democratised

Without wanting it, today’s autocrats like Trump or his smaller siblings could well pave the way for a real digital revolution. This revolution isn’t going to come from the Democrats, them being the epitome of the new elites. The Trumps of today are pocket editions of Napoléon Bonaparte, who ruled France after the French Revolution.

Napoléon paved the way to a new political order, formulated at the Congress of Vienna. It would last for a century. Similarly, a digital congress could formulate a political order for the digital sphere. The dominant digital powerhouses, as well as the great powers of the non-digital world, need to convene and develop a peaceful balance of power.

This of course would not be the end of history. The users still won’t be in power until digital will be democratised. How could digital democratic institutions look like? As of today, we’ve only seen attempts to digitise democracy. This is similar to what Matthias Schrader calls electrification: existing processes (or products) are recreated in digital form.

Opposed to that are new products, created in digital form from scratch. Digital democracy didn’t yet arrive at this stage. Granted, there are some early prototypes here and there. But nothing that scales. Digital is not yet democratised.

French philosopher Gaspard Koenig describes our relationship with the great digital powers of our times as a new serfdom. Like serfs in the age of feudalism, we are deprived of ownership with regard to our data, just to get access to the services our overlords graciously provide to us. The solution he proposes and explores with his think tank Génération Libre: a system of personal data ownership.

Just as the industrial revolution made intellectual property rights necessary, the digital revolution should create an ownership right on personal data. If data is the oil of the 21st century, is it not time to ask who owns the oilfields?

Koenig views data as capital, rather than labor: data simply is there, like land, and producing data doesn’t require work. In his view, data ownership would be a logical next step after GDPR, which already treats companies as guardians of data, not owners, and guarantees the portability of personal data.

The real digital revolution will, like every real revolution, change the ownership of the most important assets.