Planning in an age of uncertainty

Uncertainty is uncomfortable — there's no escaping it. But we need to learn to manage it, even if that management looks very different to what you're familiar with. 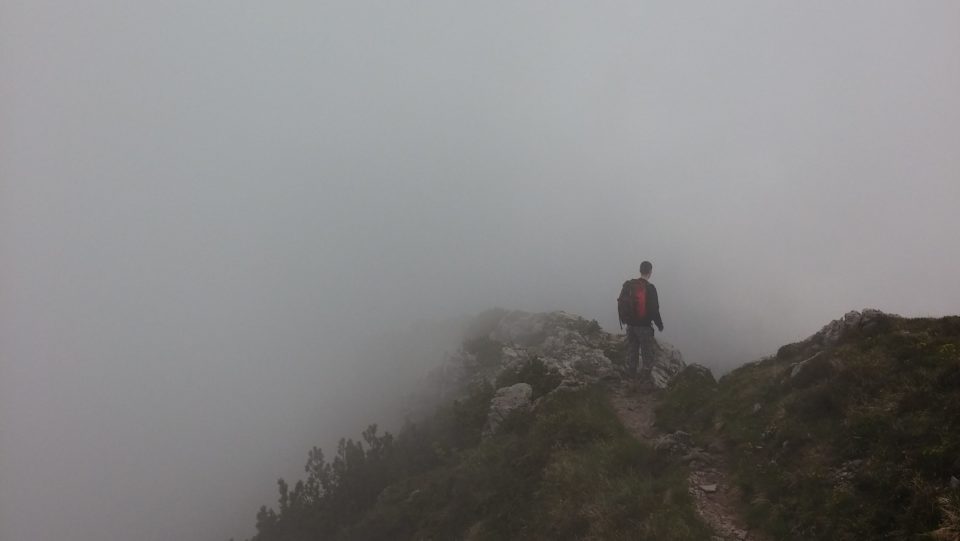 It’s hard to escape the irony of putting the finishing touches to a piece about uncertainty on the day the UK finally leaves the European Union. My home country is entering the greatest period of economic uncertainty it has known this millennium. It may well be the greatest since the middle of last century.

But that’s just one example of a world where the certainties that seemed to define the last years of the 20th century and early ones of the 21st have faded away. History, it turns out, is not quite ready to end just yet. Indeed, many of us feel like we’re getting rather too much history right now. A little less of it would be quite nice, thank you very much.

I don’t blame anyone for that. We all like certainty. Even the enthusiasts of disruption tend to like some stability in their lives. Certainty gives us the illusion of control over our lives, but it is that: an illusion. And so, to put a positive spin on things, perhaps we have a great opportunity in front of us to learn to live with — and manage — uncertainty. Because you can manage for uncertainty — as long as you understand what it actually is.

Broadly, you can split uncertainty into three categories:

Traditional management techniques are all about addressing the first: the foreseen, and knowable, uncertainties. You can plan for them, and build slack into the system to manage them. And many hierarchical systems and process are built around minimising that uncertainty to maximise efficiency. That’s a great approach in times of business as usual.

The problem is that they suck at dealing with the other two kinds of uncertainty. And right now, we’re dealing with a surfeit of them.

Chaotic uncertainty is the killer. It kills businesses, and it kills societies. It destroys careers and lives. But it also creates opportunity, often in unexpected ways. Java was conceived as a control language for household appliances, but through the winnowing fires of the chaotic disruption the web caused, emerged as one of its fundamental technologies.

Indeed, one could certainly argue that the internet itself has been a vehicle of chaotic uncertainty. A relatively simple change (a global networking of computing devices) has led to chaotic outcomes, as nobody was able to predict the impact on societies of this unfettered information exchange. We had no model to work from, as nothing comparable had been built before. And so we were, frankly, really terrible at predicting the impact. We’ve spent the last couple of years alluding to the fact that the original sin of the internet was the assumption that connecting people with less friction would be an unquestionable good, and failing to react fast enough to the problems as they emerged.

So, how do you ensure that you are one of the ones that benefits from chaotic change, rather than being lost in the storm?

However, we cannot be purely reactive. Our businesses need a degree of planning for recruitment, financing, logistics, and so on. One useful method of addressing this in uncertain times, is to stop thinking of plans as a linear timeline. Instead, conceptualise them as a widening set of potential outcomes, the further you move from the now. You are, in effect, creating a planning cone, as outlined in the work of Amy Webb from the Future Today Institute. 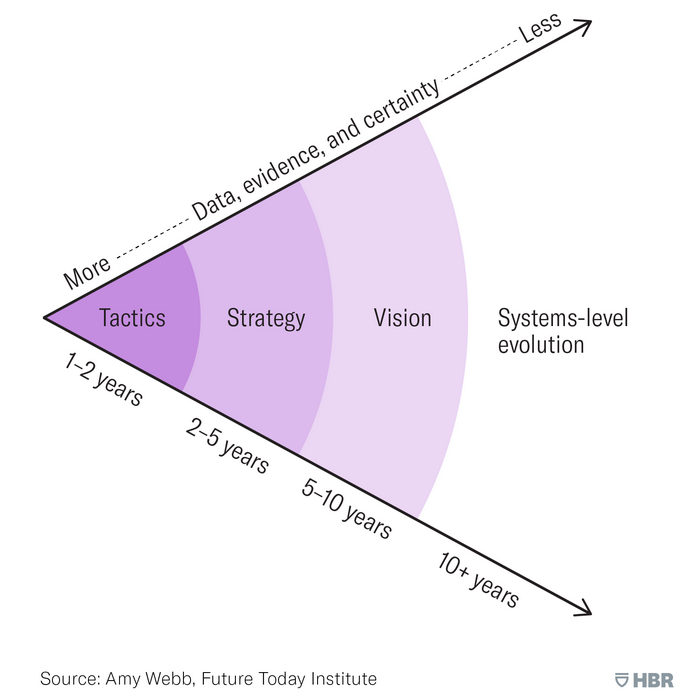 In the short term, you’re using tactics to deliver on your plan. Uncertainties are manageable, so you can address them, and plan for them, with sufficient capacity in terms of time, money or people (or some combination of the three). In the medium term, you have a strategy. You know what you want to do, but you are less committed yet to how you are going to do it. You’ll only firm that up as the moment of execution comes closer. You’re preparing for multiple outcomes, so you have at least one model you can use (and probably adapt), when you know what the circumstances you’ll be operating under actually will be. And you’re adjusting those models all the time.

And further out, you want to have a clear vision of what you are doing — but not necessarily the details of how this is achieved. (Regular readers may recognise this as being very similar to the idea of keeping your eyes on the prize, which we discussed when looking at volatility. And that makes sense. Volatility is the midwife of uncertainty.)

Flexibility as a counter to Uncertainty

What this is actually doing is giving you a framework for flexibility. The only way to manage uncertainty is to be open to it; to build businesses (and lives) that are prepared to adjust and shift as the variables shift around you. Hiding from uncertainty is nothing but a guarantee that it will overwhelm you. You need to face the storm to survive it. Traditional planning approaches lock you into patterns of thought and behaviour that might be irrelevant in a few years, but the human need for comfort and familiarity tends to leave them clinging to those familiar processes until far, far too late. You break in the face of the storm, not survive it.

The implications of this are more serious than you might think. It has implications for leadership: you need people at the top who are comfortable with change, but who can commit to a vision. You also need people who are not prone to micro-managing. They need to be leaders who can create a business environment where adaptability and flexibility of process are valued. They need to keep everyone aligned to the vision of the business, even as the systems change.

A business, a career or a society built for uncertain times needs to look very different from one built for more straightforward ones. And that’s a complex problem to solve.

Photo by Davide Foti on Unsplash