The end of business as usual. Let’s hard reset and spark the new. 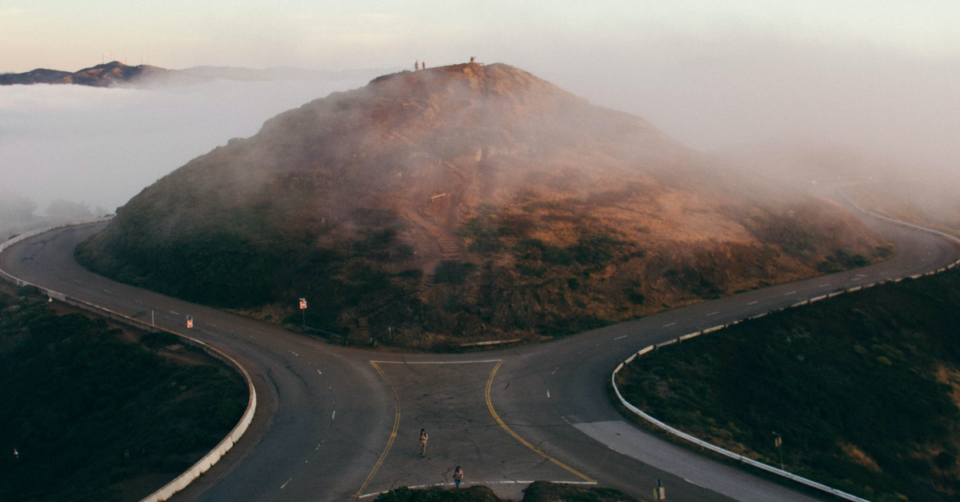 Halt and Catch Fire, or short HCF, is a fictitious machine code instruction, causing the CPU to stop working, which then requires a reboot. Or lets the CPU overheat and burn.

The way 2020 decided to kick off the new decade poses fundamental questions about sustainability, resilience, responsibility and our capacity to act. How sustainable is our world, our economy, our way of living? How resilient are our systems — and are we? What does responsibility mean? And what about individual and collective agency? A moment of crisis can act like a filter and show us what’s really important.

Every pandemic is an exponential phenomenon. However, the measures we take are first and foremost linear. We’ve seen these phenomena before. The digital revolution was carried out through waves of logistic curves. Moore’s law predicted that the number of transistors in an integrated circuit doubles about every two years. The PC, the web and the smartphone all followed the same trajectory, with each wave increasing both the reach and the number of users. Software ate the world at an astonishing speed.

The digital revolution was riddled with grotesque misjudgements, starting with Thomas Watson, president of IBM, who in 1943 estimated a “world market for maybe five computers”. To his credit, a computer back then was the size of a house. But three and a half decades later, Ken Olsen, founder of Digital Equipment Corporation, still saw “no reason anyone would want a computer in their home”. The same year (1977), Apple shipped their first home computers.

Exponential phenomena are disruptive by nature

In 1995, Robert Metcalfe, founder of 3Com, questioned the exponential growth of the internet and predicted that it would “catastrophically collapse” in 1996. And finally, in 2007 Steve Ballmer, CEO of Microsoft, said: “There’s no chance that the iPhone is going to get any significant market share. No chance.” A few years later, Microsoft withdrew from this market.

Exponential phenomena are notoriously hard to understand. Watson, Olsen, Metcalfe and Ballmer all were smart people who really knew what they were talking about. But they simply underestimated the power of exponential phenomena. Or, in the case of Robert Metcalfe, they couldn’t imagine exponential growth to be sustainable. And that’s true, since in reality every exponential curve at some point bends, turning into a logistic curve, with growth finally reaching saturation. PCs, the internet and smartphones all have entered the second half of their growth curves: growth has slowed down significantly.

Any pandemic reaches saturation as soon as the number of new infections per infected person drops to 1, and it dies out if or when the same number falls below 1. The same is true for the spread of knowledge, ideas, technologies, habits, fashion and all kinds of cultural phenomena, as Kevin Simler has pointed out. Our systems are optimised and trimmed to maximise efficiency, the diffusion of information, fake or real, and the free movement of goods and people.

Thus, our world is highly vulnerable to misinformation, pandemics and all kinds of disruption. Exponential phenomena are disruptive by nature. The amount of disruption depends on the scale they are able to reach and the speed at which they are able to diffuse. At some point, limiting factors kick in, slowing down growth, as we’ve seen in the examples above. In a truly global world, the planet itself is the limit, with a theoretical reach of 7.8 billion people currently inhabiting our Earth.

Digital technology has disrupted one industry after the other, starting with publishing, music and retail. Finance and automotive are next, others will follow. The 2020 pandemic is a huge boost for digital disruption, leading to work from home, remote learning, telehealth, less business travel, more streaming, all kinds of digital experiences and a huge, global experiment of behaviour change. A lot of this will stick, changing our world forever.

The current crisis throws a brutal light on all kinds of businesses, practices and behaviours that are simply no longer sustainable. This has been looming for a while. Capitalism in its current shape lacks sustainability, first and foremost in the business sense. The carbon bubble is about to burst. Globalisation is put to a stress test. We all are forced to focus on what’s really important. It’s a massive reality check.

Some things that are no longer sustainable won’t return from the current hiatus. The longer the crisis continues, extraordinary measures, behaviours and changes slowly turn into new normalcies. Resilience is talking new normalcies into being. It is a communicative process. There is a certain paradox at work: our systems, while being highly susceptible to disruption, are more resilient than we think.

Over-optimisation has made our world less resilient

That’s the power of networks. Metcalfe’s law postulates that the value of a network is proportional to the square of the number of connected users (or nodes) of the system. Network effects can lead to exponential growth. Thus, properly designed networks can cope with exponential disruption, like the current pandemic. Such networks don’t have single points of failure (SPOF). To avoid a SPOF, redundancies are built in. The internet itself was designed as such a network, about to route around any point of failure.

The more linear global supply chains are, the less redundant and more vulnerable they are. To become sustainable and resilient, supply chains will turn into supply networks in the aftermath of the pandemic. Each node of the supply chain will build up redundant supplies and diversify distribution, even at the expense of efficiency. The relentless pursuit of efficiency, a hallmark of the industrial age, is another victim of the current crisis.

Efficiency is a double-edged sword. It has served us well and certainly won’t go away, but there is not much left to gain from it. And over-optimisation, stripping away almost all redundancies, has made our world less resilient. We are about to learn a harsh lesson about our healthcare systems. Faced with exponential disruption, efficiency doesn’t help at all. Quite the opposite.

If your business is outdated, efficiency won’t save it. Likewise, practices and behaviours that are no longer sustainable can’t be saved by making them more efficient. Against the onslaught of exponential disruption, pure efficiency is of little use. Mitigation doesn’t do much, beyond buying some time, if it can’t turn an exponential threat into a linear, manageable one. It can delay an impending catastrophe, but not avoid it.

Our world has come to a screeching halt

Another possible strategy would have been suppression. But suppression requires drastic measures. As soon as the genie is out of the bottle, it becomes very hard to suppress it.

In a highly interconnected world, individuals have both more responsibility and agency, while they rely on the acts and omissions of others. This is another paradox, making us powerful and powerless at the same time. The potential global reach of individual acts and omissions is counterbalanced by systemic forces and structures beyond individual control.

We are forced to reassess systemic risks as well as our actions and answer the burning question of what really is important. The pandemic has, slowly but fastly, brought our world to a screeching halt. It’s now up to us to decide about what we value the most, and how we will spark the future.

It is time to halt and catch fire

What’s next is a world that’s more sustainable and more resilient, with people acting more responsibly. And that’s not happening through some kind of magic, but through a radical stripping away of many things no longer sustainable; things that are non-resilient, or irresponsible. We are called to action in new ways. A crisis like this acts as a catalyst for massive change. It’s a perfect storm.

The world still won’t be perfect after the turmoil. It will be a world in dire need of rebuilding. This could become our Phoenix-from-the-Ashes-moment. Let’s use it to design a better basis for our global systems, for our societies, economies, and our public life.

It is time to halt and catch fire to create something new. So let’s reboot the system and try not to burn the whole damn hard drive.