Did we waste a whole decade? This sobering thought comes to mind after revisiting Richard Florida's 2010 book “The Great Reset”. 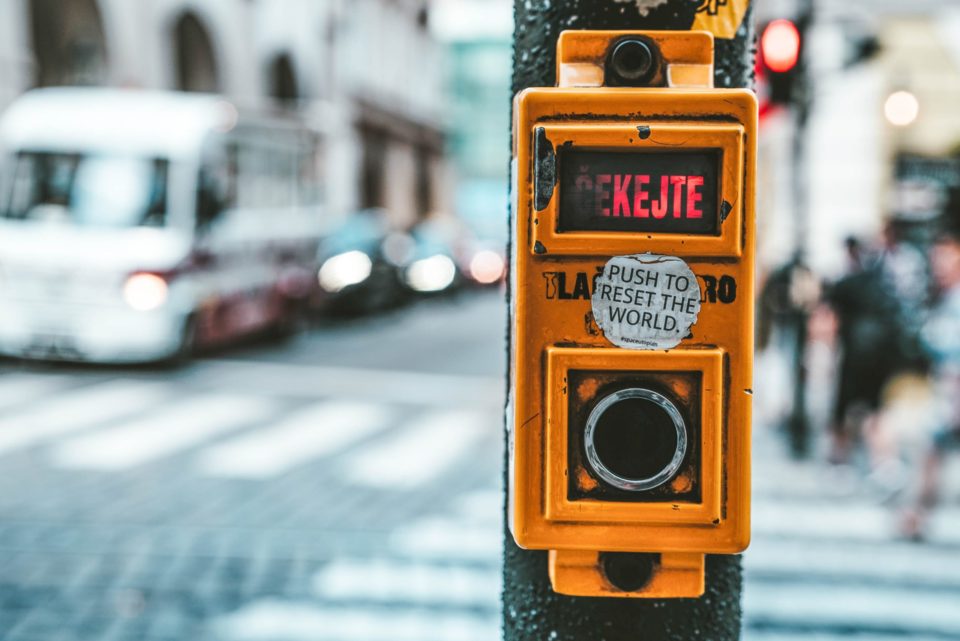 “Times of crisis reveal what is and isn’t working. These are the times when obsolete and dysfunctional systems and practices collapse or fall by the wayside. They are the times when the seeds of innovation and invention, of creativity and entrepreneurship, burst into full flower, enabling recovery by remaking both the economy and society.”

This is a quote from Richard Florida’s book The Great Reset. It sounds timely, like it was written in 2020, doesn’t it? But, in fact, the book was published in April 2010 – a decade ago. Under the fresh impression of the Great Recession that followed the financial crisis of 2008/2009, the author spelled out trends he saw emerging.

Ten years later, we find ourselves confronted with another great reset. Or is it still the same? Revisiting the book today is an uncanny experience: you’d only need to change some references from the Great Recession to the global pandemic, and what you’d get is a manuscript that’s pretty much up to date.

The reasons for this are twofold: the author discusses a bigger picture of long-term trends that still look valid now – but to a certain extent simply didn’t materialise over the past decade. For example, the bursting of the housing bubble – the defining event of the financial crisis – led to a decline of US house prices. But in early 2012, house prices started to rise again, and since 2016 house prices have even been above the level of the housing bubble.

Only time will tell

Now this of course can mean a lot of things. We may be in another housing bubble that’s about to burst over the course of the current crisis. Or the great reset touted in 2010 turned out to be a major price correction, which then paved the way for another round of price increases. Interestingly enough, the US homeownership rate had its peak as early as 2004, before it declined for more than a decade until 2016. Since then, it has again been rising.

Now, this trend may gain steam, with more people working from home leading to even more home ownership. Or Richard Florida’s predictions finally come true and people will abandon home ownership for more flexibility. This would allow them to move swiftly to where new jobs are being created during the pending economic recovery. Both scenarios sound plausible. Only time will tell.

In hindsight, the Great Recession didn’t turn out to be the great reset that Florida had expected. Part of the reason is that a lot of the efforts made to recover were driven by the desire to maintain or resurrect the status quo ante – something the author criticised a decade ago. This is a theme we see again during the current crisis. For example, Germany’s attempts to save Lufthansa, its national carrier, lack any ambition regarding emissions and climate change.

A substantial risk for a slowdown

Is it wise to spend huge amounts of money to keep industries afloat without enhancing their sustainability or resilience? The answer depends on your stance on the change that’s needed (or not). Let’s have a look at car manufacturing, Germany’s most important industry. The first four months of 2020 saw a decline of EU demand for new passenger cars by 38.5 per cent.

In Germany, demand contracted by 31.0 per cent. A decrease like this would, if continued for the rest of the year, bring the automotive industry straight back into the eighties (if we just look at the number of cars sold). This shock happens at a time when the shift from the internal combustion engine to electric mobility is still in its infancy. And while you may argue that it’s the industries own fault, this argument doesn’t change the economics.

Will the current crisis speed up or slow down the adoption of electric cars? There must be a substantial risk of a slowdown, at the very least. Declining revenues will shrink the free cash flow that can be invested in the ramp-up of electric mobility. The stock markets seem to have factored this already in: the German car industry (Volkswagen, Daimler, BMW combined) is valued lower than Tesla alone.

In the middle of the great reset

We’re still very early on in the current economic Reset, so it’s difficult to fully grasp how it will ultimately play out. But we can all sense that our way of life is changing and our economic landscape is too. These changes are emerging—and have been emerging—organically, in fits and starts, for some time now. They don’t result from top-down policy or programs, though government can encourage or discourage them by what it does or does not do. One thing is certain: this emerging new way of life, which some already refer to as an impending “new normal,” will be less oriented around cars, houses, and suburbs. We’ll be spending relatively less on the things that defined the old way of life.

Have we wasted a decade?

Cars, houses and suburbs, as well as what we spend on them, all have grown over the past decade. All of this may change now, or maybe not. Perhaps a crisis like the current one was needed for these changes to break through. Or will the forces of inertia and persistence again prove to be stronger? In the author’s words:

Before we can nurture the new industries of the future, develop new forms of health care and biotechnologies, or even explore new forms of education or more experiential forms of entertainment and recreation, we first have to free up capital by producing the goods of the old industrial order more cheaply and efficiently.

This is a sobering thought. Have we wasted an entire decade? And we haven’t even factored in climate change yet – a topic that the book doesn’t cover. Revisiting The Great Reset is disillusioning. These days, a lot of books are being written about the potential aftermath of the current global crisis. Maybe we should simply accept that we don’t know what’s going to happen.

A dose of humility would do us good in the present moment. It might also help reconcile us to the radical uncertainty in which we are always living. Let us retire our prophets and augurs. And let us stop asking health specialists and public officials for confident projections they are in no position to make — and stop being disappointed when the ones we force out of them turn out to be wrong.

But still, the decisions we make today will shape an entire generation. So let’s not waste another decade.

Photo by Tom Grünbauer on Unsplash