'New World Same Humans' is a weekly newsletter on trends, technology, and society by our favourite keynote speaker David Mattin. Read his take on the Great Reset. When the world is on fire, people seek a refuge. They look to faraway places; islands of calm. One nation has a near-monopoly on that brand in the global public consciousness: New Zealand.

Given that fact, an aspect of my own experience over the last few weeks seems strangely fitting. My wife is a Kiwi, and that means periodic visits with our two children to the Land of the Long White Cloud. This year we had a trip planned. If it wasn’t for the pandemic, I’d be in New Zealand as I write this. The symbolism is embarrassingly clear: coronavirus nixed our journey to a tranquil place. Of course, many don’t have the luxury of a resort to symbols when it comes their experience of what’s happening now.

We last went to New Zealand two years ago. It’s hard to remember, but back then – yes, back in the steady, business-as-usual days of 2018 – people were talking about the end of the world. And given its status as planet Earth’s ultimate safe space, that meant much talk about New Zealand, too. As we arrived rumour had it that the Silicon Valley elite were buying up huge slices of the country’s land to use as a retreat during the End Days. Paypal billionaire Peter Thiel, who owns an estate in the country’s South Island, was the focus of much of the reporting. The newspapers said he’d fitted his mansion with a panic room.

So amid the spectral beauty of Mount Maunganui – an extinct volcano cone that overlooks a harbour in the country’s North Island – I built a psychic refuge of my own, and tried to get some perspective. Yes, the world order was shifting. And everyone knew the populist uprising – Brexit, Trump, Erdogan and more – was the most visible signal of that. But it seemed to me that the feeling of crisis had a deeper underlying cause. That was the absence of any alternative, progressive vision of our shared future. Neoliberalism was falling apart, and progressives had little to say. No persuasive answer to send into battle against the populist’s cry of nation and borders and us versus them. Instead, to live in 2018 was to exist in a kind of ideological whiteout; a state in which it was impossible to even articulate the idea of a different, better future. The truth was that across the last three decades progressive had retreated into identity politics and left key battlefields – the economy, work, markets, democracy – to the neoliberals. It was, as a million commentators observed, ‘easier to imagine the end of the world than the end of capitalism.’

The events we’re currently living through defy easy categorisation. But one signal of their magnitude: here in the UK the government has just promised to pay the wages of private sector employees who are unable to work during the pandemic. It’s a huge and unprecedented intervention for the UK government. And all the more astonishing because it’s being made by the right wing, free market Conservative Party. Suddenly, it’s possible to imagine the end of capitalism after all.

It’s easy to see we’re living in interesting times. The harder question is: what does it all mean? Where is all this taking us?

It’s early days when it comes to answers. But even now a phrase keeps recurring. That phrase is the Great Reset. As events unfold it’s becoming clear that the coronavirus pandemic will be a Ctrl Alt Delete on so much of the system we live inside, and so many old assumptions. We’ve seen the error box; now the screen has gone blank. No one knows how it will look once the reboot is over.

Still, it’s possible to draw some intriguing sketches. Take a look at all the forecasts being shared right now and a common theme emerges. That is, that the pandemic will act as a catalyst for a number of big trends that up until now have been more talked about than acted upon. For example, we’ve all known for years that we can’t keep flying around the world at the rate we have been (and yes, I’m among the most guilty). Surely the pandemic will be the shock that finally changes behaviour?

Indeed, look at the last decade and the potential for the virus to supercharge existing trends quickly becomes clear. Across that decade many commentators have run a mantra on constant loop: the pace of change has never been faster. Look at all this innovation! We’re living in the future! But has that really been true? In fact, there’s evidence that innovation has been slowing. With the perspective already provided by the pandemic, it feels closer to the truth to say that that in many ways – travel, work, diet and more – we’ve collectively been stuck. Stuck in patterns that clearly were no longer viable but that we still, somehow, couldn’t shake off. 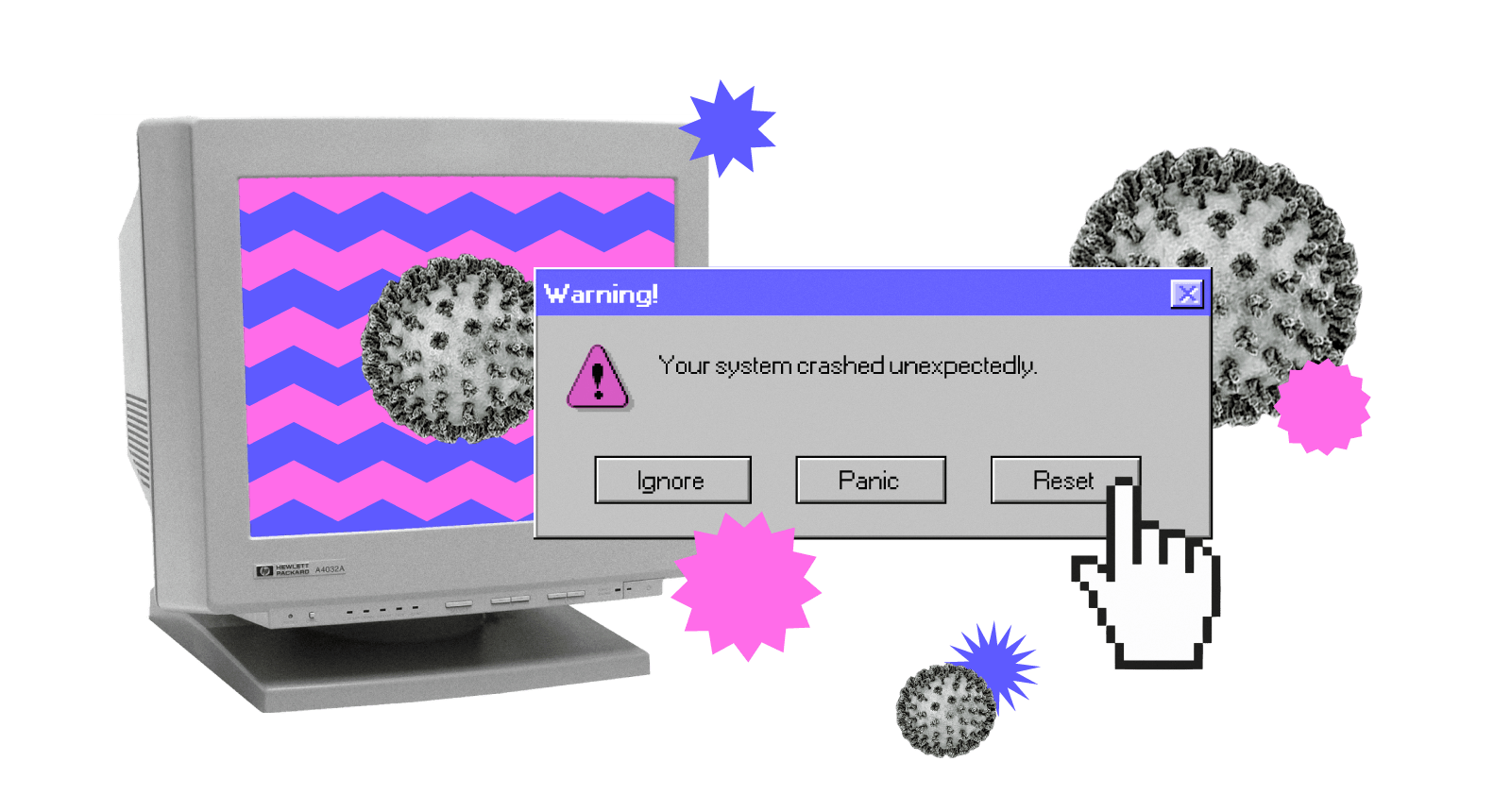 So now is the time – now is the chance – to reset. No doubt we’ll see many changes. But I think one overarching shift will give shape to many of them. That is the reassertion of the collective, and a new age of collective – meaning government – action. That is the mega-trend that’s been standing in the wings across the last decade or more. Waiting for its moment to burst on to the stage.

History supports that idea. After all, crises tend to provoke the collective into action. The last significant episode in that story centred around the post-war settlement and the era of rational planning to which it gave rise, when massive government intervention was required to lift Europe from the ashes of WWII. That settlement crumbled amid economic stagnation in the late 1970s. It gave way to a new dispensation: hyper-individualism, markets, globalisation. The neoliberals rejected the planned economy and insisted that we must let free markets do their work. In this way, they claimed to transcend ideology. But that claim was false; neoliberalism was only an ideology of a different sort. As the great English conservative philosopher Michael Oakeshott observed, a plan to resist all planning is still, in the end, a plan.

The neoliberals thought they might usher us to the End of History. Events intervened, as they so often do. Economic meltdown in 2008 spelled the end of the neoliberal consensus. Meanwhile 2016 put the brakes on globalisation, and handed down some hard lessons when it came to neoliberalism’s influential cousin: tech utopianism. The Silicon Valley elite had conquered the world with their blend of neoliberal enterprise and Californian counter-culture individualism. They told us all we had to do was get government (or what was left of it) out of our way, take them by the hand, and believe. So many drunk the Big Tech Kool-Aid; then Donald Trump joined Twitter. Cue an orgy of vomiting.

But here’s the thing: as our system, and our assumptions, shattered around as after 2008, much in our behaviour stayed the same. As the economist Nicholas Gruen observed, in the aftermath of the financial crisis we patched our neoliberalism back together and carried on as though not much had happened. Meanwhile, we scrolled incredulously through news of Big Tech privacy scandals, still clicking ‘Yes’ on the terms and conditions we hadn’t read. If one image sums up our collective lives in the years after 2008 it’s that of Wile E Coyote running over the cliff edge, yet to look down, temporarily unaware that there is no ground beneath him.

Now we have all been made to look down. And what do we see?

In many western countries – including the US and UK – the answer is the empty space that’s been left by a decades-long impoverishment of government. Underfunded public services. A lack of hospital beds. Gig economy workers without rights, sick pay, or health insurance. Government agencies without resources or staff. President Trump infamously cancelled the National Security Council pandemic unit in 2018. Now, the US government has to plead with Google to help it fight coronavirus. In their pomp the Silicon Valley elite always said technology would save the world. Maybe even they didn’t mean it this literally.

Even before all this it was clear things couldn’t go on the way they were. But perhaps we’ll look back and realise it took the Great Reset to make us finally admit as much.

So what now? Trends that have been years in the making – a new localism, home working, plant-based diets – look set finally to arrive. But a new collective effort, and a new role for government, is the mega-trend that should be ignited by the events of the last few months. More than anything, it’s what we need.

We need it to deal with the overmighty corporations that now cast a long shadow over us. To make sense, and economic justice, out of an automated future in which work and productivity are uncoupled. And to raise a meaningful, global response to the greatest challenge of the 21st-century: climate change.

There are no super-smart 25-year-olds with VC funding who can ride to our rescue. There are no corporate social responsibility programmes that can limit warming to 1.5C. Sure, they can help. But we need to do this collectively; by everyone, for everyone. And we already invented a mechanism for that. It’s called government. We need to use it.

In the first months of 2020, something is ending. But something new is starting to live. Together, let’s get through what the next few months holds for us. And then seize our chance.

Please note: This article was first published in the newsletter ‘New World Same Humans’ by David Mattin. You can subscribe to it here.