How the big event unbundling changes everything

Big events are bundles, and these bundles have been unbundling for a while. This changes everything, from the event experience to the business models. 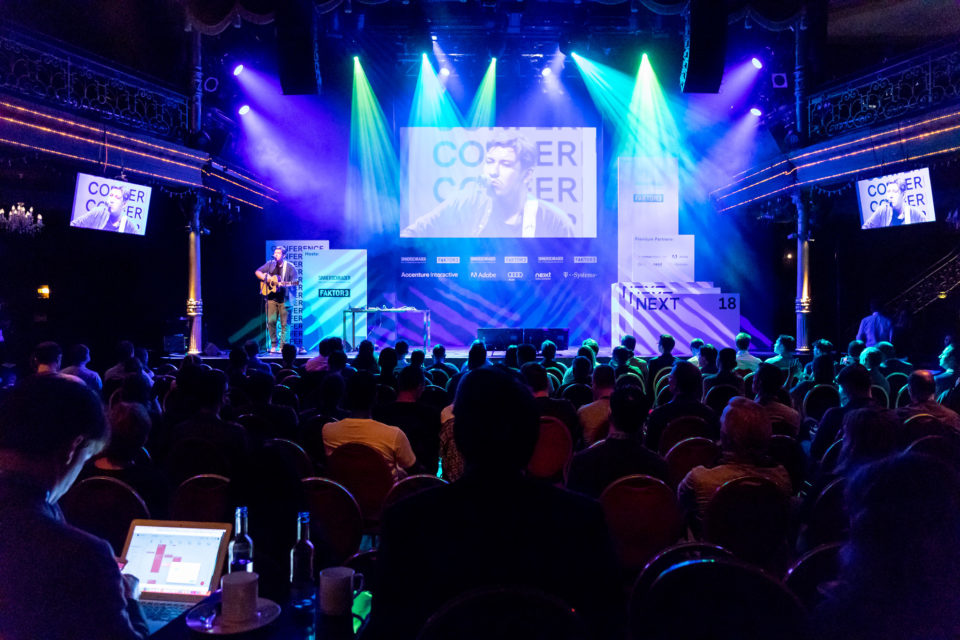 Big events were the first thing that had to go when the pandemic hit, and big events will be the last thing to return, if they ever do. A lot of events probably won’t survive the lockdown and subsequent hiatus. That is, if they don’t offer an outstanding experience and value that makes them worth having in the first place.

For entertainment, the equation is quite different than for business. The former compete with all kinds of different experiences designed to entertain you, and a lot of them work pretty well without physical contact. Reading books or watching TV are two classical examples, digital experiences are more recent ones.

Business events are bundles of shows on a stage, networking in the hallways, perhaps trade exhibitions and also scheduled meetings with people who happen to be in town for the event. This is now unbundled, and the pandemic is only one of the reasons for that.

The show part of the bundle started to go digital in the noughties, when livestreaming became feasible and YouTube was born. Today, a plethora of conference talks, presentations or panels is available on demand and for free, making the hassle and cost of travel increasingly hard to justify. As a result, the selection of speakers and curation of a conference became much more important.

Now, the pandemic has destroyed this model. It remains to be seen whether it will rise again from the ashes or not.

Trade shows, the third part of the bundle, have been around for centuries. Their raison d’être is the physical marketplace, where everyone gathers once or maybe twice a year to meet everyone else and do business. Trade exhibitions are the most solid part of the business event bundle, and very hard to replace digitally.

But still, it can be done and has been done this year. The Geneva Motor Show was cancelled and went online, and now it’s highly likely that it won’t return next year. The big tech companies either cancelled their developer events, like Google I/O, or moved online, like Apple’s WWDC this week. We’ll see how that goes.

Apple had unbundled itself early on from Macworld/iWorld, which subsequently got suspended a few years later. Big Tech has been big enough to do their own events for years, and now even this era could be over. The Frankfurt Book Fair is struggling. It is aiming for a hybrid model but may still get nixed between now and this autumn.

All parts of the event bundle are in trouble

Trade shows are like shopping malls which need anchors providing sufficient traffic for smaller players who wouldn’t attract enough visitors on their own. Without these anchors, they collapse.

A conference can serve as anchor for a trade show, and vice versa. Likewise, events can drive a media business, and media can drive an event business. We’ve seen both models in the past.

The fourth part of the bundle, scheduled meetings with other people who might not even attend the event while being in town, can lure people to spare buying event tickets while still travelling. It’s another kind of event unbundling, and one that does not help the event business’s bottom line.

That said, all four parts of the event bundle are in trouble and have been for a while. Since we’re now talking about much smaller events, a bundle doesn’t make any sense at all. Why travel to a conference with maybe 100 participants, set up a trade show booth and schedule meetings?

This can only work with laser-sharp focused audiences. It can be worth a lot to meet exactly the right 100 people, or even 10, but it’s very hard to gather this kind of audience. And of course there already is an abundance of this kind of event.

How to further accelerate event unbundling

It’s also very hard, if possible at all, to turn big events into hybrid digital/analog shows, like many organisers try. This strategy basically sends a strong message to attendees that they don’t need to come yet can still participate.

That’s exactly the opposite of what you want and what you’ve said for decades. The whole point of events is that people are in the same place at the same time. Breaking this link further accelerates the event unbundling.

And it also looks impossible to turn a big trade show like the Frankfurt Book Fair with 300,000 attendees last year into 3,000 shows with 100 attendees each. That would be a totally different animal. It’s event unbundling taken to the extreme.

Instead, publishers now try to replicate the fair experience with virtual booths. It’s the kind of skeuomorphism we always rely on when new technology comes around. We aim to recreate the physical experience in digital form. It’s a first step, but not a permanent solution.

The strategic question is: Can event organisers somehow rescue the old bundle or define a new kind of bundle? Or do they need to abandon the event business as we know it and develop completely new solutions for each part of the bundle? To find out, we’ll need a lot of trying and testing.

The conference part on its own looks more like a TV/video/media business, networking resembles tools like LinkedIn, a trade show can move to digital platforms and marketplaces, and meetings can be done via Zoom. Why bother to meet physically at all?

Well, for the sake of meeting physically, of course. This is something we human beings still need to do. It defines humanity. So many events have served as perfect excuses for travelling and spending time away from the office, which is a duty by definition.

But the stakes are now higher, since we now have seen what works and what doesn’t. A physical event must deliver a better experience and better value than the sum of the parts of the bundle, as far as they can be rendered in digital form.

For the foreseeable future, physical events will be smaller and, given a decent business model, can be televised to a broader audience. It’s going to look a lot more like live television with a studio audience.

Will we ever get used to the Bundesliga playing in deserted stadiums, or US presidential election rallies happening in front of endless rows of empty seats? Huge live audiences are a strong signal of a place to be. We’ve already seen this experience recreated digitally with live concerts in video games.

Let’s not forget that bundling has served both event organisers and attendees well. The business models for the parts of the bundle will look totally different. This is a massive change, like the Great Unbundling in the media industry.

There will be new kinds of bundles emerging, since there are only two ways to make money: bundling and unbundling.