Post-Pandemic Consumerism: shaping the future with our (contactless) wallets

As lockdowns eases, and businesses start trading again, the choices we make will help reshape our economies. It's time for mindful consumerism to shine. At the beginning of June, that temple of consumerism McDonald’s reopened in my town, after a couple of months closed due to lockdown. It was drive-through only — but before the day was out the police had to close the streets around the branch, because the tailbacks had become so long. And yet, this is in the same town which has had a successful and focused campaign to support those local small retailers that have been open throughout the pandemic.

As lockdown eases, those of us who still have jobs, and money in our pockets have a choice: how we chose to spend our money will have a massive impact on the world we re-emerge into: the businesses that will survive and those that will go to the wall. One of the ideas we’ve been exploring in recent months here and on What’s NEXT? is that there is no inevitability about what comes next — the choices we make will shape it.

Sohail Inayatullah showed us an example of how you can envisage multiple versions of the future, and then work towards the one you want. And this is the choice all of us have to make. Which parts of our old life do we want to guarantee will still be there as we slowly, incrementally iterate our way towards a new normal? And how can our financial power help us getting there?

Spending your way to your desired future

I’ve been running that process on my own life. I must confess, after some thought, that McDonald’s is not high on my list (although my older daughter would not forgive me for saying so). But my local coffee shop is. In a working life likely to be defined by decreased mobility for the time being — I’ve been prep booked for more guest lectures than ever before, including some in the US, but they’ll all be done from right here at home — it’s important to me that local support businesses survive the coming financial apocalypse. If I’m working at home most of the time, I want a place I can hang out in — and work from — when distancing allows.

Money might not buy you happiness — but it can help shape an urban environment that promotes it.

That coffee shop finally reopened a couple of weeks after the fast food traffic nightmare happened, and my daughters and I headed straight down there to support their return by buying a long black, a babychino and a hot chocolate. And some croissants. And some bread, actually. 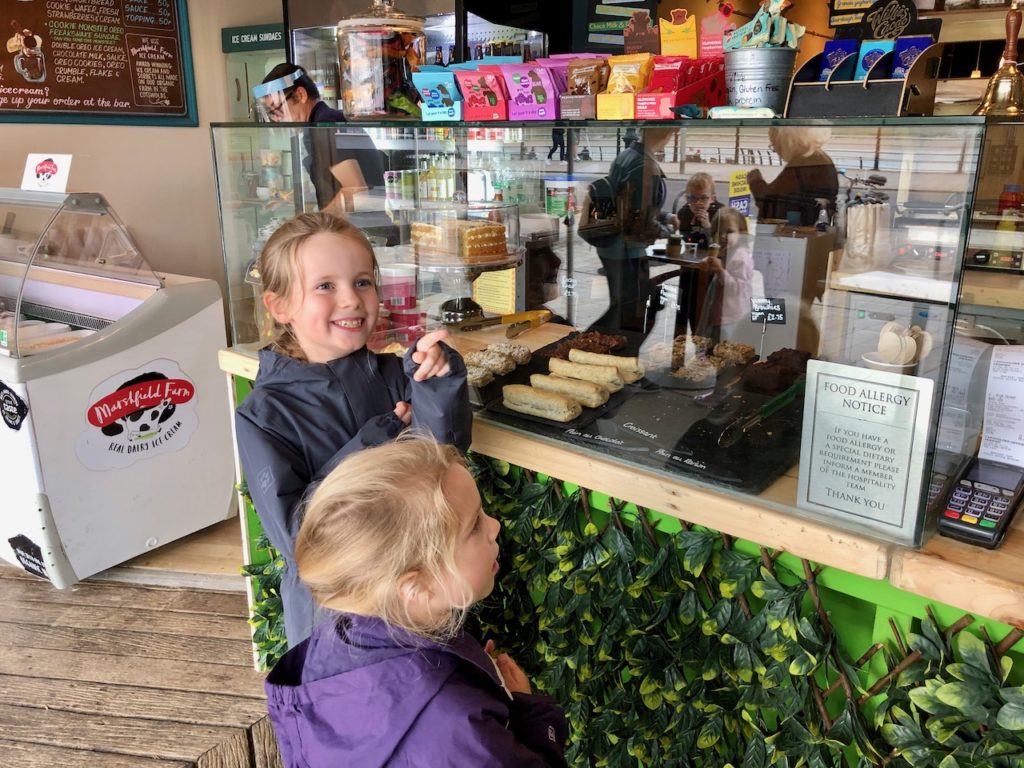 It all helps, right?

America is acting as an accelerated microcosm of the world’s choices: a late lockdown, a swift exit from it — and a high number of cases. And we’re already starting to see the impact of some of the consumer choices.

As the New York Times reports, the spending decisions of the wealthiest have a disproportionate impact on the economy as a whole:

Economists at the Harvard-based research group Opportunity Insights estimate that the highest-earning quarter of Americans has been responsible for about half of the decline in consumption during this recession. And that has wreaked havoc on the lower-wage service workers on the other end of many of their transactions, the researchers say.

The people whose spending has disappeared might not be feeling the financial shock yet — but they will (eventually) feel the lifestyle shock. That great little Italian restaurant they’ve been going to post-theatre might not be there when the theatre reopens — if it does.

The rise of wallet power

In essence, our power lies in our wallets, and it so often does in capitalist, consumer-driven societies, and if we don’t approach that mindfully, we might end up shaping a world that isn’t necessarily what we want.

The physical realities of lockdown helped some businesses weather the viral storm more easily. Amazon, for example, has seen a surge in revenue as we all switched to delivery. But this might not translate into profits — surging costs to service that new business make it likely to see a loss. Supermarkets that deliver have seen their business explode, but again profit hasn’t accompanied it — loss of profit from fuel sales and cafés hasn’t been offset by the increased grocery sales.

But the big retailers have the financial might to survive such moments. They can adapt while local grocers struggle to survive. If we let our habits shift, the local businesses will expire. And, if we’re all going to be spending much more time locally, we’ll come to regret those decisions.

The solution? A form of mindful consumerism might well be our most powerful tool. If you have money to spend, make sure you prioritise spending it on those businesses and organisations that you most want to be still there in the post-pandemic age.

We, for example, have continued paying for many of our daughters’ clubs, even though they haven’t been able to meet physically. Happily, in most cases, that loyalty has been repaid with support in the form of learning resources and support. My girls will be practicing their martial arts over Zoom in just a few hours.

The Great Pause has also been something of a Great Winnowing. Many of us have had the chance to decide what matters to us, what we miss and what we want to survive. The decisions we make in the next few months will decide which businesses survive — and what foundation we’ll be building our futures on.