Ben Sauer on the metaphors we need to navigate a crisis

We need frameworks to navigate times of crisis. But the metaphors we choose can have a profound effect on the solutions we create, argued Ben Sauer. Here's how to avoid being shackled by the concepts of the past. 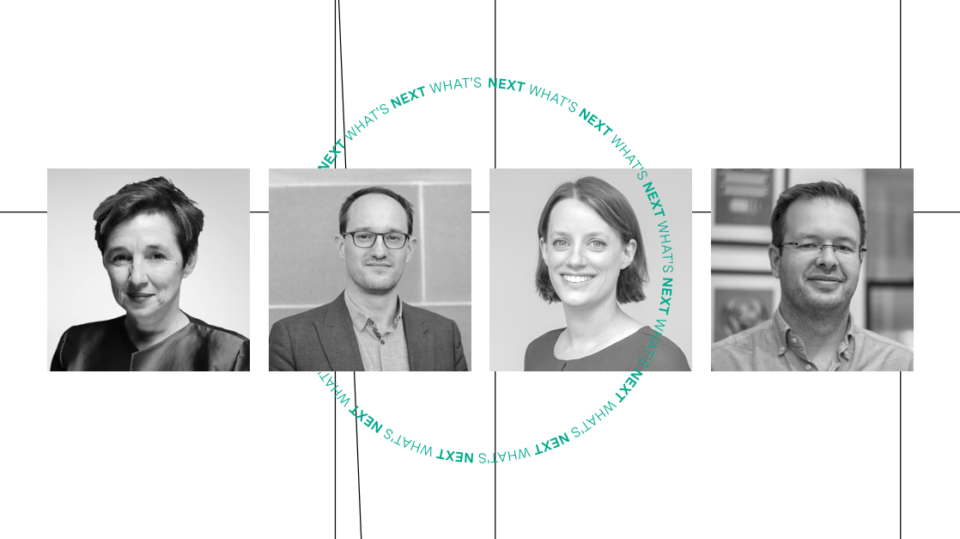 Ben Sauer is a product design leader, formerly employed by Babylon Health and Clearleft. Currently, he works as a freelancer. He also created voiceprinciples.com so designers can find all the best voice design principles and metaphors in one place. Despite this, he’s spent many hours at home removing the ridiculous things that his kids have added to Alexa’s shopping list.

During the seventh episode of What’s NEXT, he explored the stories we tell ourselves in periods of change — and the sorts of metaphor that facilitate new paradigms, and those that hold us back.

Sauer has a theory: in times of change, when new technologies — or, indeed, crises — emerge, we need ways to navigate that change.

“The metaphors that we use to operate in that change are actually often what defines how we respond,” he said. Some organisations are going through several years of digital transformation in only a few weeks; the pandemic has been a kind of a forcing function.

Previous What’s NEXT? guest Benedict Evans suggested that we’re going through this vast forced public experiment to find out which bits of human psychology will align with which kinds of tool, Sauer reminded us. Up until now, we’ve been using those tools to do the same work we normally do, but at a distance. What if this becomes the only way we work? How does that change things?

There is a historical mistake that we make when new technology emerges called The Tiller Problem. When the first cars were invented, one of the first steering input devices was a tiller, the steering mechanism from a small boat. They’d made the connection between small vehicles and small boats.

“And that seemed to work so, okay,” said Sauer. “Now, of course, the steering wheel existed on a ship already, but they didn’t use the large vehicle metaphor, they used the small vehicle metaphor, and applied the tiller. They eventually found that it really wasn’t actually very good as a device to steer things.”

Now you can see this pattern play out a few times in the past 150 years, continued Sauer. Directors filmed as though the camera was the audience of a theatre. It took them several years to discover things like the edit or the close up; all the things we take for granted in film today. They required people to actually throw away that old analogy, and think of a new language of film.

VR and AR are going through this at the moment. When VR first emerged, people started to ask what it was for. Games? Narrative? Work?

“I would argue that the language of VR and AR hasn’t emerged yet,” he said. “We haven’t immersed our brains in it and designed it properly yet.”

Clearly, he pointed out, conference organisers are having to rethink things, too. His very presence on What’s NEXT? is a symptom of that. But what metaphors do they need to let go of?

“One thing that I’ve seen a lot of conference organisers do recently is to try to replicate things like the coffee break,” said Sauer. “In a virtual conference, what is that?”

Virtual environments lack many of the subtle clues, like body language. Douglas Rushkoff talked last week about mimesis, which is learning from the presence of another person. That’s very different to what a tool like Zoom can offer. Now, these video conferencing tools have become a necessity, we have to really think about how we’re going to use them. The danger of applying old metaphors is that they can sometimes hold back your thinking.

But of course, the tricky part is that metaphors and analogies are also needed for the acceptance of a product, said Sauer.

“Now, if you think about it, Google Docs was actually replicating the familiarity of a Word document,” he said. “Even though I would argue probably hardly anybody prints these out, it’s still using the metaphor of paper, because people needed to feel comfortable with that metaphor, in order to have it replace Word.”

F. Scott Fitzgerald said that the test of a first-rate intelligence is the ability to hold two opposed ideas in the mind at the same time, and still retain the ability to function.

“So if you’re creating something new, you have to really separate out the metaphors that might accidentally hold you back or chain you to old thinking,” he said. “But you also need to be aware that in order to have a new trend or a new product accepted, you might need to apply a metaphor for people to accept it.”

People describe the healthcare company Sauer worked for as the “Uber of healthcare”. They were nothing like Uber — and they still aren’t. But people needed to kind of hear something like that in order to accept the change. In fact, Babylon Health essentially started out by replicating doctor’s appointments in a digital form: a video call.

But let’s say we stripped out the traditions and the economics of health care and said, “how would we run a healthcare service from scratch with today’s tools?” Well, the truth is, says Sauer, that you probably wouldn’t run it based on 10-minute doctors’ appointments, you would do smarter things like different forms of communication with your doctor. You would triage people depending on what’s wrong with them.

“And we’re only now several years into kind of telehealth, seeing technologies emerge,” he says. “So you can see there that the application of the metaphor of primary care and a doctor’s appointment was actually potentially something that needed to happen, but ultimately, may have held the space back.”

“Now, you may not know this, but people have been dreaming about what voice is good for literally thousands of years,” explained Sauer. “Aristotle said that there’s only one condition in which we can imagine managers not needing subordinates and masters not needing slaves: each instrument could do its own work at the word of command or by intelligent anticipation.”

Today’s technology breathes life into that 2 millennia-old dream and Sauer thinks it’s lovely that Aristotle said this because he could be seen as the father of computing itself, as the inventor of logic.

The truth, though, is that most of our voice technology is not capable of a human level conversation and isn’t smart enough yet, and may not be for many years.

“It doesn’t look like machine learning and deep learning will necessarily get us to replicating our own intelligence,” he said. “I would argue, we don’t even know how our own intelligence actually works. So how can we possibly argue that we’ll get there anytime soon? “

Maybe if we stop thinking of the utopias and start thinking about more practical realities, maybe we just need voice to help us stop touching things like kiosks? That’s what we need to reduce disease transmission.

And that brings us to the contact tracing apps that many nations are building to help deal with the Covid-19 crisis. Sauer goes in an unexpected direction, talking about… cordless kettles?

Designers created them for an extreme case, he argues, of the elderly or people with serious mobility issues. But they achieved a better design for everyone. And he argues that those contact tracing apps should have been designed for extremes in exactly the same way.

“So what’s the minimum technology that people carry around with them? Old iPhones, old Android devices. Work with those because frankly, everybody deserves the right to be free of Covid-19. And so that’s the way we should be designing.”

This is a summary of an interview with Ben Sauer, conducted by David Mattin and Monique van Dusseldorp during the NEXT Show on June 18th 2020. You can catch up with Ben and his work on his website or on Twitter.